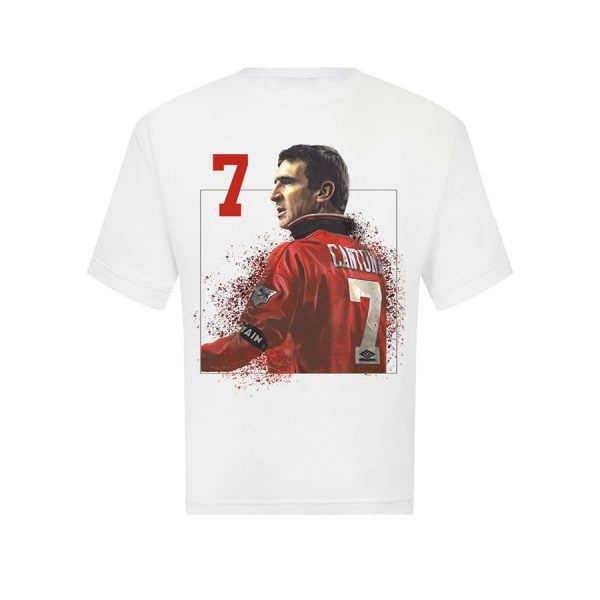 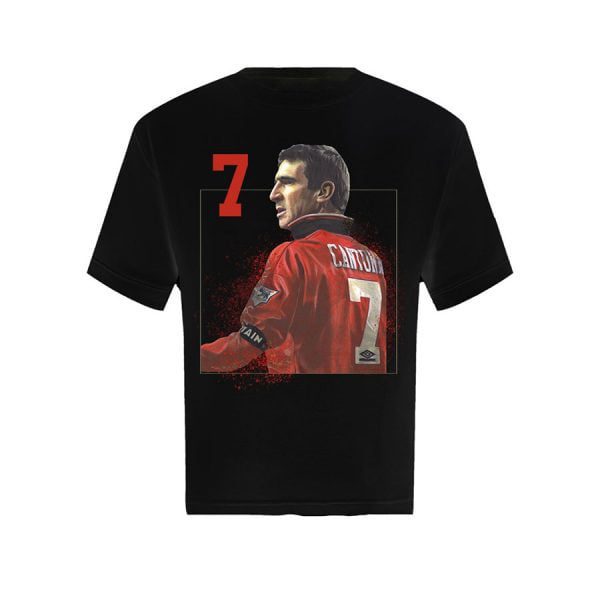 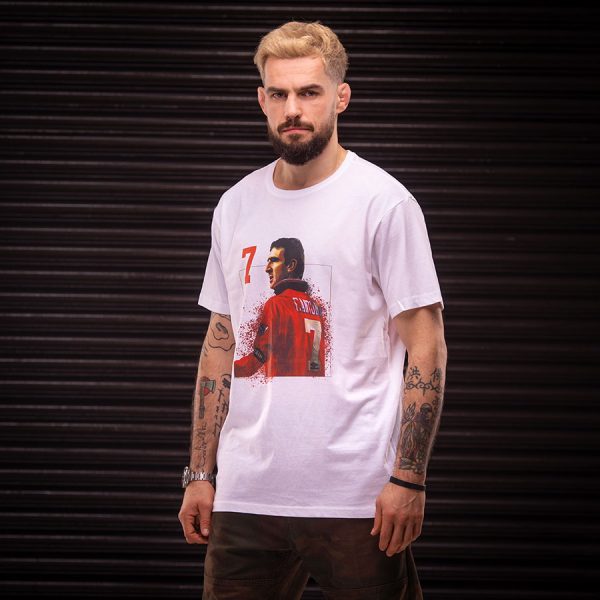 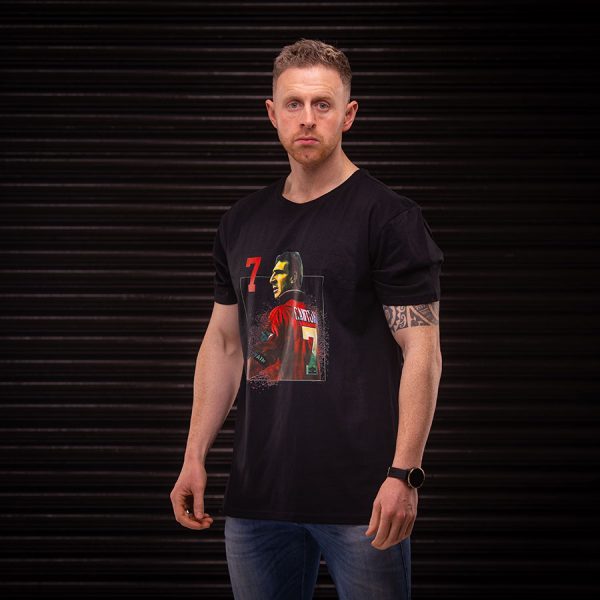 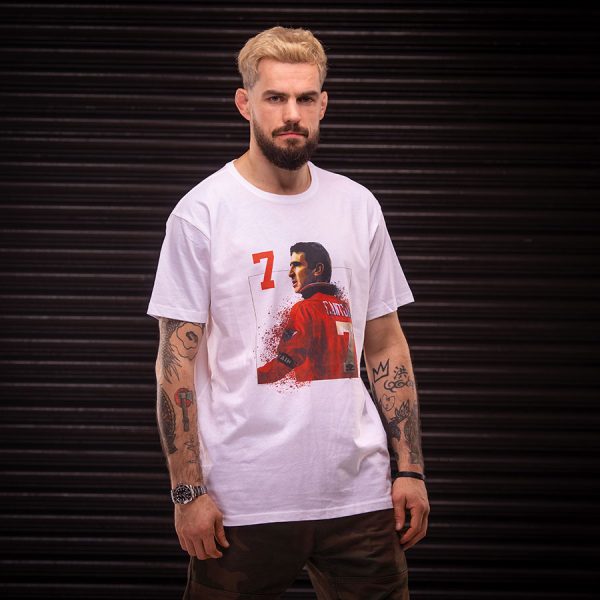 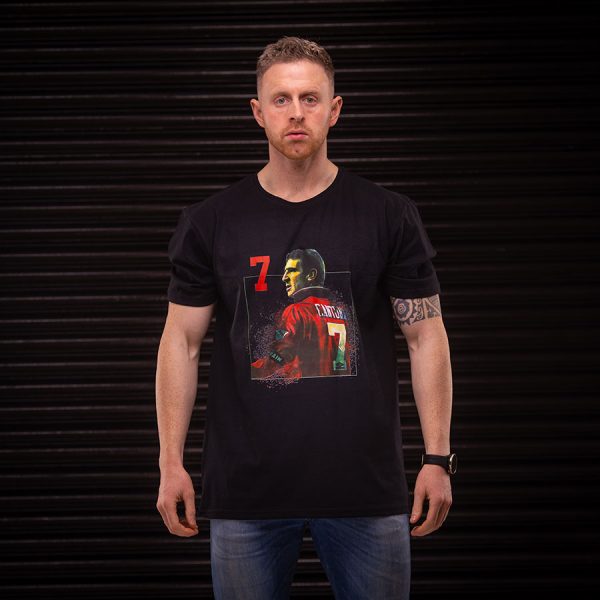 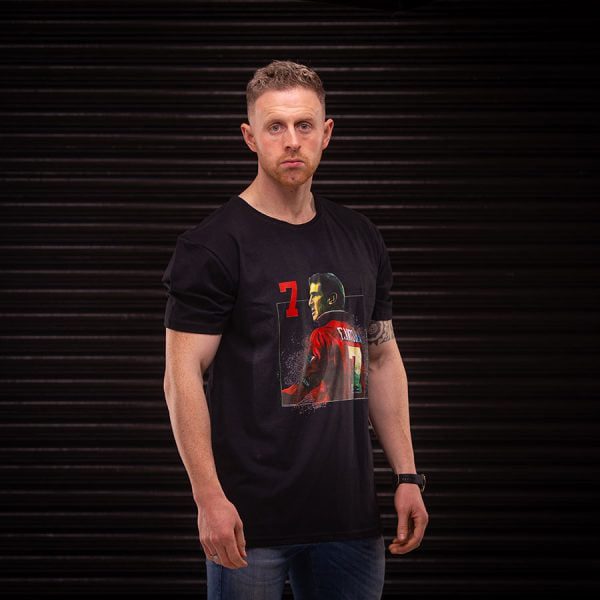 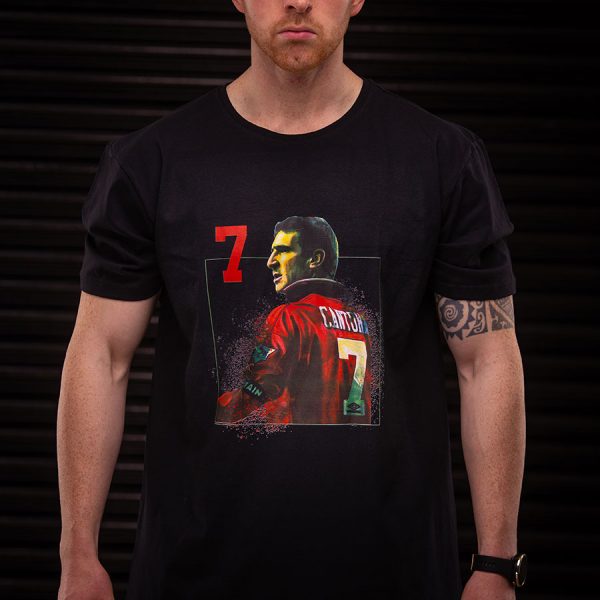 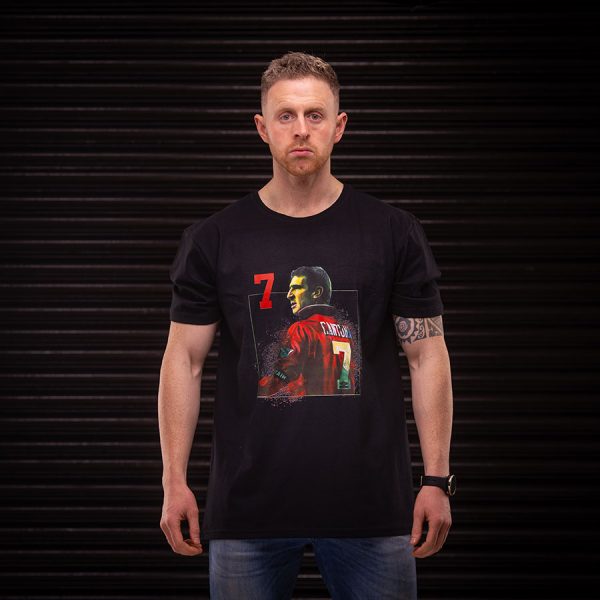 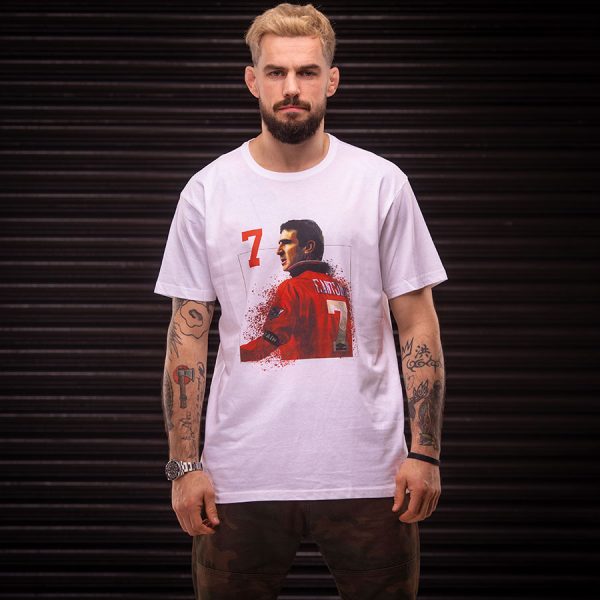 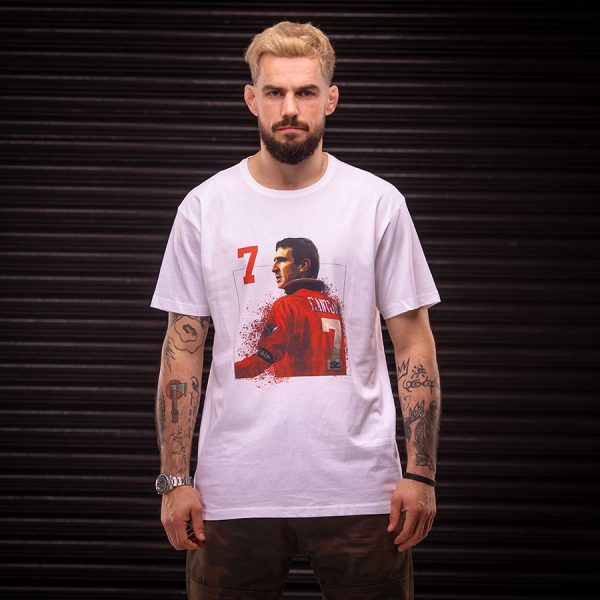 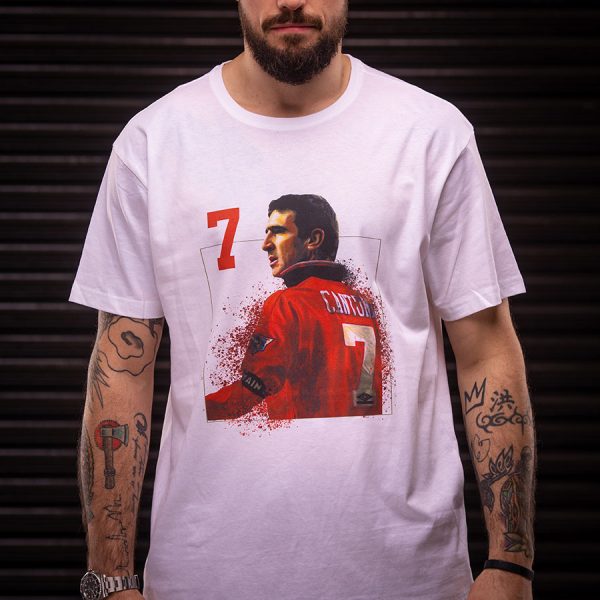 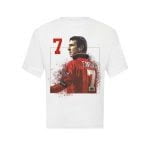 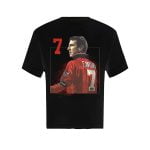 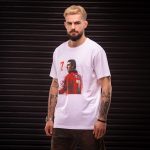 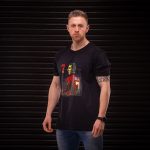 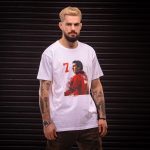 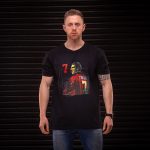 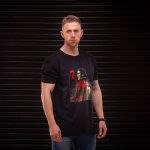 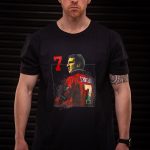 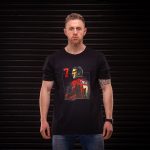 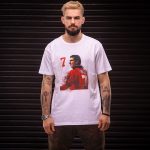 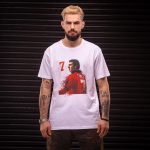 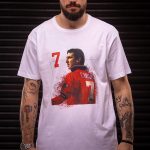 Our Eric Cantona high quality short sleeved Football T-Shirts have been designed by talented artists and come in a choice of colour either black or white, with sizes ranging from extra small to XXL, sizes to fit everyone. Choose your favourite Eric Cantona T Shirt or take a look at the full range of football merchandise available.

‘King Eric’ is an Old Trafford legend. He signed for Manchester United in November 1992 having already won the old Division one title with Leeds United in season 91/92. Cantona was the inspiration for the class of ’92 kids that would drive United on to unparalleled success in the latter part of the nineties under the leadership of manager Sir Alex Ferguson. The one major blemish on his record was the famous ‘Kung Fu’ kick on an abusive fan at Selhurst park in January 1995.