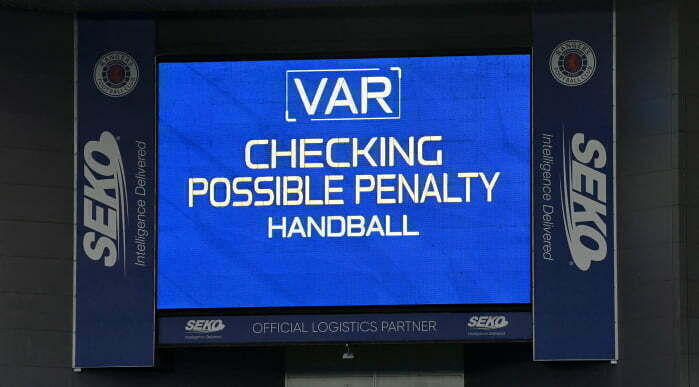 VAR was never likely to sneak quietly into Scottish football.

For the second successive weekend the technology succeeded in irking managers with the decisions it settled upon.

Given that the VAR officials are named along with the match officials for the game, it would be a sensible idea to allow for a post-match explanation for why certain calls were made and why.

The Michael Smith handball/not handball at Tynecastle last weekend in the game against Celtic would have been a fairly obvious one for someone to talk through.

Derek McInnes and Liam Fox this weekend would no doubt have been keen to hear explanations for decisions given in their respective games.

If there is a move towards transparency and keeping everyone in the loop, allowing officials to be quizzed on how they settled their minds one way, or another would be interesting to hear.