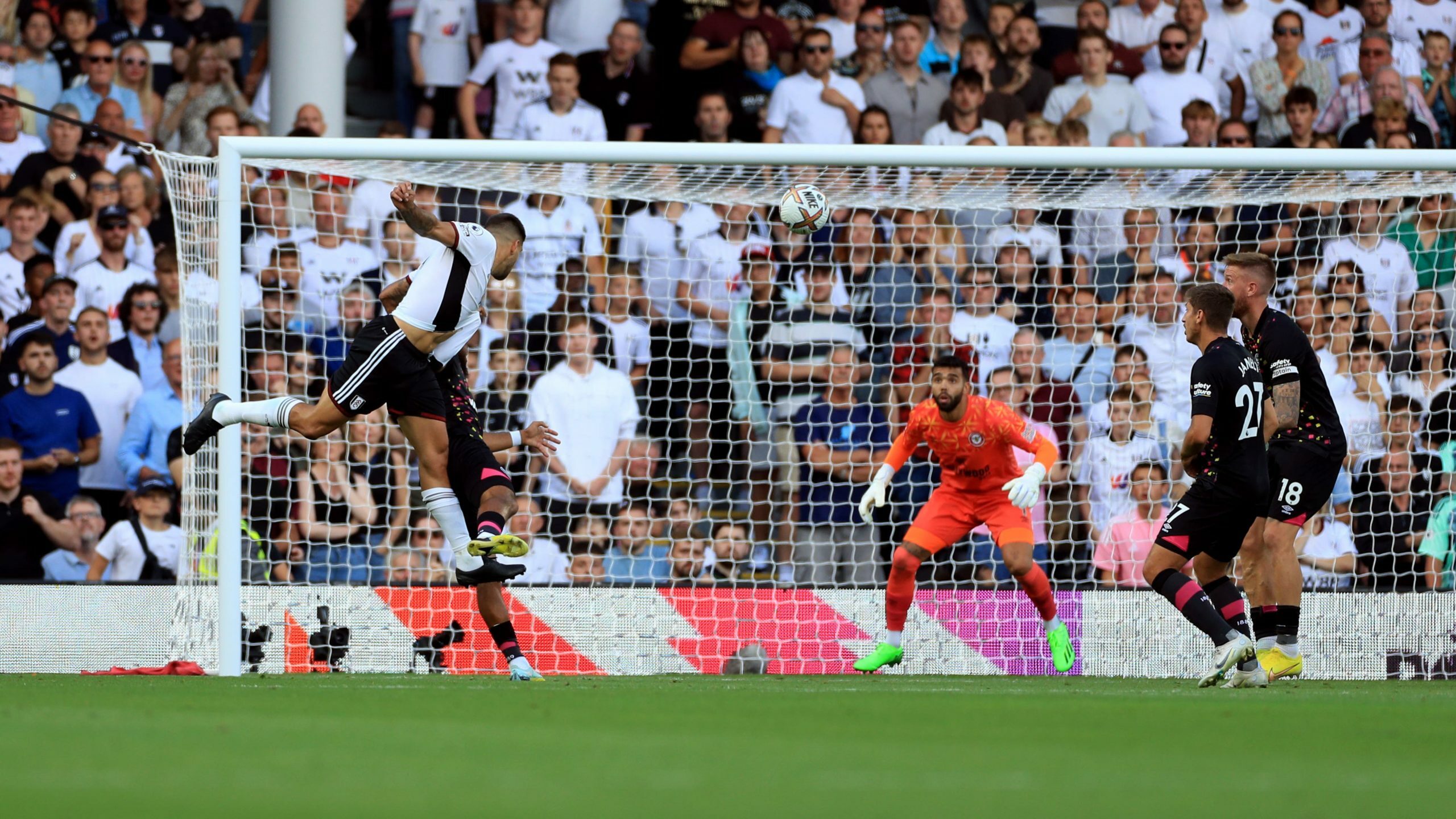 The Serbia striker converted Kevin Mbabu’s teasing far-post cross at the last, just as Fulham were fearing to have squandered victory after surrendering the 2-0 lead they established inside the opening 20 minutes.

Marco Silva’s men sealed their first win of the new Premier League campaign thanks to Mitrovic’s second goal of the term – but also two disallowed goals from Ivan Toney.

Brentford striker Toney saw two fine finishes ruled out for offside, only to make it what he thought would be third time lucky when he tapped home to level the scores at 2-2 in 71st minute, with the Bees then expecting to steal at least a point.

However, Mitrovic grabbed the last word for Fulham in another hugely entertaining and high-quality top-flight battle.

Bobby Decordova-Reid had Fulham 1-0 to the good after just 45 seconds, before Joao Palhinha doubled that lead with a powerful header.

Christian Norgaard and deadly striker Toney dragged Thomas Frank’s impressive Brentford back into the equation, but despite that commendable rally Fulham still found another gear.

The promoted Cottagers can now look proudly back on an opening three games comprising creditable draws against Liverpool and Wolves – and now a win snatched in front of watching owner Shahid Khan.

Decordova-Reid had Fulham in front before Brentford had hardly even blinked, let alone settled down.

Mitrovic cut a low ball square into the six-yard box, Jay Stansfield’s strike was deflected onto the bar and back into the goalmouth and Decordova-Reid broke first from the melee to tap home.

Mitrovic thought he had doubled the lead by tapping in after David Raya palmed away his header.

But the Serbian was offside from the initial cross and the goal was chalked off without delay or argument.

Palhinha did make it 2-0 just a matter of minutes later however, thumping in a fine header from Andreas Pereira’s corner.

Either of Mitrovic or Palhinha could have buried the chance, with the Whites duo queuing up to latch onto the cross.

The hosts had dominated the opening half-hour with precious little by way of Brentford riposte.

And that set the tone for Frank’s men to battle back into the contest.

Norgaard’s crisp volley nestled inside the post from Mathias Jensen’s corner as Brentford troubled the scorers and struck doubt into Fulham minds.

Fulham took that 2-1 lead into half-time, but then wound up very lucky not to concede again straight after the break.

Toney drilled home on the spin to cap a fine Bees raid, only for VAR to strike off the effort for offside.

Fulham sharpened up quickly after that major reprieve, but Mitrovic saw his firm strike rebuffed by Raya after breaking clean through.

Toney had the ball in the net for a second time for Brentford just past the hour, but again the striker was offside.

Mitrovic thought he had scored after meeting Mbabu’s fine cross with a thumping header, only for Raya to produce an instinctive parry.

Just as Fulham started to fear the worst however, up popped Mitrovic to power home a far-post header and snatch back the lead at the end.

Mbabu’s influential cameo paid dividends as it was the wideman’s ball that allowed Mitrovic to bury the winner.