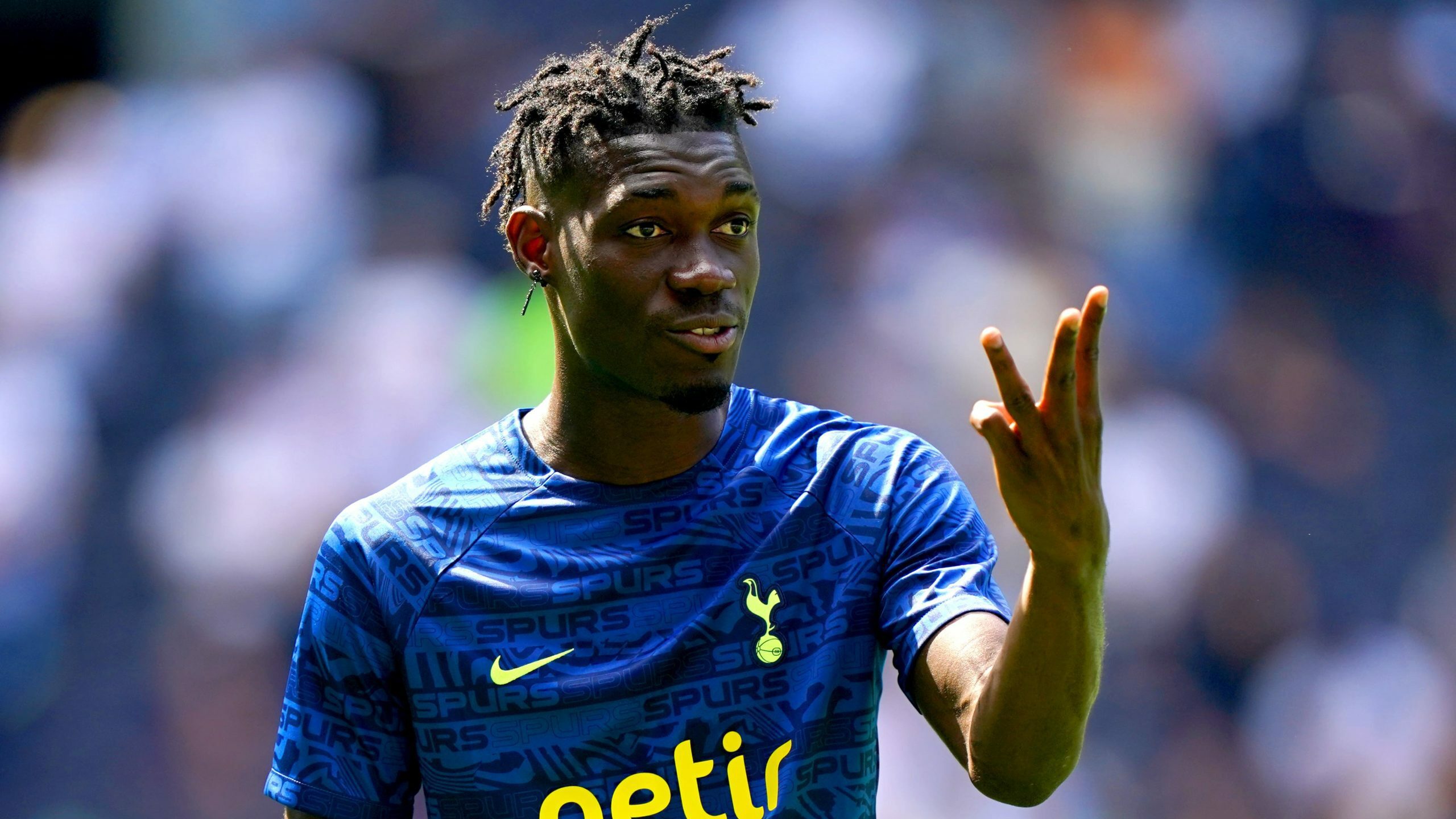 Antonio Conte has given Tottenham midfielder Yves Bissouma a timely boost by telling the summer recruit he will be counting on him after the international break.

Mali international Bissouma has struggled for minutes since his £25million move from Brighton, starting only one of the club’s opening eight matches and failing to be used off the bench during Tuesday’s 2-0 loss at Sporting Lisbon.

While the 26-year-old is likely to be named among the substitutes for the clash with Leicester on Saturday, Conte has explained Bissouma’s slow start at Spurs and also promised he will be used more during a seven-week spell from October 1 where they will play 12 times in the Premier League and Champions League.

“The only (new) player that is struggling a bit with the tactical aspect is Bissouma, but also he is improving a lot in every aspect, so I am sure when we start again and play 12 games, for sure he is another player I can count on,” Conte said.

“When you have the possibility to work, to have more time, especially with new players, you can bring all the players into our idea of football.

“For sure in this first part of the season I wanted to play with the old players because they knew very well which is our idea of football, but now I think we are doing good steps with Richy, with Clement (Lenglet) and with Ivan Perisic.

“With Bissouma, we are trying to accelerate this process, but for sure when you arrive in a team well organised with an idea of football, you need a bit of time to go into this idea of football.

“But I think that in the next 12 games, I have at least three players that I can count on much more in the way that I did in these seven (sic) games.”

The other two players Conte referenced without naming in the trio he will count on after the international break were Matt Doherty and Oliver Skipp.

Both established themselves in the Italian’s starting line-up last season but saw injuries curtail their campaign and a disjointed summer followed.

Skipp is now fully over his pelvic injury, and the heel issue he sustained in pre-season, while Doherty appears closer to his best after a knee problem in April with the duo set for much-needed minutes when away with England’s Under-21s and the Republic of Ireland respectively next week.

Conte added: “We had players like Matthew that had a serious injury and I said in the past that he is struggling a bit to come back the player I knew last season.

“It was the same with Skippy because in this period, Skippy was injured with a serious injury.

“Skippy is really young and we’re talking about a prospect but for me he’s always been reliable and for this reason I count on him.

“It has to be very clear because for me Skippy is an important player and as a midfielder, also gives me the opportunity to make rotation. For sure in the next 12 games, he can have a better physical condition and I can count on him, Bissouma and Matthew.

“We need all the players because every game is massive. For this reason we need to have energy, energy, energy. If we think we have to play with the same players, we’re not going to have good results.”