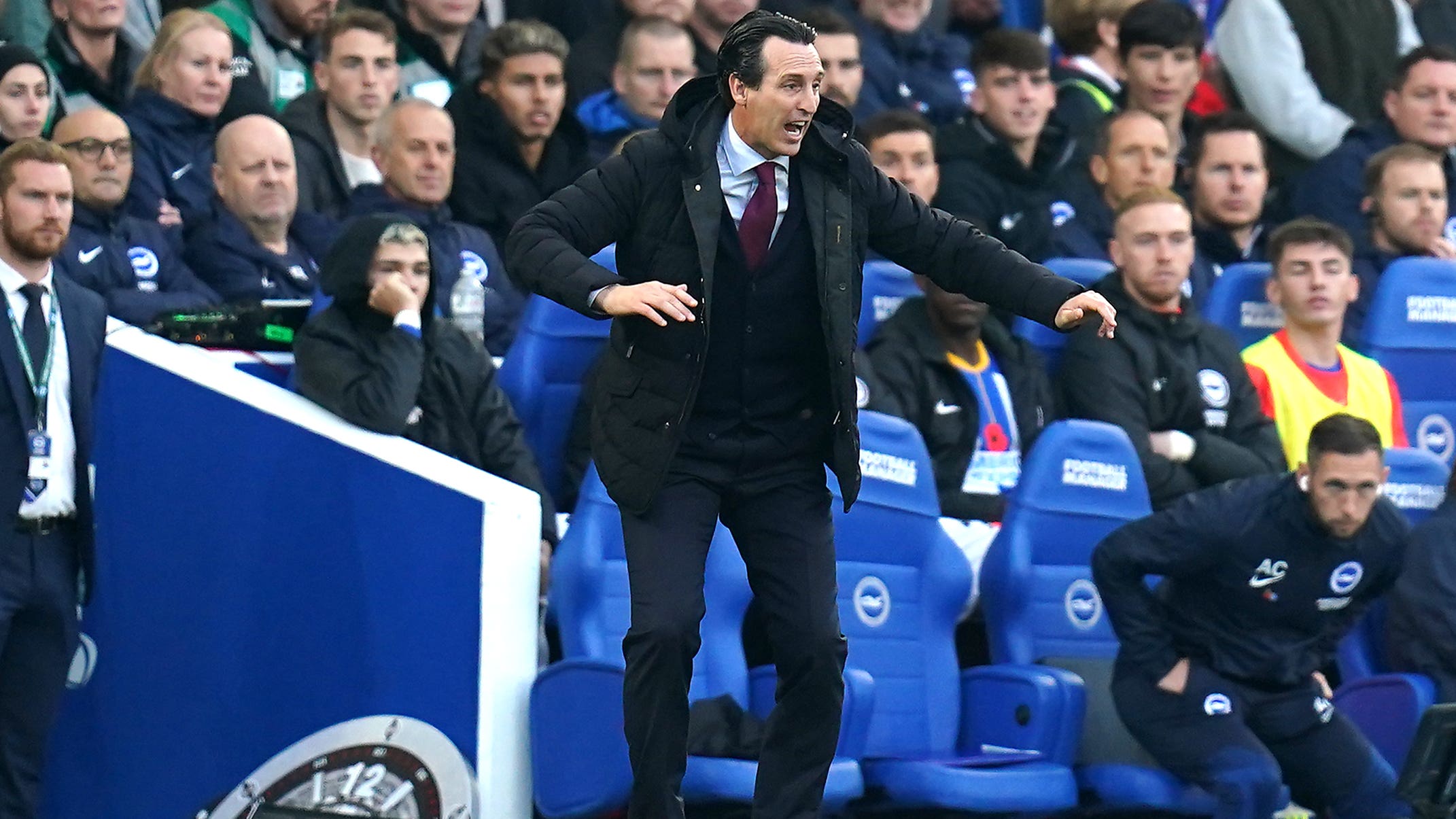 By Press AssociationNovember 14, 2022No Comments

Unai Emery believes Aston Villa can return to Premier League action in December looking up the table after heading into the World Cup break on the back of two much-needed wins.

A Danny Ings’ brace earned a 2-1 victory at Brighton on Sunday which backed up Emery’s debut triumph in charge against Manchester United.

When the Spaniard succeeded Steven Gerrard Villa were perilously close to the bottom three, but consecutive wins have moved them up to 12th and given them a five-point cushion over the relegation zone.

“The players, they were feeling that we were in the bottom of the Premier League and these two big victories give us confidence and six points,” Emery said.

“With six points we are now 12th and now thinking more to achieve the next position looking in front, looking up.

“We play after the break against Liverpool at home and then we are going to play Tottenham away. They are very difficult matches, but I want to create a good spirit, be organised defensively and offensively to be strong.

“I think these six points keep us calm for the work in the next weeks and will keep us with a good atmosphere.”

While Emery was delighted to end Villa’s away day blues in the Premier League at the eighth time of asking, it was a different story for his opposite number.

Roberto De Zerbi was left frustrated by the result and the performance of referee Christopher Kavanagh but reflected on a job well done since his appointment in September.

Brighton are seventh in the table and have achieved notable victories over Arsenal and Chelsea under the Italian but have also lost four of his nine matches.

De Zerbi said: “I am very happy, really happy, but not for this result or the place in table, I am happy because it was a very important period for me and my staff.

“I spoke with my players after the end of the game and I say thanks because in this period they were fantastic with me and my staff.

“We have to stay alive, alert and we can arrive high in the table, for sure. I’m positive for this.”

De Zerbi handed Levi Colwill his first Premier League start and the Chelsea loanee caught the eye with an assured display days after impressing away to Arsenal in the Carabao Cup.

“Yes, I am happy for Levi. He was ready to play and he showed me, and all the people, his quality,” De Zerbi said.

Brighton’s boss is eager for reinforcements in the January transfer window but does not envisage any issues.

He added: “We haven’t spoken yet with the club, but I think we need something to complete the squad.

“We have some positions of the pitch where we have to do something for sure. But I think that will not be a problem.”