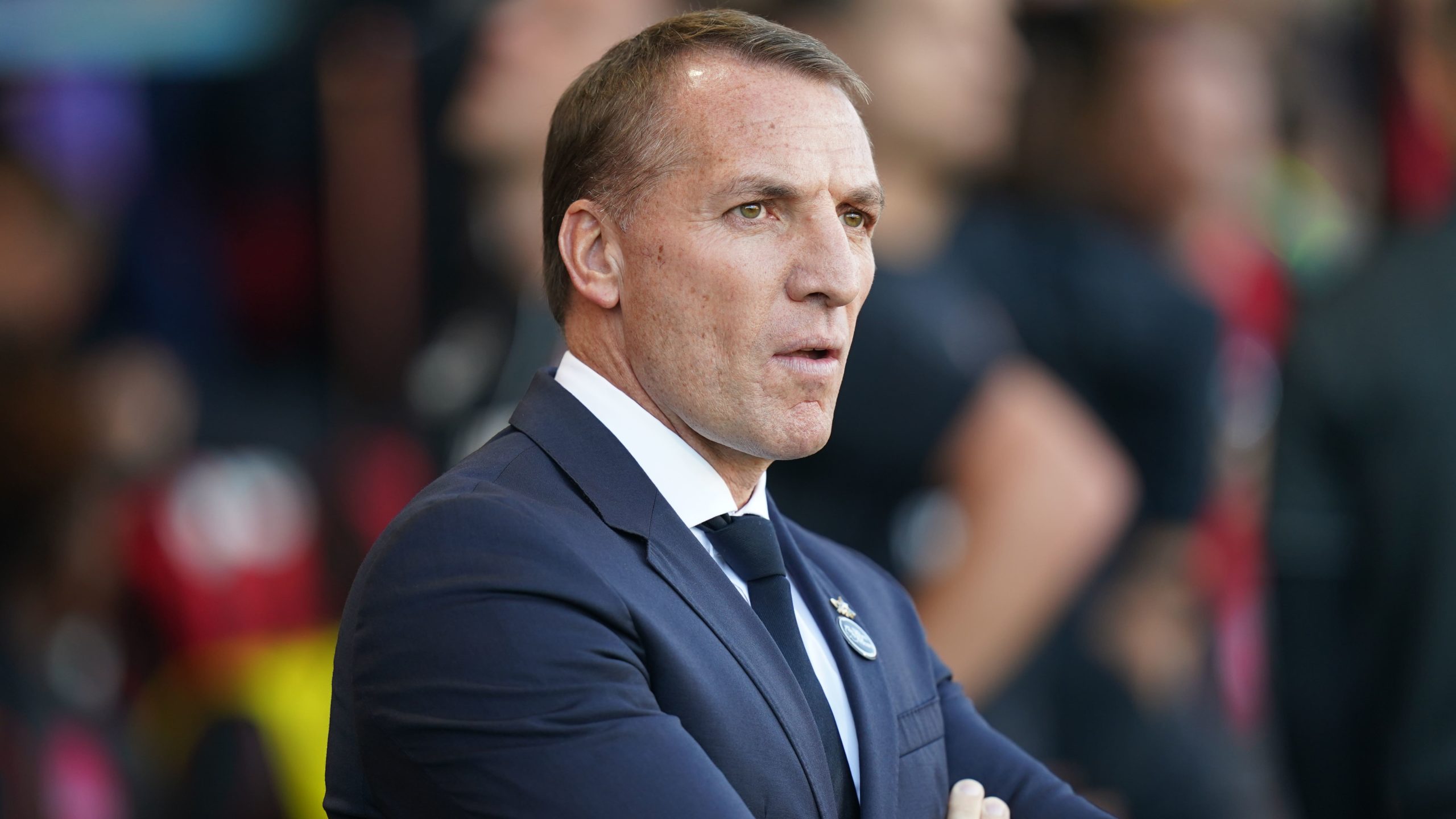 Brendan Rodgers excited by biggest challenge of his career at Leicester

Leicester boss Brendan Rodgers knows he faces the biggest challenge of his career – but wants to prove his worth.

The rock-bottom Foxes host Crystal Palace on Saturday with Rodgers battling to turn their season around.

He has been clear since the summer that the Foxes face a battle after failing to significantly improve the squad and selling £70million Wesley Fofana to Chelsea.

They have lost seven of their opening nine games and, when asked if this season would be his toughest in management, Rodgers agreed.

“Yes – but it’s one that I’m excited about. I’ve been fortunate in my career,” he said.

“Yes, I’ve lost my job a few times but I’ve also won trophies. I’ve had great moments but this is now a big challenge for me but it’s a great coaching challenge.

“I think the respect the owners have given me is because they have seen my work here over three-and-half-years. They know the level of work we do.

“But I also respect we need performances and results – and I believe we will get that. Patience is going to be important this season.

“When I came through this door there is certainly no lack of ambition but I’m also a realist.

“That’s not being defeatist or not having confidence in the players. It’s trying to set an expectation and a reality of where we’ve been at, how the market was really difficult for us and assessing and observing the other teams’ improvements.

“Forest have spent £150m on new players and then you have the other teams. When we were nowhere near that market that tells you something.

“Players see that as well and also we see where the squad is at and where players maybe are in terms of age and everything else. It’s changed from when I first came in nearly four years ago. It’s a long time.”