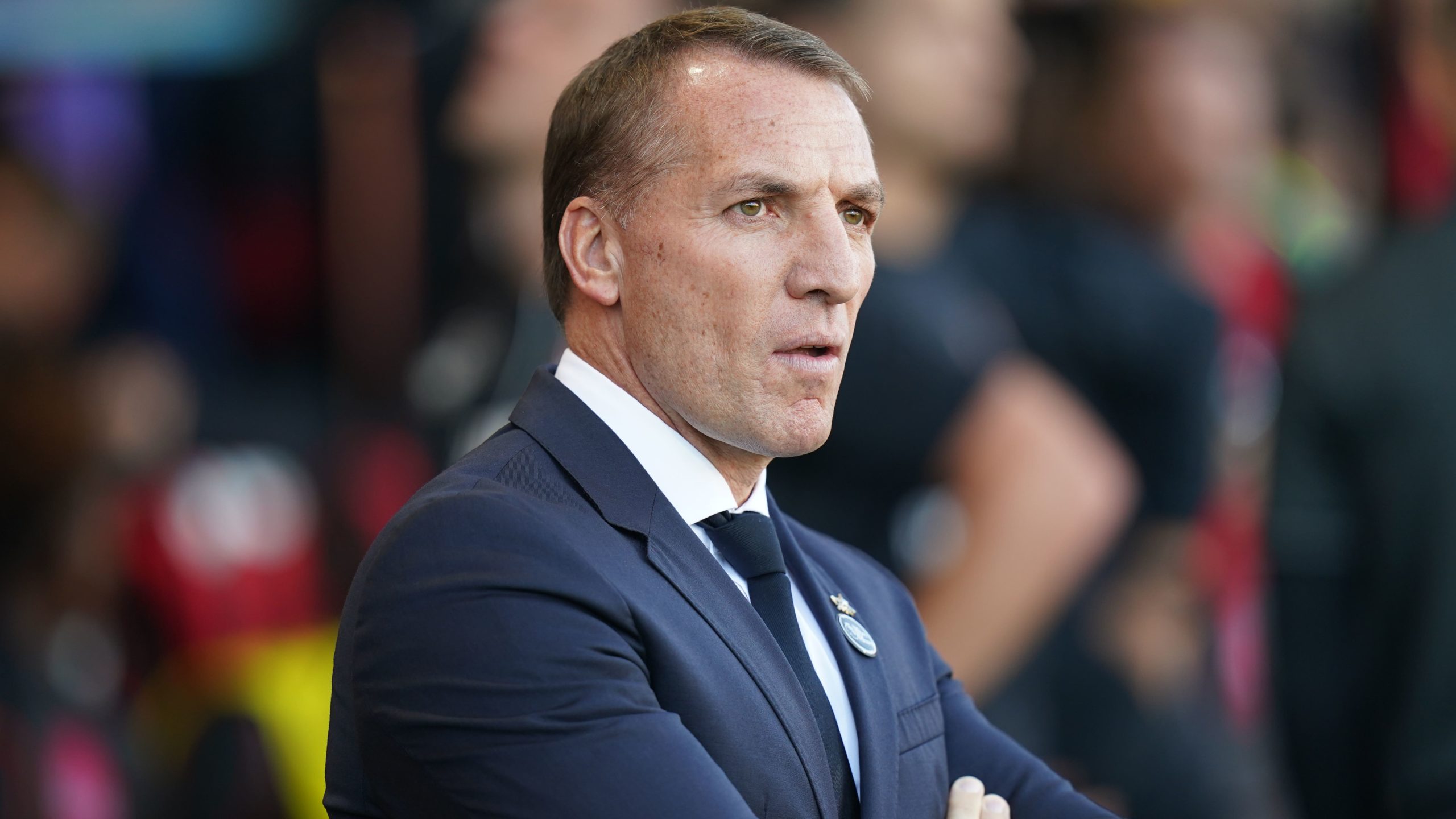 Leicester boss Brendan Rodgers continued to shrug off speculation about his position ahead of the Premier League clash with Leeds.

A section of the Foxes’ fanbase called for Rodgers to be sacked following last weekend’s goalless draw with Crystal Palace, which left them mired in the relegation zone.

“It’s all the narrative that is out there,” he told a press conference on Tuesday.

“My only focus is on the game. I know the storyline and I know what the narrative wants to be.

“My dedication is only with helping the team improve. I respect wholly the views of fans and opinions that will come whenever you don’t win games. I totally understand that.

“My focus is purely on improving the team to finish the season in the highest possible position they can.”

Rodgers said he had not had any further meetings with chairman Aiyawatt Srivaddhanaprabha, adding: “We all have the same aim. Our aim here at Leicester is to climb the table and we’re all fighting to do that together.”

The Foxes’ 4-0 victory over Nottingham Forest two weeks ago looked like it might kickstart their season but it remains their only win and even three points on Thursday would not be enough to lift them out of the bottom three.

Rodgers has taken heart from improvements at the back, though, and now wants to see a greater impetus going forwards.

“It’s slow progress for us this season but, if you look at our last two home games, we’ve kept two clean sheets, which was important, and defended the transition much better,” he said.

“It’s just now about attacking the box much better. I see the team every day and I see the confidence in the team. From a management perspective, it’s the job.

“At times you have rocky periods as well as triumphant periods. I’ve always felt with this squad we’ll make progress as the season goes on.

“Against Crystal Palace we felt we deserved to win the game. We didn’t concede so much against a good attacking team and we created some opportunities, but I would still like to see us have a greater desire to score more and get up there then show that final bit of quality.

“I’ve got no qualms about the players’ effort and their attitude. That’s what we’ll look to bring into our next game. The two teams that are up next are good challenges for us and give us that opportunity to get the results we want.”

Leicester will be without two key men in the suspended James Maddison and defender Jonny Evans, who continues to struggle with a calf injury.

Maddison serves a one-match ban having picked up five yellow cards, and Rodgers said: “It’s an opportunity for someone else to come in. He’s been a creative force and it’s his work-rate as well. He offers more than goals and creativity.

“Jonny won’t make the game. We’ll see how he is for the weekend (against Wolves).”