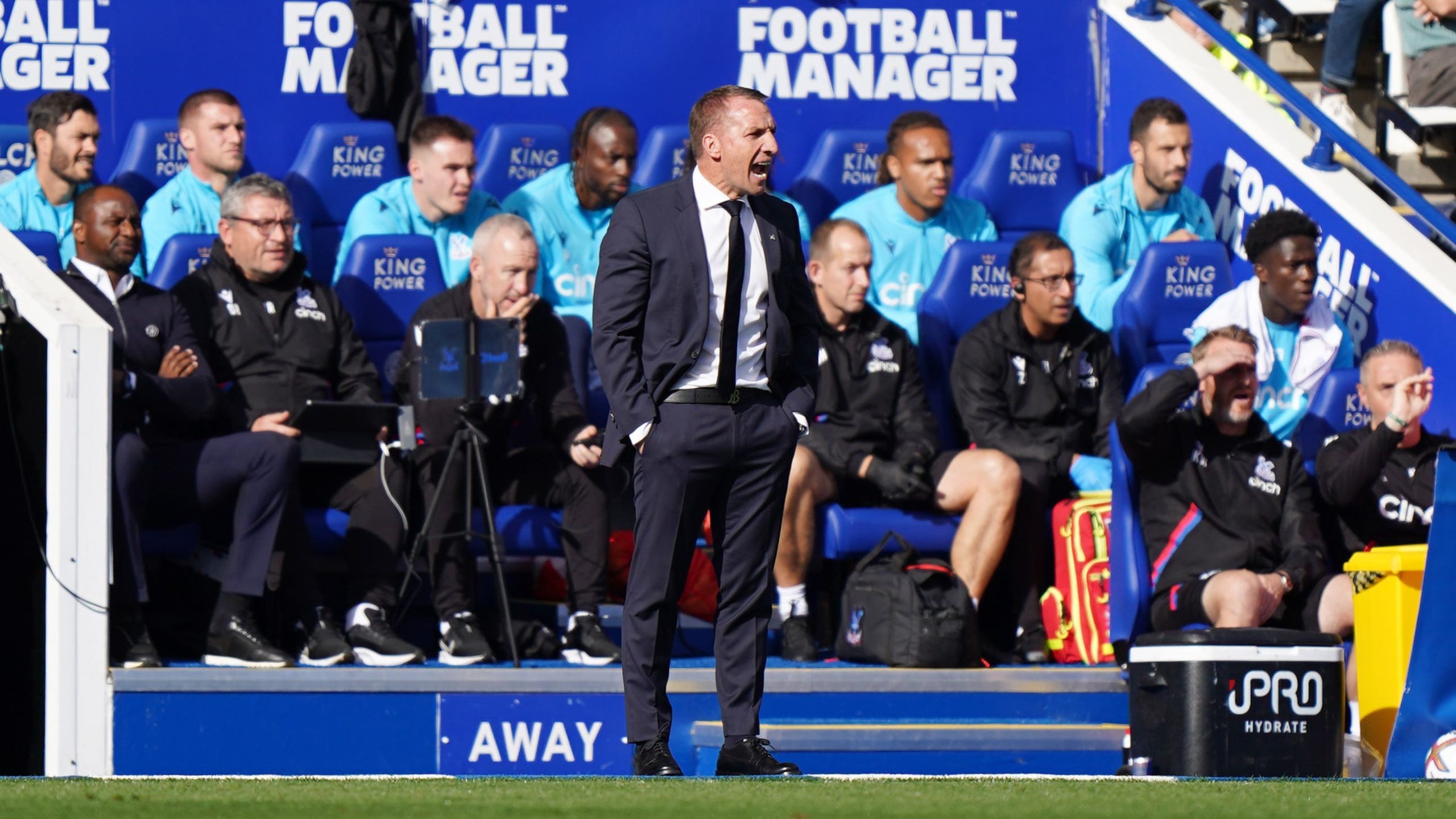 Brendan Rodgers stands by his record as pressure grows at Leicester

Under-fire Leicester boss Brendan Rodgers says he is not expecting the sack despite fans calling for his head after the 0-0 draw with Crystal Palace.

Fans booed and called for Rodgers to be sacked, holding up a sign in the stand that said it was “time for action”, but the Northern Irishman is not expecting to go anywhere.

He revealed he met with owner Aiyawatt Srivaddhanaprabha, who was seen shaking his head at full-time, and had good conversations.

Rodgers said: “Top is a good guy and it is amazing for him to be here. You have to fit the story, we haven’t won a game of football and he is like us, he wants to win and do well. There is no issue there.

“They understand the difficulties there is going to be this year, in terms of us not being able to improve but he wants to win.

“But I have always had brilliant support from them. I had long conversations yesterday. I have had no indication of anything, but I understand football.

“It will never change – my feeling for him – if he had to make a change. That is the reality. He is a good guy who inherited a football club in his early 30s after a tragic event and he has been brilliant in that time.

“He has given the football club and me as much support as he possibly could. He has been rewarded for that. Now in a tough period and a tough time he is still being supportive.

“How long that lasts we will see, he will tell me if it changes. Until then I’ll keep working, stay focused and take it from there.”

Rodgers says he is used to receiving criticism, having done so despite achieving recent success.

“If you’re towards the bottom of the league, then you’re going to have critics,” he said. “But I had critics here when we were wining the FA Cup, and we were fifth.

“It’s the game, it’s the nature of it. My dedication and focus is for the players, to the get results and hopefully bring the results to the supporters.

“I can regulate that pressure, there is no problem with that. I understand, when we were finishing fifth and winning the FA Cup I had critics, when you are at the bottom you will definitely have critics.”

Maddison’s World Cup hopes are surely over after failing to produce anything extraordinary in front of Southgate. His late booking for diving means he will be suspended for the next match against Leeds and will not play again before the England boss names his squad.

Rodgers said: “You can’t judge him on this one game. I thought he had a good game, I thought he was really creative. He is a guy playing out of position for the team.

“He is one of the most talented creative players in the league. He is a top player at this level. I thought he had a good game, unfortunately at the end he is obviously looking for the penalty.”

Palace boss Patrick Vieira is still waiting for his side to win away this season but bemoaned the lack of quality in attack.

The visitors stuttered to just one shot on target in the 90 minutes and did not look like scoring.

“I think it was a challenging, difficult game for us, we came with the intention to play better than what we did,” the Frenchman said.

“We didn’t take enough risk, we didn’t play forward enough, we lacked tempo and the quality of our ball we didn’t do enough to win the game.

“In the other side, we were solid enough not to concede a goal. I wanted more from the team going forward because we have the quality.”