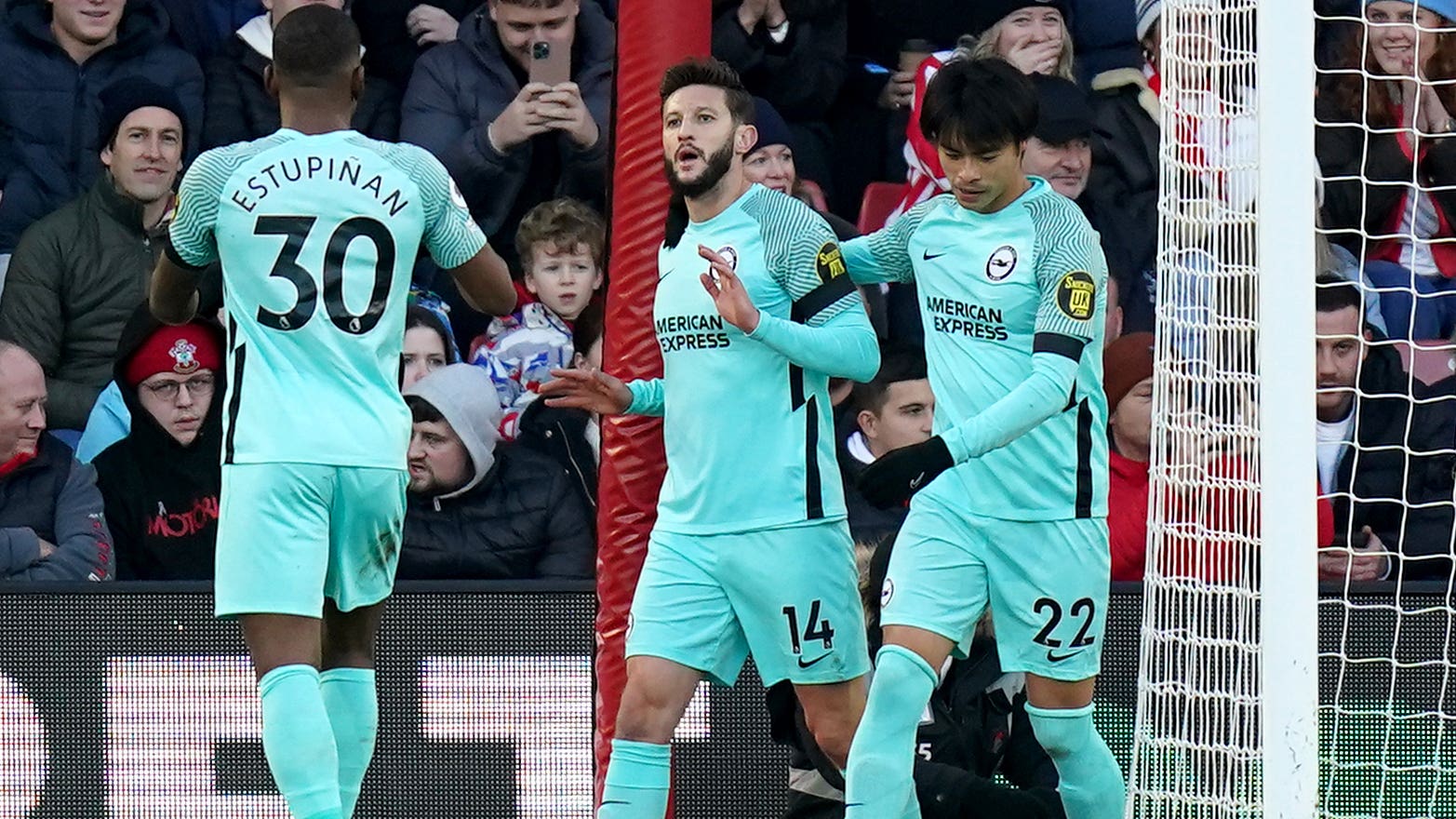 James Ward-Prowse pulled a goal back by heading in on the rebound after his 73rd-minute penalty was saved by Robert Sanchez but a Southampton fightback never looked likely.

Defeat for the error-strewn hosts means they remain languishing in the relegation zone and leaves Jones, who launched his coaching career with Brighton, in no doubt about the magnitude of the job facing him in Hampshire.

The Seagulls, meanwhile, tightened their grip on a top-half spot following a deserved third league win from four games.

Former Luton manager Jones was forced to wait almost seven weeks for his first taste of top-flight action on home soil, having replaced the sacked Ralph Hasenhuttl just two days before a 3-1 loss at Liverpool on November 12.

Things quickly turned sour for the Welshman on an afternoon when his listless team were jeered off at the end of each half.

The Seagulls midfielder turned neatly deep inside Saints’ territory and then played the ball wide to March before darting into the box to direct the subsequent inswinging cross through the arms of the blundering keeper.

Former England international Lallana, who left Saints for Liverpool in 2014 having joined the club’s academy aged 12, was booed in the early stages but his celebration was subdued.

Southampton resumed action following the World Cup with the worst home record in the division and the avoidable opener swiftly prompted grumblings of discontent in the stands.

Captain Ward-Prowse flashed a free-kick narrowly wide to offer some encouragement before the hosts fell further behind in catastrophic fashion to further darken the mood.

Saints’ defence had struggled to contain Pervis Estupinan and Kaoru Mitoma on Brighton’s left from the first whistle and 10 minutes before the break they combined for the former to deliver a tantalising low cross which Perraud clumsily directed into his own goal under pressure from March.

But March soon halted any growing momentum by cutting in from the right to smash a stunning drive into the top left corner from around 25 yards.

As Southampton supporters watched on with gloomy expressions, Brighton’s capacity following revelled in their side’s scintillating display, with chants of ‘the south coast is ours’ followed by ones about the possibility of a European adventure next season.

Saints finally gave themselves some hope when the lively Edozie was felled in the box by Pascal Gross.

Sanchez, who was booked for the delaying of the spot-kick, saved Ward-Prowse’s initial kick after diving to his right but was powerless to repel the follow-up effort.

The Spain international later risked a second yellow card following a clash with Che Adams before Brighton coasted to success on another chastening day for Southampton.