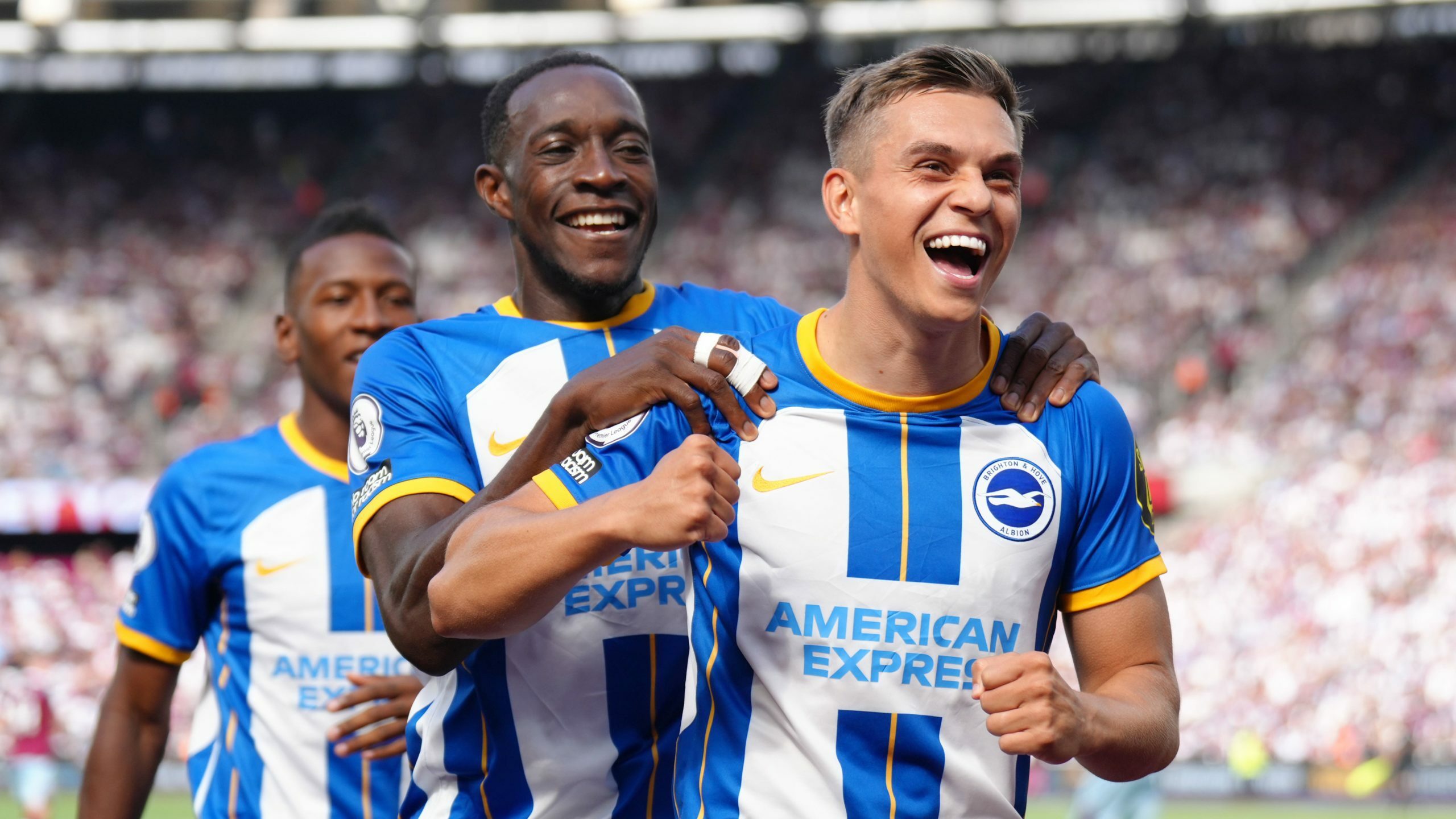 Alarmingly, they have not yet scored a goal in the league this season, so it was surprising to see Gianluca Scamacca, the £30million summer signing who got off the mark against Viborg in Europe on Thursday, back among the substitutes.

New defender Thilo Kehrer was given a full debut, but his Premier League career started inauspiciously when he brought down Danny Welbeck to concede a penalty.

Kurt Zouma had given the ball away in the middle of the pitch and Trossard’s pass found Welbeck, who was tripped on the edge of the area by the £10million signing from Paris St. Germain.

After VAR confirmed the foul was inside the box, Mac Allister stepped up to fire the Seagulls into a 22nd-minute lead.

Kehrer was enduring a torrid debut and after another defensive mix-up found himself wiped out by his own goalkeeper, Lukasz Fabianksi, before the ball was cleared.

With Brighton looking comfortable, Trossard had a shot blocked at the far post and Joel Veltman missed a simple header from six yards.

It was an abject first-half display from West Ham, with Said Benrahma’s early curler which sailed wide their only genuine attempt on goal, and they were booed off at the interval.

Presumably manager David Moyes did not mince his words at half-time as West Ham began the second half with far more purpose.

Scamacca made his entrance on the hour mark, but five minutes later West Ham were hit with a sucker punch as Brighton doubled their lead.

Mac Allister’s pass forward found Pascal Gross, who beautifully held off Zouma while flicking the ball into the path of Trossard for a neat finish past Fabianski.

The visitors could have a had a deserved third but Solly March headed an inviting cross from substitute Pervis Estupinan narrowly over.

West Ham were denied a consolation goal late on when Sanchez palmed headers from Jarrod Bowen and then Tomas Soucek over the crossbar.