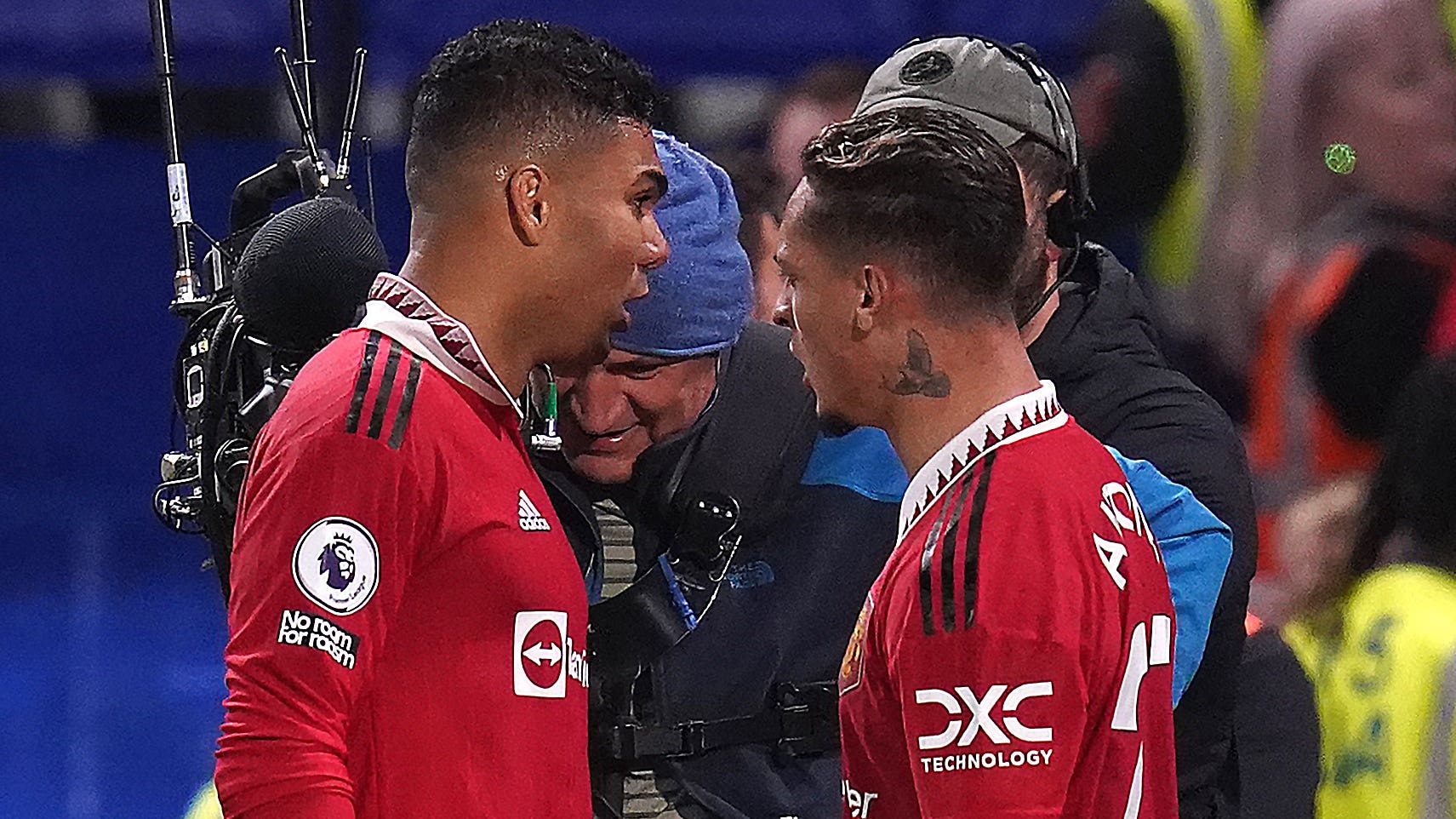 Casemiro’s stoppage-time header scrambled Manchester United a point in a 1-1 draw at Chelsea.

The Brazil midfielder levelled by the slimmest margin, with goal-line technology rightly awarding his effort at Stamford Bridge.

Goalkeeper Kepa Arrizabalaga clawed the ball onto a post before the ricochet crossed the line.

Jorginho’s late penalty looked to have given Chelsea all three points, only for Casemiro to pop up and equalise.

United extended their unbeaten run to six matches in all competitions, while Chelsea are yet to lose under new boss Graham Potter.

Honours even in a cut-and-thrust encounter meant Chelsea stay fourth and United fifth in the Premier League table.

United boss Eric Ten Hag had hoped his hard-line approach on standing down Cristiano Ronaldo would galvanise his squad.

The Red Devils failed to fire despite dominating the first half, but were still able to claw a point at the death.

Raphael Varane was reduced to tears by a leg injury that will jeopardise his World Cup place. The France defender fell awkwardly in the second half and trudged off in extreme frustration.

The 29-year-old covered his face with his shirt, then punched the corner flag, as the reality sunk in on his injury.

The World Cup is now less than a month away, and no players in the mix for Qatar need any reminding.

Varane was inconsolable and is now a major doubt for the France squad.

Chelsea identified this fixture as one of their matches to support Stonewall’s anti-discrimination Rainbow Laces campaign, with a host of initiatives around the match.

United’s travelling fans twice launched into homophobic chanting in west London, in a dismal contrast to the home side’s efforts linked to the long-running No To Hate campaign.

United bossed the first half without finding a breakthrough, while Chelsea offered intermittent threat.

Arrizabalaga was left to breathe a sigh of relief after United wasted the corner that he had conceded cheaply due to a fumble under no pressure.

Luke Shaw drove just wide from 18 yards after striding into space, and Antony forced a good save from Kepa with a low, curling effort.

Pierre-Emerick Aubameyang saw a low-power effort creep wide of a post as Chelsea fought for a foothold, then later failed to latch onto Raheem Sterling’s square ball in the area.

Varane’s injury dominated the opening part of the second half, after the teams had turned around without score.

Trevoh Chalobah thumped a far-post header against the crossbar from a corner as the Blues tried to crank up the pressure, and then Scott McTominay felled Armando Broja for the late penalty.

Jorginho delivered off the spot again, but Chelsea could not quite hold on as Casemiro popped up to claim United a share of the spoils.