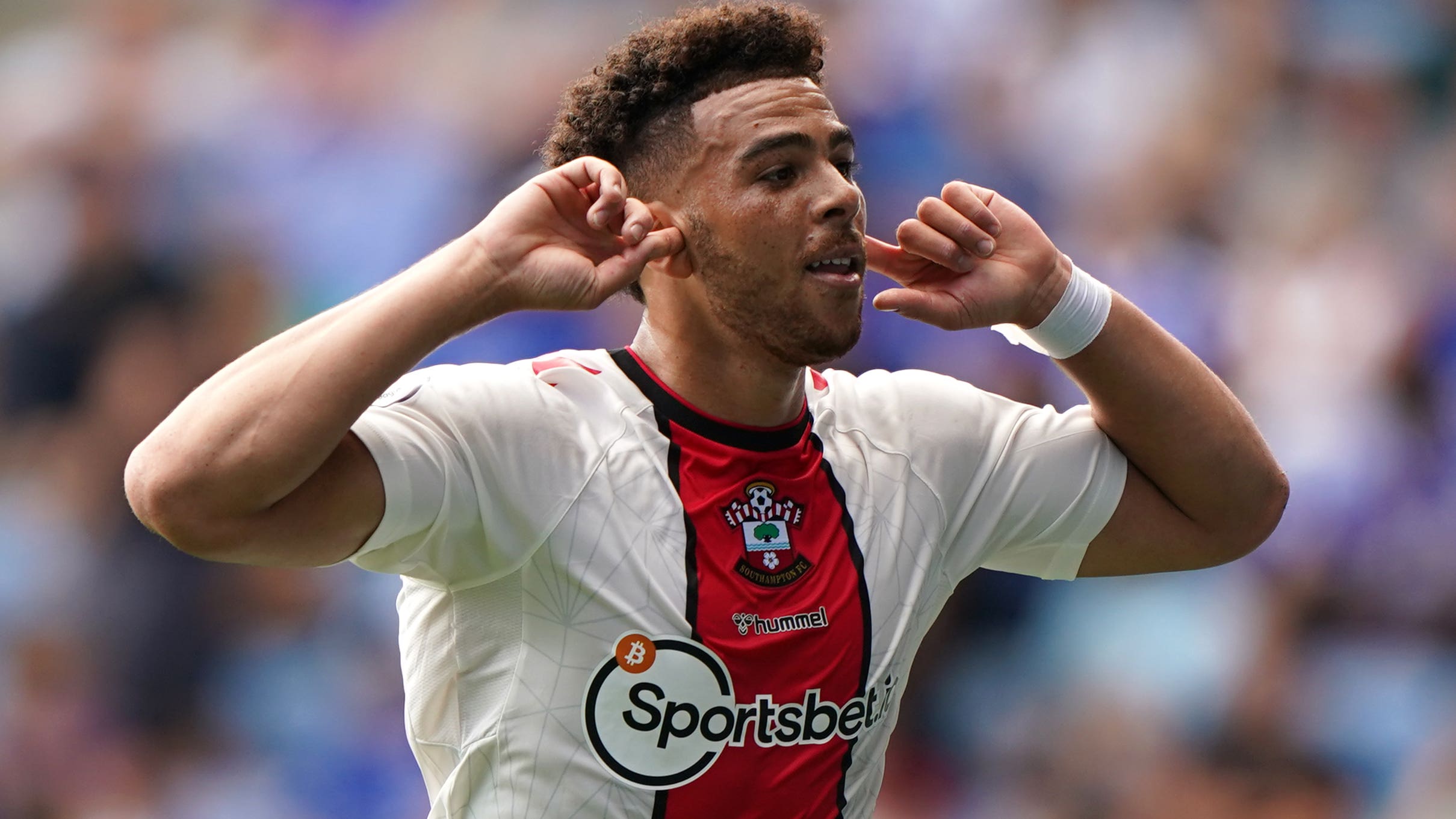 The talented centre-back was conspicuous by his absence from Brendan Rodgers’ matchday squad amid Chelsea’s attempts to prise him away from the King Power Stadium.

Saints’ first Premier League win of the season represented their first triumph on the road since February and required a show of resilience after the Foxes went ahead in the 54th minute.

Maddison intelligently beat a poor wall to score a free-kick that Ralph Hasenhuttl’s men bounced back well from, with Leicester-born Adams coming off the bench to lash home a deserved equaliser.

The visitors moved from a five-man backline to a four-man foundation at the King Power Stadium, where Leicester began brighter but saw their attacks nullified.

Summer signing Armel Bella-Kotchap survived an early penalty claim against him and impressed in the heart of defence alongside Mohammed Salisu.

Sekou Mara thought he had opened the scoring when he was put through on goal and coolly beat Leicester goalkeeper Danny Ward, only for the delayed offside flag to go up.

Leicester had more shots but they were largely restricted to half chances.

Leicester took the lead as Saints’ poorly-constructed wall was capitalised on.

Maddison looked as if he would cross the free-kick that was taken from just under 25 yards on the right, but instead he bent a low effort around the wall that beat Bazunu at his near post.

However, Saints rallied strongly as they sought out a leveller.

Timothy Castagne handled when Joe Aribo directed back across goal but nothing was given, with Jamie Vardy hacking behind from the resulting corner.

Mohamed Elyounoussi saw a shot charged down and the visitors equalised in the 68th minute.

Salisu’s long throw was smartly touched on by Bella-Kotchap to substitute Adams, who drove home a first-time strike from close range.

Saints continued strongly as the Foxes looked toothless in attack.

Aribo was booked for taking a tumble in the box looking to latch onto an overhit through ball before the away end was sent wild in the 84th minute.

Kyle Walker-Peters laid back for Ward-Prowse to swing in a cross that Adams met with a scissor-kick that flew past Leicester goalkeeper Ward.

Boos greeted what proved to be Saints’ winner as fans headed towards the exit. There were more jeers at full-time, which came moments after Adams hit the foot of the post as he went agonisingly close to completing a hat-trick.