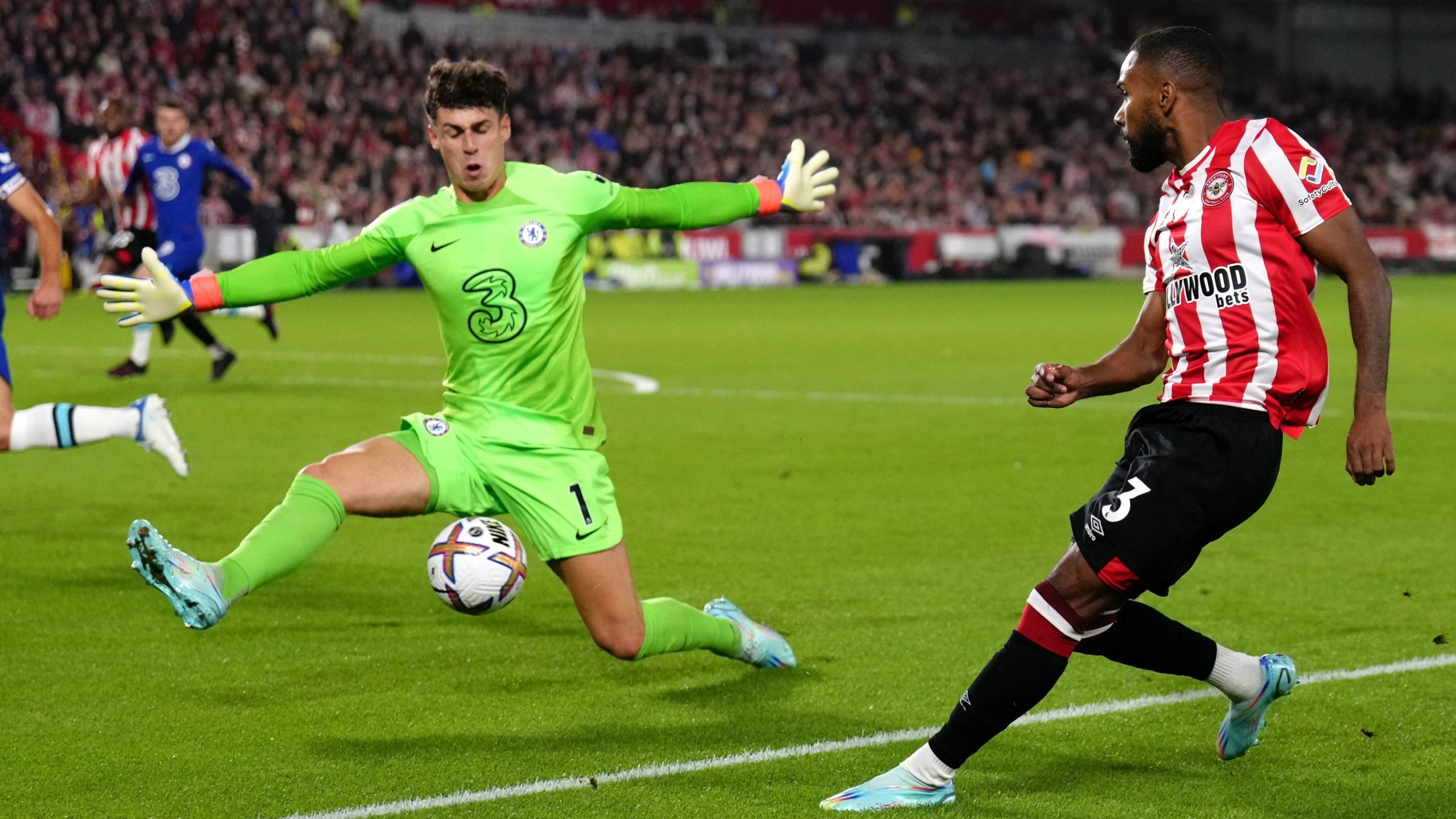 Chelsea maintained their unbeaten run under Graham Potter but had to settle for a point after a damp squib of a derby at Brentford finished goalless.

The Blues made the short trip across west London on the back of five successive victories in all competitions, winning each of the last four without conceding.

Once again they kept a clean sheet, but there was a distinct lack of cutting edge up front as they drew a blank against the Bees.

There was also another injury scare for England boss Gareth Southgate after midfielder Conor Gallagher limped off early on.

Blues boss Potter had made five changes from the side which beat Aston Villa 2-0, with Raheem Sterling and Pierre-Emerick Aubameyang dropping to the bench, but he had to make another switch when Gallagher trudged off.

Moments earlier Ivan Toney, another England World Cup hopeful, had a header from Mads Roerslev’s cross tipped over the crossbar by Kepa Arrizabalaga.

Chelsea had a let-off with 10 minutes of the first half remaining when Ruben Loftus-Cheek’s back-header from a free-kick inadvertently let Toney in.

The striker got to the ball before Kepa but was unable to direct his header on target.

The closest Chelsea came to scoring in a low-key half was an angled drive from Cesar Azpilicueta which Bees keeper David Raya tipped around the far post.

The Blues wanted a penalty for a Rico Henry handball, and another when Kai Havertz tumbled under pressure from Ben Mee, but they got neither.

Brentford should have taken the lead five minutes into the second half when Bryan Mbeumo had a free header in front of goal, five yards out, from another Roerslev cross, but the Cameroon forward planted his header straight at Kepa.

From the corner, Mbeumo found Toney at the near post but his attempt at a glancing header flew wide.

Potter made a triple substitution on the hour but there was still no sign of Aubameyang, with teenager Carney Chukwuemeka sent on along with Sterling and Christian Pulisic.

But it was Brentford who were closest to snatching all three points when Henry’s shot crashed into the side-netting.

Aubameyang was finally sent on with 10 minutes remaining but his only half-chance was a low drive from outside the area which was easily gathered by Raya.

Spanish keeper Raya also beat away a swerving drive from Pulisic and saved with his feet from Chukwuemeka in stoppage time to preserve a deserved point for the hosts.