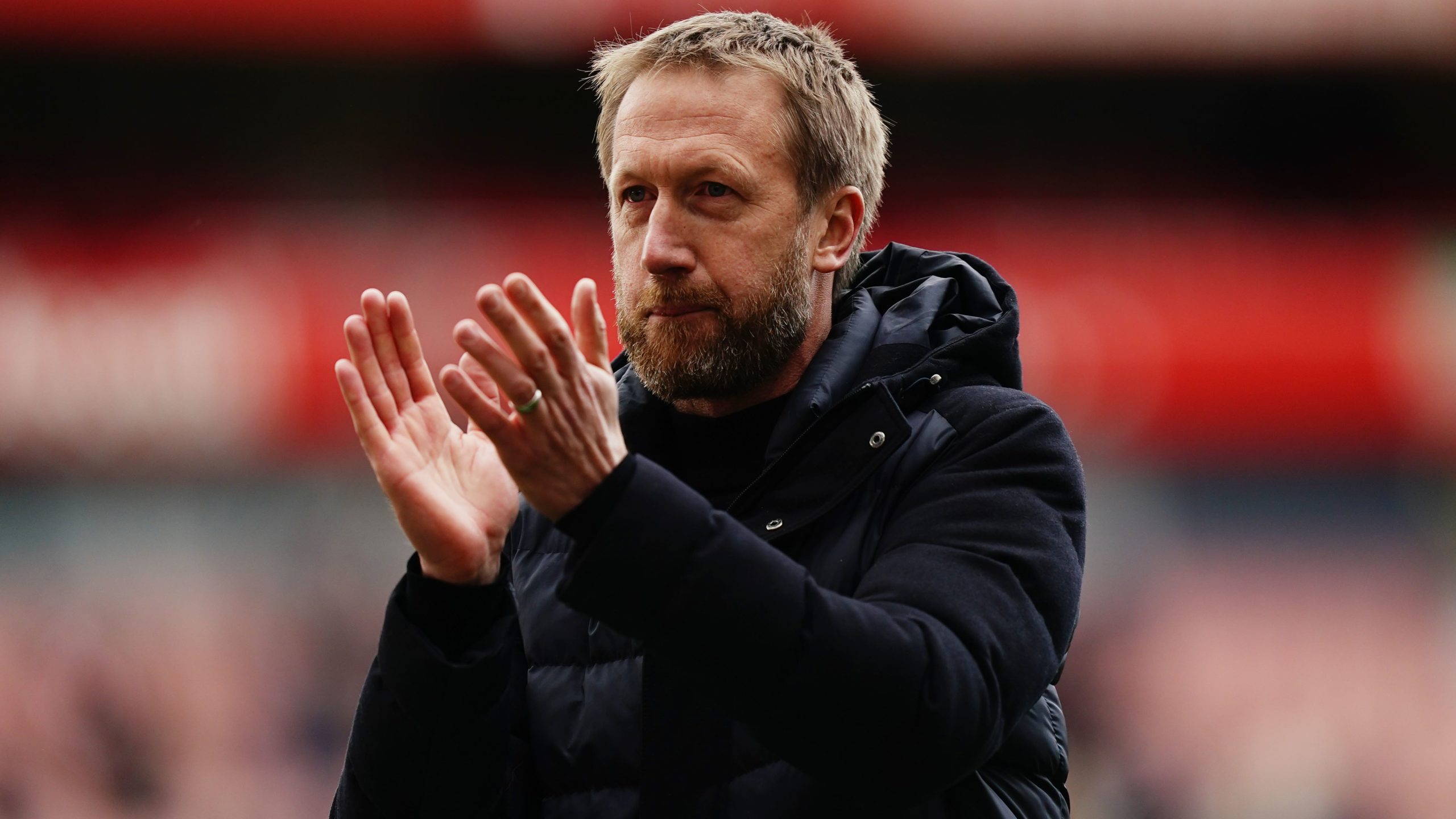 Chelsea pushing to have Graham Potter in charge before the weekend

Chelsea hope to have Graham Potter installed as manager in time to take charge of Saturday’s Premier League trip to Fulham, the PA news agency understands.

The new Chelsea owners are thought to be confident of selling their long-term Stamford Bridge vision to the highly-rated Seagulls boss.

The Blues were expected to meet Potter for talks over the vacant manager’s job on Wednesday afternoon, having sacked Thomas Tuchel earlier in the day.

Brighton were understood to have given Chelsea permission to hold talks with Potter, with the 47-year-old thought to be keen on the switch.

Blues bosses Todd Boehly and Behdad Eghbali are thought to be looking for a manager who will stay at Stamford Bridge for the long-run.

Potter has a hefty compensation clause in his Brighton deal, but Chelsea’s owners are understood to be relaxed about meeting the buyout fee.

The club’s owners were understood to have already made the decision to unseat Tuchel ahead of that loss in Croatia.

Boehly and Eghbali have been at the Stamford Bridge helm for 100 days since their £4.25billion purchase from Roman Abramovich.

The ambitious US owners are understood to have felt they could not wait any longer to take action, fearing the Blues losing further ground on Premier League champions Manchester City.

Chelsea’s board are thought to have analysed Tuchel’s 100 games as Blues boss, identifying a worrying trend of 24 goals conceded in the first 50 matches and 53 in the second half-century.

Boehly and Eghbali will approach and interview a small number of candidates, with Brighton’s Potter chief among a tight group of names.

Tuchel replaced Frank Lampard as Chelsea boss in January 2021 and steered the club to their second Champions League triumph just four months later, with a stunning 1-0 win over Manchester City in Porto.

The Blues’ poise and threat dwindled slowly at the tail-end of last season though, with £98million signing Romelu Lukaku disappointing and eventually heading back to Inter Milan on loan for this term.

Tuchel guided Chelsea through the murky waters of UK Government sanctions amid the fallout of Russia’s war in Ukraine.

Chelsea’s new owners were understood to have been desperate for Tuchel’s tenure to continue as a success, but a nucleus of growing problems left them feeling the only option was to make a change.

Boehly and Behdad are thought to have felt Tuchel had lost his way tactically, struggling to get the best out of players.

New chairman Boehly has acted as interim sporting director since taking the Chelsea helm, and Tuchel had huge influence on the Blues’ summer transfer policy.

The Blues spent a record £273m in overhauling the squad, but more work is expected to follow in January.

Chelsea have since slipped to three defeats in seven matches at the start of the new campaign, with Tuchel’s tactics changeable and his demeanour increasingly tetchy.

Tuchel’s relationship with Chelsea’s players was understood to have become increasingly strained, while communication with the Blues’ new owners had proved troublesome across another turbulent summer.