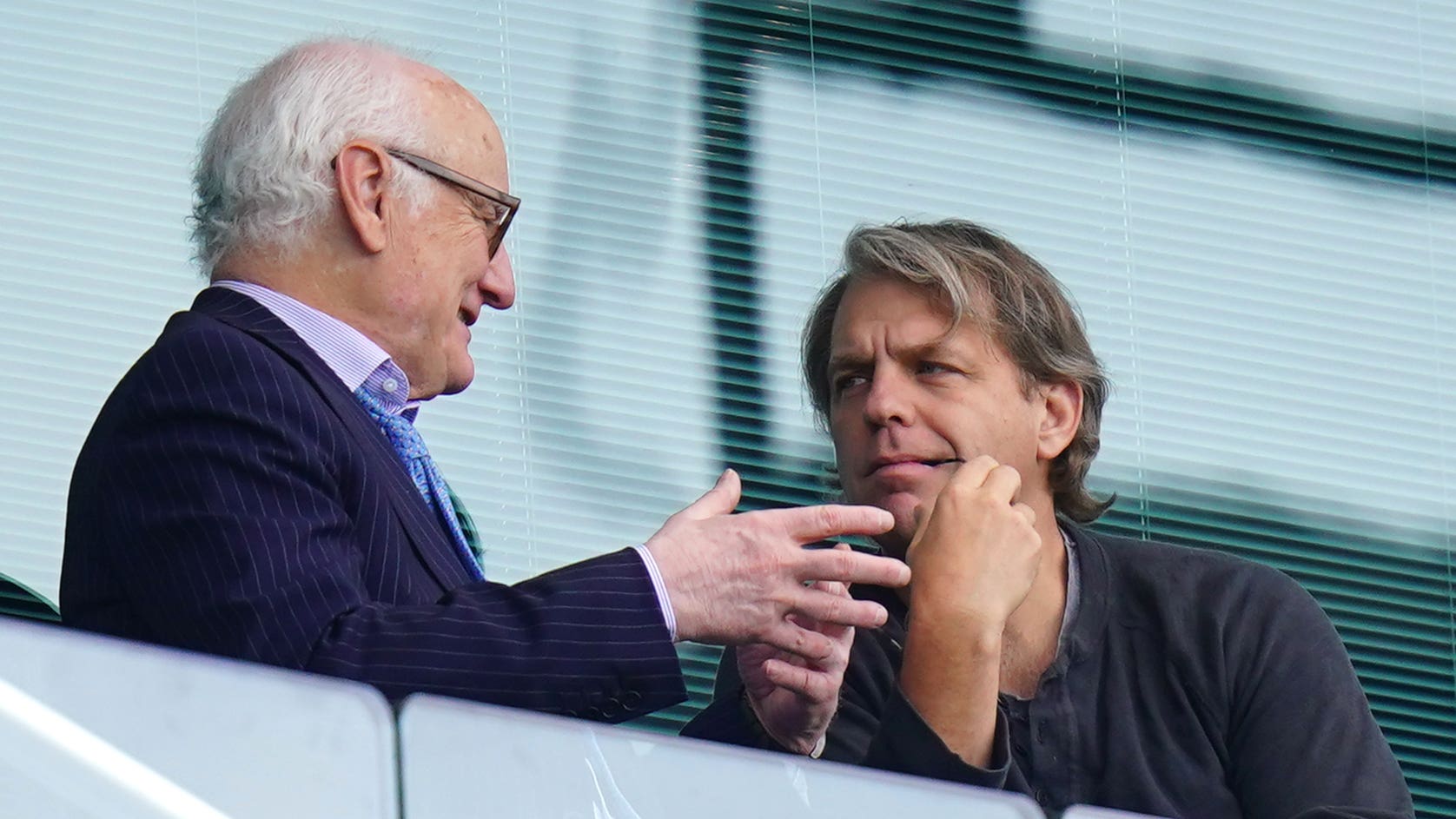 The Chelsea sale could be completed before the end of the season, the PA news agency understands.

Chelsea must complete the sale by May 31 when the Blues’ temporary Government licence expires, but Todd Boehly’s consortium is understood to be primed to wrap up the £4.25billion purchase within that time frame.

Chelsea will host Watford to close their Premier League campaign on May 22, and there is now a chance that US tycoon Boehly could be rubber-stamped as the Blues’ new owner in time for the final match of the season.

Prospective new Chelsea owner Boehly was on hand at Stamford Bridge on Saturday as the Blues slipped to a frustrating 2-2 Premier League draw with Wolves.

Relinquishing a winning position left boss Thomas Tuchel frustrated with more points dropped, while Boehly was pictured with his head in his hands at full-time.

Conor Coady’s late equaliser could not completely cut the air of relief around Chelsea’s advancing sale however, with Boehly poised to take the Stamford Bridge club off Roman Abramovich’s hands.

The Premier League will carry out the owners’ and directors’ tests on Boehly’s consortium, in the wake of Chelsea’s statement confirming the Eldridge Industries chief executive’s purchase agreement to buy the club.

Chelsea confirmed the Los Angeles Dodgers co-owner’s purchase agreement in the early hours of Saturday morning, and all that now stands between Boehly owning the west Londoners is Premier League and Government approval.

Premier League bosses are understood to have carried out some general background work on Chelsea’s final three bidders, in an attempt to expedite the owners’ and directors’ test process.

Confirmation that the Boehly consortium has agreed a deal allows the English top flight chiefs to press ahead with those examinations in full.

Chelsea’s May 31 deadline to wrap up the most lucrative sports club sale in history comes after current owner Abramovich’s UK Government sanctions.

The Blues have been forced to operate under the strict terms of a temporary Downing Street licence, which expires at the end of the month.

Abramovich was sanctioned by the Government on March 10, with Downing Street claiming to have proven his links to Vladimir Putin amid Russia’s continued invasion of Ukraine.

The Russian-Israeli billionaire put Chelsea up for sale on March 2, but sanctions have forced a fast-track sale with a deal of such size and scale being whipped through in an impressive timescale.

Chelsea’s incoming new owners will hope to meet with men’s and women’s team managers Tuchel and Emma Hayes now that the deal has taken a significant step forward.

Until the sale is complete Chelsea remain under sanctions however, leaving Tuchel to call on his players to ignore the wider picture as the Blues chase down a third-place Premier League finish.

Chelsea are winless in three matches and will face Leeds at Elland Road on Wednesday intent on hitting back quickly.

“I don’t think ownership is a reason for lack of focus,” said Tuchel.

“We showed when the situation began that we can still focus. I would not consider this as advantage for Leeds as it does not change much for us, because the sanctions are not lifted.

“We have our own stuff to solve and make better.”

Romelu Lukaku’s first Premier League goals of 2022 put Chelsea in control at 2-0 up midway through the second half, only for a late slip to allow Wolves to steal a draw.

Francisco Trincao whipped in a fine strike from 18 yards, before captain Coady buried an added-time header to stun the hosts.

Manager Bruno Lage, who missed the trip due to coronavirus, addressed his Wolves players by Zoom before the match and at half-time, with coach Tony Roberts delighted by the Molineux men’s comeback.

“Bruno was watching at the training ground, so he was making the decisions,” said Roberts.

“We had a zoom meeting this morning, to explain the gameplan, and then at half-time he just picked out a couple of things. And we got the result.”