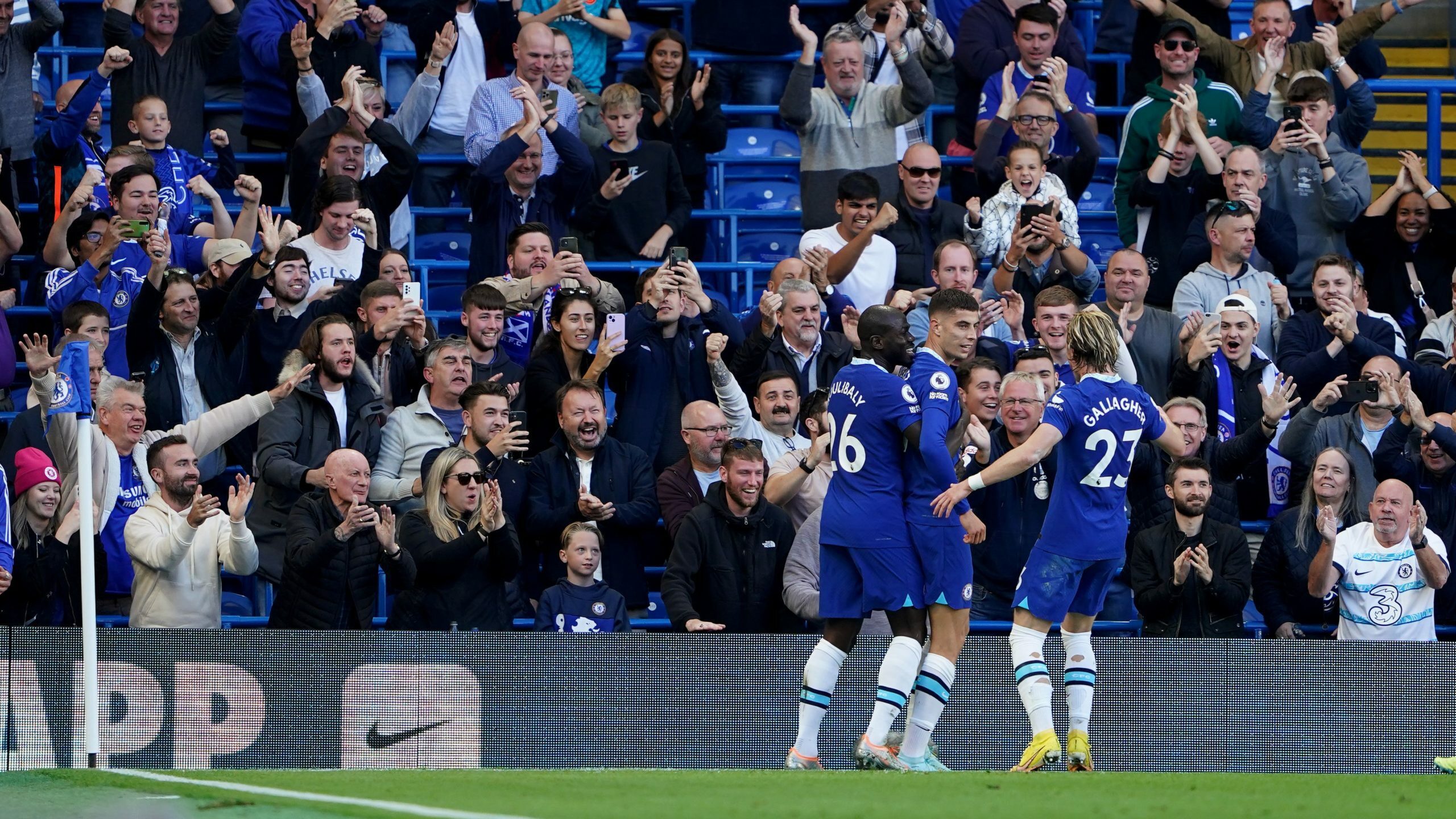 Chelsea turn on the style to brush aside Wolves

Havertz nodded home Mount’s cross on the stroke of half-time to cement the hosts’ dominance.

A much-improved Pulisic’s delicate dink then doubled the home side’s lead, with Mount again on hand with the assist.

And right at the death Kovacic threaded through to Broja, who cut back from the defensive cover before drilling into the net.

Chelsea set up with yet another different system under forward-thinking coach Potter and a raft of changes from that Milan thumping.

But neither the scale of the alterations nor the quick turnaround proved any kind of distraction, as the Blues mastered the new tactics and overwhelmed the visitors.

The Blues’ quiet and methodical return to form mirrors the demeanour of their new boss.

New owners Todd Boehly and Behdad Eghbali would be forgiven for retaining a growing sense of vindication over removing Thomas Tuchel, on the early evidence of Potter’s embryonic tenure.

A wholly-dominant Chelsea saw six shots and one header sail wide in the first-half alone.

Add to that a top-level save from Jose Sa to thwart Pulisic’s postage-stamp long-range strike towards the top corner and the Blues’ control was in no doubt.

Sa’s save from Pulisic denied the Blues a stunning strike in itself, but also what would have proved a fine team goal.

The build-up was Potter’s new-look Chelsea in all its finery, a flowing move from one box to the other, that so nearly ended in a stunner.

Just when Chelsea’s set of misses threatened to tell the story of the half though, Havertz popped up at the far post to head home Mount’s lofted cross.

The half’s final meaningful act had Chelsea rightly in control and ahead 1-0 at the break and the Blues wasted precious little time doubling that lead after the restart.

Pulisic traded passes with Mount to skip into the box on the inside left, then deliver a deft finish to beat the advancing Sa.

Chelsea’s victory was effectively sealed before the hour-mark, allowing Potter’s men to negotiate the rest of the tie in relative comfort.

The returning Diego Costa claimed the biggest reception of the day when being subbed next, with Wolves’ former Chelsea favourite lavished with acclaim from the Stamford Bridge faithful.

The Chelsea fans will have been forgiven for offering such respect in part out of relief that the dogged striker had neither scored nor clattered into any of the current Blues stars.

When Broja claimed his breakthrough Chelsea goal, the Blues knew they had completed a much-needed morale-boosting week.