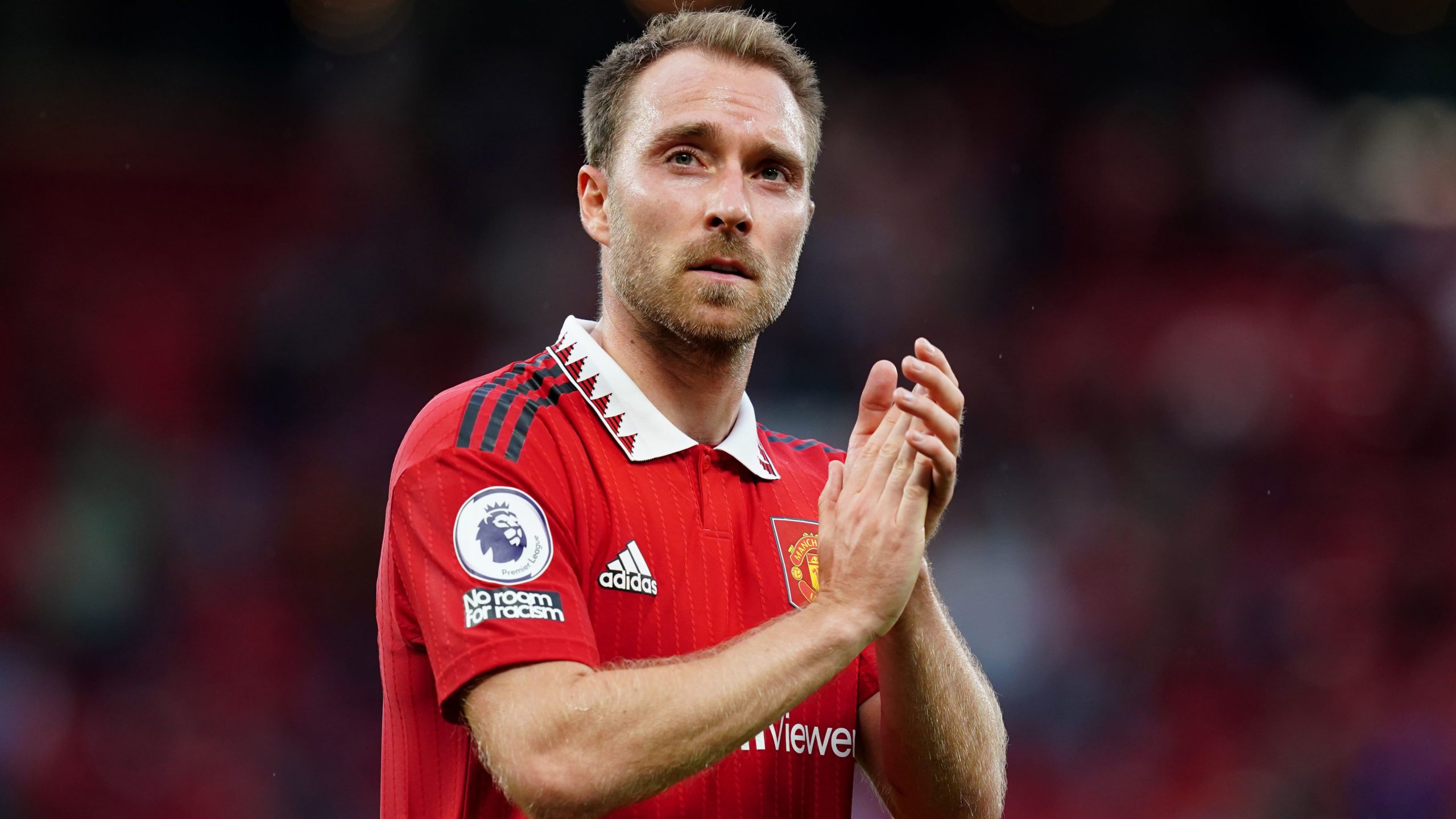 Christian Eriksen could return against Tottenham but Anthony Martial still out

Having been held to a frustrating 0-0 home draw by Newcastle on Sunday, the Red Devils return to Old Trafford on Wednesday evening against one of their Champions League qualification rivals.

Fifth-placed United are already seven points behind Spurs in third and Ten Hag will hope to welcome back key summer acquisition Eriksen against his old team.

The 30-year-old midfielder missed Sunday’s match through illness but could return on Wednesday, although Martial is set to miss a third straight match in all competitions with a back complaint.

“Anthony Martial is not available,” Ten Hag said. “He’s back on the pitch but not in the team training.

“Christian Eriksen returned in the team training today and we have to see how that works out, how he will recover, if he has tomorrow the energy so we have to wait for that.”

Asked if the immediate impact of Eriksen – a free agent acquisition in the summer – had surprised him, the United boss said with a smile: “No, because I know him a long time.

“Everyone knows he gets developed in Ajax, so I knew him from the Netherlands but also I faced him as a manager.

“So, I know his capabilities and I was so happy that we could sign him.

“I think he proved from the first day how important he is for our game.”

“They are making good progress all (of them),” Ten Hag said of the trio. “They will all return in team training this week.

“I see good progress with Brandon Williams. He returned on the pitch, individual base.

“Axel (Tuanzebe) is still working inside, so he is not back on the pitch. I think it will be difficult for Axel to return before Christmas.

“Brandon (is) probably not in the squad for the games but probably team training (before then).”

Ten Hag was speaking at an unusually late press conference, which came after United had received the Football Association’s charge against them for failing to ensure players “conducted themselves in an orderly fashion” on Sunday.

Cristiano Ronaldo and team-mates were enraged in the 49th minute, surrounding referee Craig Pawson claiming Newcastle’s Fabian Schar had taken a free-kick meaning he was free to nip in to score before Nick Pope could react.

“My response? To the charge? I must say, I don’t think it was too strong,” Ten Hag added. “It wasn’t really aggressive but I don’t know what’s happening exactly on the pitch because I was too far away.

“I’ve seen it back on the video. There was a touch from the Newcastle player, that was quite clear and they went to go to the ref to ask about it.”

Star name Ronaldo was substituted later in the second half and looked unhappy as he trudged off the field muttering to himself.

“I think no player is happy when he comes off and especially not Ronaldo,” Ten Hag said. “I understand that.

“As long as it’s in a quiet normal way, no problem with that. Of course he has the convincement he should stay on and he should score a goal. That’s why he is that good.

“I know (he scored a hat-trick against Tottenham last season) and of course when you make a line-up several facts you count on but also other facts you take account of.”