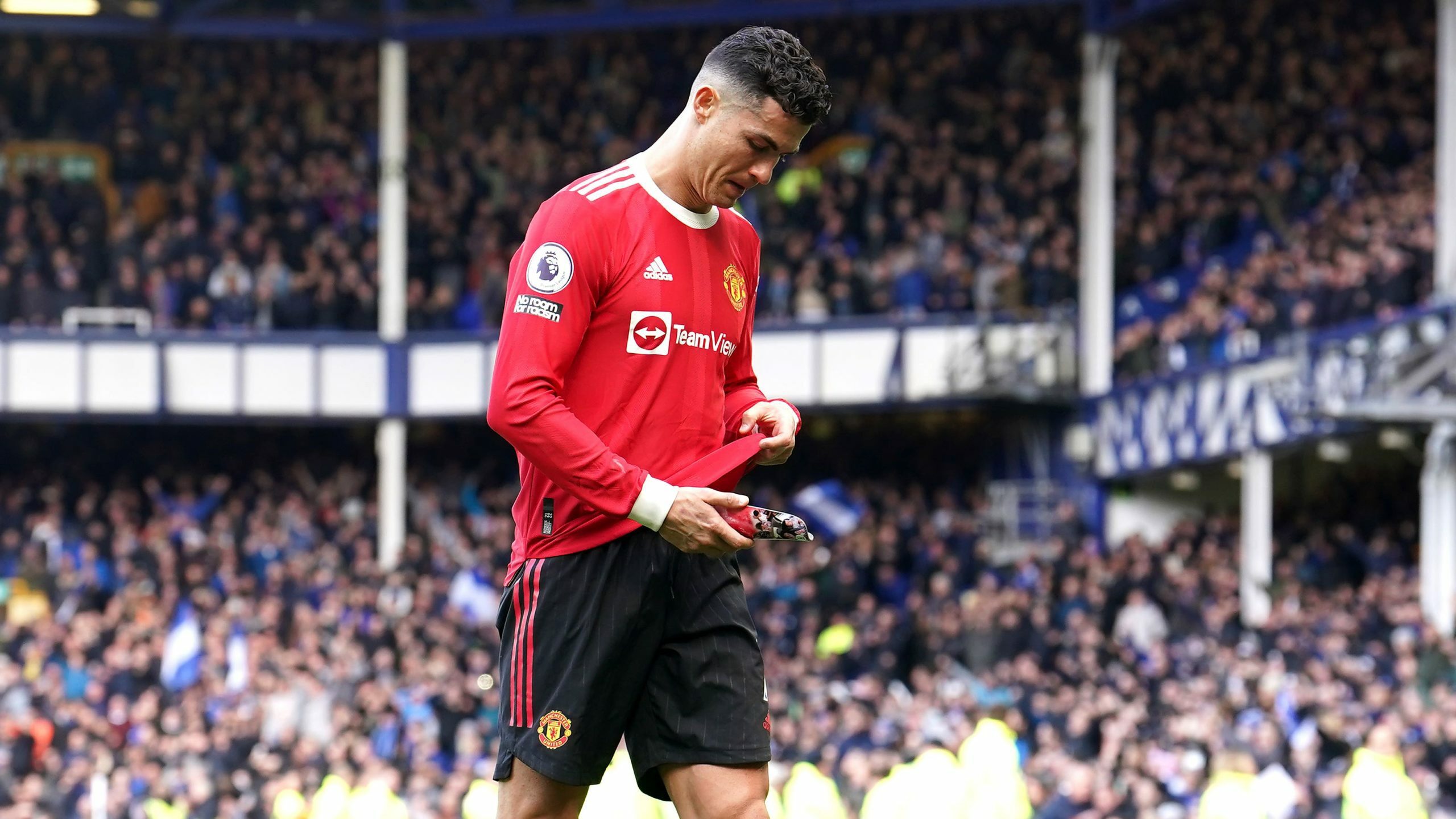 Cristiano Ronaldo has been charged with “improper and/or violent” conduct by the Football Association following an incident that relates to the Manchester United forward’s behaviour at Everton last season.

Video footage showed Ronaldo appearing to knock a fan’s mobile phone to the ground after United’s 1-0 defeat at Goodison Park on April 9, for which the Portuguese was cautioned by Merseyside Police.

Now the FA has decided to probe the incident and a spokesperson said on Twitter: “Cristiano Ronaldo has been charged with a breach of FA Rule E3 for an incident that took place after Manchester United FC’s Premier League match against Everton on Saturday 9 April 2022.

“It is alleged that the forward’s conduct after the final whistle was improper and/or violent.”