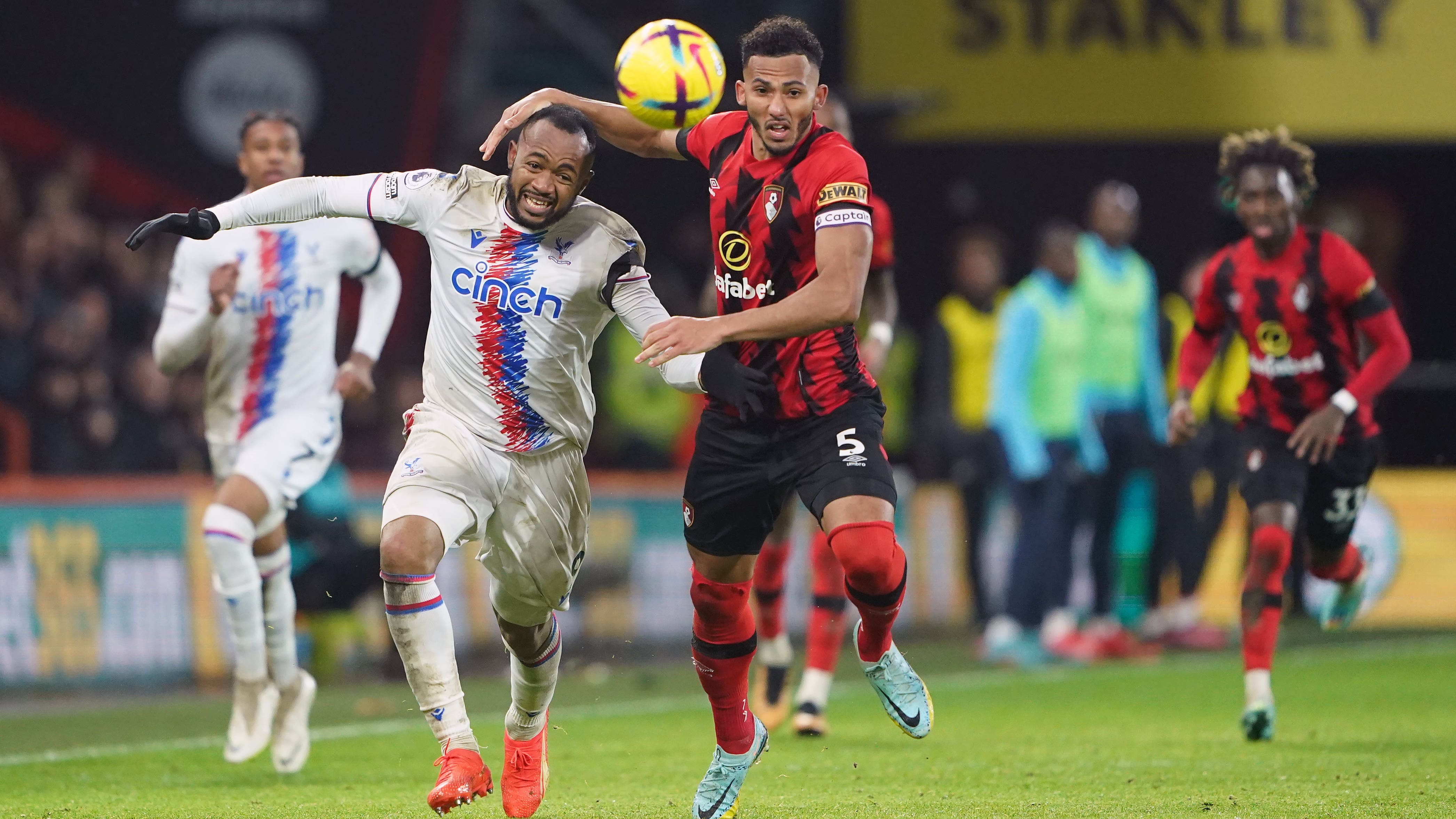 By By Rachel Steinberg PADecember 31, 2022No Comments

Crystal Palace picked up three crucial points in their final game of 2022 with a 2-0 win at Bournemouth.

Both goals for Palace, who had failed to register any shots on target in their Boxing Day loss to Fulham, came from first-half set pieces.

Jordan Ayew opened the scoring when he nodded in a corner from Michael Olise, who also set up Eberechi Eze for the Eagles’ second.

New Bournemouth owners Bill Foley and actor Michael B. Jordan were introduced on the pitch before kick-off, but the sprinkle of Hollywood stardust did little to lift Gary O’Neil’s side.

There was just one change for Bournemouth, who started Jaidon Anthony in place of Jack Stacey, while Patrick Vieira was forced to make two as a result of both James Tomkins and Tyrick Mitchell picking up red cards last time out.

Marc Guehi, returning from his own suspension, replaced Tomkins while Joel Ward came in for Mitchell.

Both sides paid tribute to Pele with a minute’s applause before action was under way under a considerable downpour.

Palace had an opportunity when the ball fell to Jeffrey Schlupp inside the area but his effort was directed well wide of the left-hand upright.

The visitors were unable to make anything of a handful of early set pieces but took the lead after 19 minutes when Ayew rose highest to meet Olise’s corner and cushioned a header into the bottom right corner from the edge of the six-yard box.

Olise looked to set up another as he sent the ball across the face of goal from the right but he was ultimately unable to find a team-mate to tuck it past Mark Travers.

Palace then conceded a free-kick of their own, taken by Anthony who floated it across the pitch to Kieffer Moore on the left. The Cherries striker directed a threatening header into the box, forcing Vincente Guaita into a leaping catch to avoid any danger of an equaliser.

The Eagles extended their lead after 36 minutes after Olise once again set up a team-mate from a perfectly-placed corner.

This time it was Eze, who wasted no time in curling a right-footed effort into the bottom left corner from close to the penalty spot.

It was the just the second time this season Palace had gone into the second half with a two-goal cushion, and the first time both came from Palace players, with Manchester City’s John Stones’ own goal assisting the Eagles in August.

The rain eased after the restart, as did the home support, whose side looked more composed. Guaita somehow survived several Bournemouth attempts in a scramble before Travers blocked Eze’s sharp effort directly from a free-kick at the other end.

The hosts could ultimately only take consolation in the fact that the deficit was not wider after Schlupp picked out Jean-Philippe Mateta but the substitute directed his effort wide.