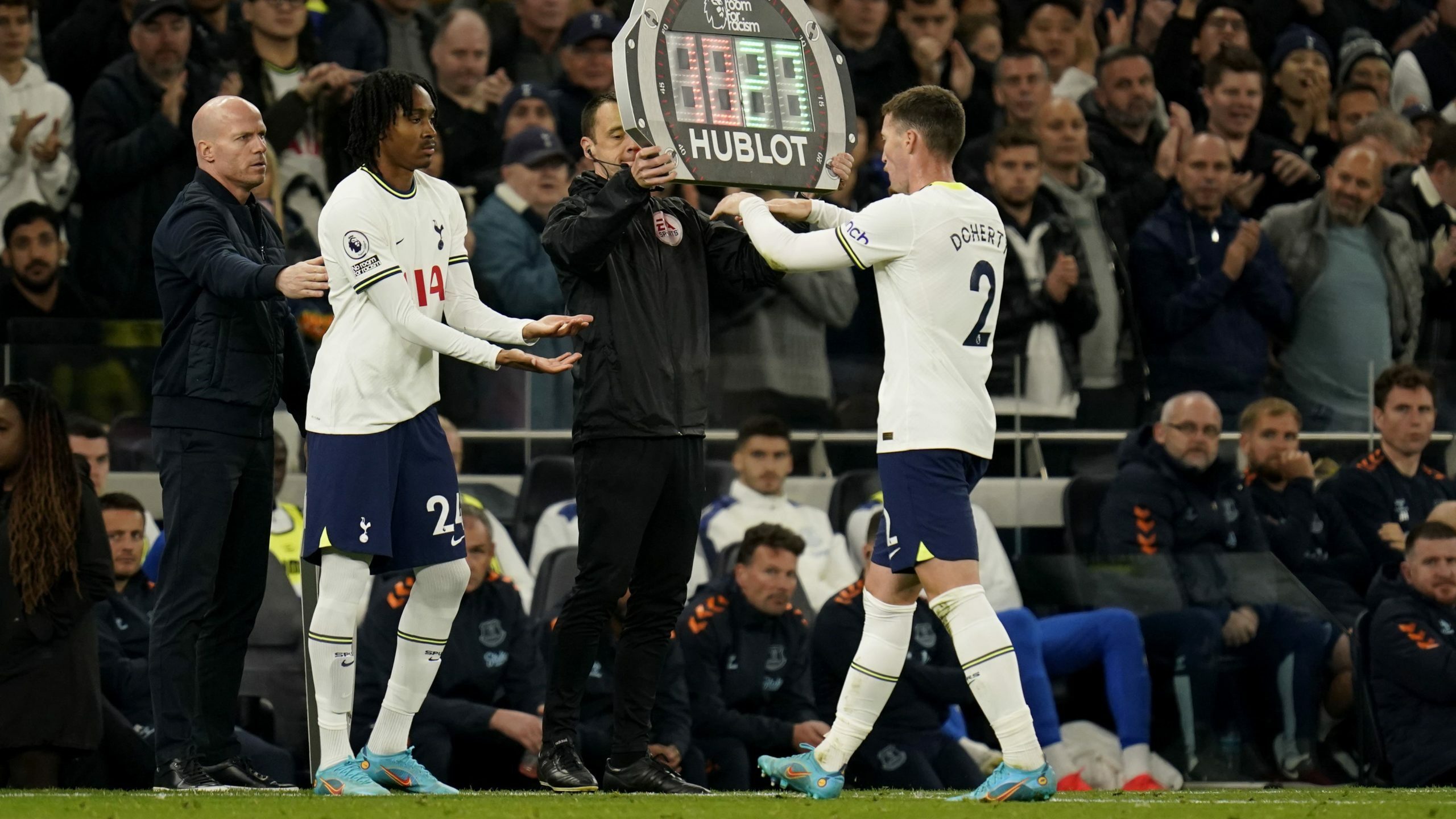 Djed Spence believes his tactical knowledge has improved since joining Tottenham and insists he will be “ready” for when a chance presents itself.

The £12.5million signing has barely featured for Spurs following a summer move from Middlesbrough, with boss Antonio Conte referring to him as a “club signing” on several occasions.

Conte’s tone on the England Under-21 full-back has become more positive in recent weeks, though, and he admitted on Friday that Spence was “starting to understand” the demands of being a Tottenham player.

A day later and the 22-year-old was rewarded with only his second appearance of the campaign in the final exchanges of the 2-0 win over Everton.

“I guess it is just something new that me, myself, I have got to learn but I am working hard to improve, working hard to get in the team and hopefully I can get some run of games soon.

Spence’s late cameo against Everton saw him make an overdue home debut and his popularity with the Spurs fans was clear from the minute he was called back from his warm-up to the dugout to be readied to come on.

A huge roar of noise met his introduction at Tottenham Hotspur Stadium and the defender believes he has settled in well at his new club.

“I appreciate the love from everybody,” Spence added.

“Obviously my first game here so I really appreciate it and I just can’t wait to get going.

“Everyone has welcomed me. There is not one specific player, all the team have welcomed me, all the staff, so it has been good.”

Plenty of enthusiasm met Spence’s arrival in N17 but that was tempered after Conte’s “club signing” comments in July.

He did hand the youngster his first Tottenham appearance as a substitute away to ex-loan side Nottingham Forest in August and many have predicted a full debut could occur next month when the two Premier League rivals do battle at the City Ground on November 9 in the Carabao Cup.

But Spence insisted: “I mean I want to play not just in the cup, in the league as well so whether my first start comes in the league or the cup, I’ve just got to be ready.

“I always believe in myself but football, you never know what happens in football so you’ve just got to be patient and when the time comes, the time will come.

“I didn’t really see it (the club signing comment). I don’t really pay attention. I just train, you know, pay attention to my football and train hard. Let the rest do the rest obviously.”

“Yeah probably but it was good stuff,” Spence replied when asked if Ventrone’s sessions were the hardest he had faced.

“He was a good guy, always pushing us to our limits. Obviously I didn’t know him as well as the other boys but what I knew was he was a very hard-working guy.

“He always made sure we did things right and would push ourselves to places we thought we couldn’t go so yeah, he was a top guy.”