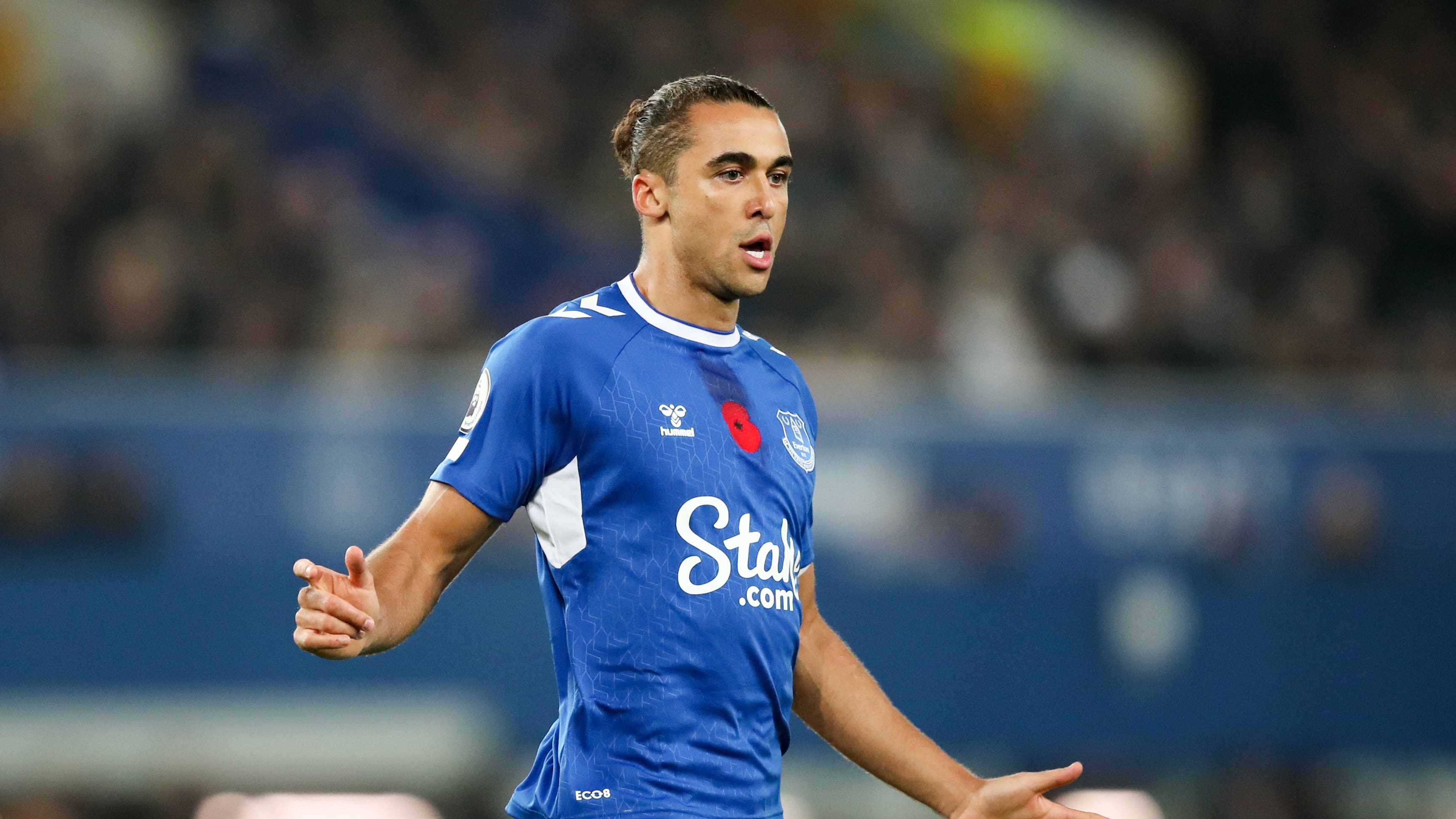 The England international missed the Boxing Day defeat by Wolves due to a lack of match fitness after struggling with a number of injury issues this season.

Calvert-Lewin’s potential availability is a boost for manager Frank Lampard with his side just one point above the bottom three.

“He is in the squad,” said Lampard at his pre-match press conference.

However, the former England and Chelsea midfielder was unable to confirm whether the forward would be ready to start at the Etihad Stadium.

Calvert-Lewin has made just six appearances this season and Everton, who have scored a mere 12 goals in their 16 Premier League games, have badly missed his influence in front goal.

Lampard said: “We lost Richarlison and haven’t had Dominic, barring a few games. When you lose that firepower it might not be easy to replace in terms of pure goals and output.

“Having Dominic back in the fold is a great thing for us because players who can make the difference at the top end of the pitch like that mean points. It’s as simple as that.”

The issue is something Lampard could look to address in the upcoming transfer window.

He said: “We will look and see what we can do in the January window. We will look at what options we have but we have to look at it within our own parameters. We are looking at lots of players.”

Scoring goals is not a problem that has affected champions City this season following their signing of the prolific Erling Haaland.

The Norwegian has scored 26 goals in just 20 appearances in all competitions since his summer move from Borussia Dortmund.

Lampard said: “With a player of that talent, at any moment they can hurt you in their own way.

“It is a difficult task (to stop him) because of his qualities and his power. There is nothing but respect when you watch him from afar but when you go against him you have to try not to give him the spaces that he wants. We have to do our best to do that.

“It’s a tough game but these are the challenges the Premier League gives you. We’ll have to give everything and remain organised, but also have a belief we can go there and impose ourselves.”

The manner of Everton’s loss to Wolves, when the Toffees conceded a last-minute goal to Rayan Ait-Nouri, has added to fans’ frustration over performances and results this season.

Lampard said: “It was a cruel way to lose. We played a pretty good game.

“It is normal fans were disappointed, we all were after that result and the nature of it.

“Maybe we got it wrong slightly, but not to a massive degree.

“It is a two-way thing. We have to perform – and I believe we did against Wolves – and then the crowd will back us. That makes us a strong unit.”