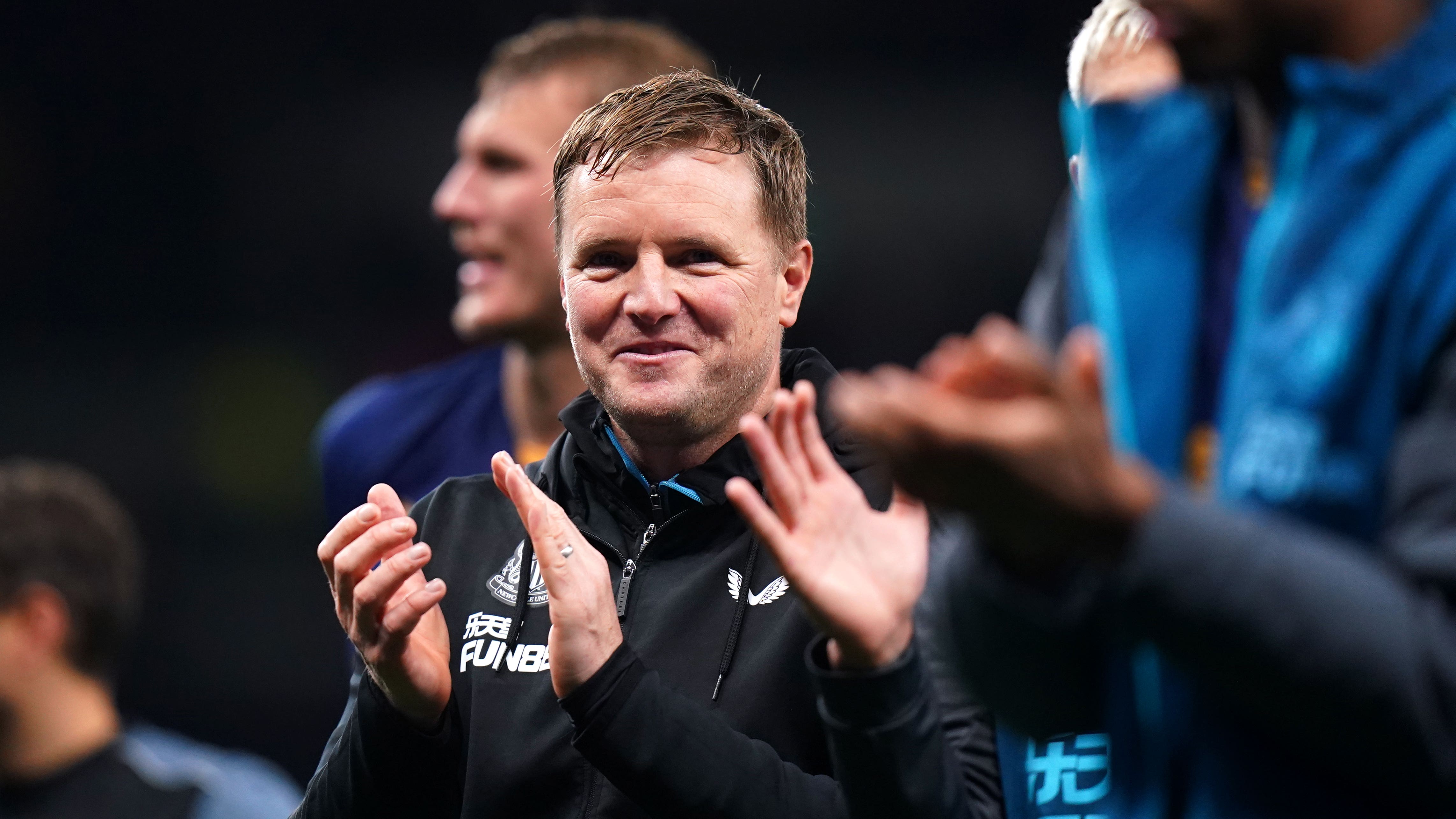 Eddie Howe excited about possibilities ahead for Newcastle

By By Damian Spellman PANovember 13, 2022No Comments

Eddie Howe has admitted he is excited at what the Premier League season might hold for Newcastle after the World Cup break.

The Magpies, to the surprise of many, will return to action in December sitting in the top three after putting together a run of five successive league wins to back up their promising start to the campaign.

They will do so with 30 points already banked, a platform which many commentators are suggesting could enable a genuine push for European qualification.

Asked if that prospect excites him, the normally cautious Howe said: “Well, of course.

“When you’re in our current position, you’d be foolish not to be, so yes, I’m excited by what can be, while respecting the quality of the league.”

The sense of optimism on Tyneside is increasingly persuasive with Howe having moulded together a team from the players he inherited and those he has been able to bring in at great, if not eye-watering, expense with the backing of the club’s Saudi-backed owners.

It appears to be well-founded too with their latest success, a 1-0 win over injury-hit Chelsea at St James’ Park on Saturday evening illustrating not only the quality at the Magpies’ disposal, but the character and commitment they will need to compete at the top end of the table.

The victory over Graham Potter’s men, which was secured by Joe Willock’s fine 67th-minute strike, was no more than they deserved as they eventually ground down the visitors and once they had got their lead, protected it with their lives.

So successful was their game management in the latter stages that the Blues and in particular Kai Havertz reacted angrily on the final whistle, prompting something of a melee.

Howe said: “I know it wasn’t pure football, the last part of the game. I’ve got no issue with that. I thought our players handled themselves really, really well.

“But I just think that’s Premier League football. It’s everything to these players and I think that showed.”

If Howe headed off for a mid-season break able to reflect upon the first part of a job well done, opposite number Potter was left licking his wounds after a bruising evening in the north-east.

Having already lost England striker Raheem Sterling to illness before kick-off, he saw Ruben Loftus-Cheek and then Cesar Azpilicueta limp off to add to an already lengthy casualty list.

Asked if the break would at least give the club an opportunity to reset, he said: “We have to see it in that way. We can’t do anything about it. We have to use it as a positive.

“We’ll have a couple of players back, and we can use the time to refocus and reflect, and get ready for the second half of the season.

“There’s a lot of football to play, and a lot of learning that’s happened over the last eight weeks. We’ll have to use the break as positively as we can.”