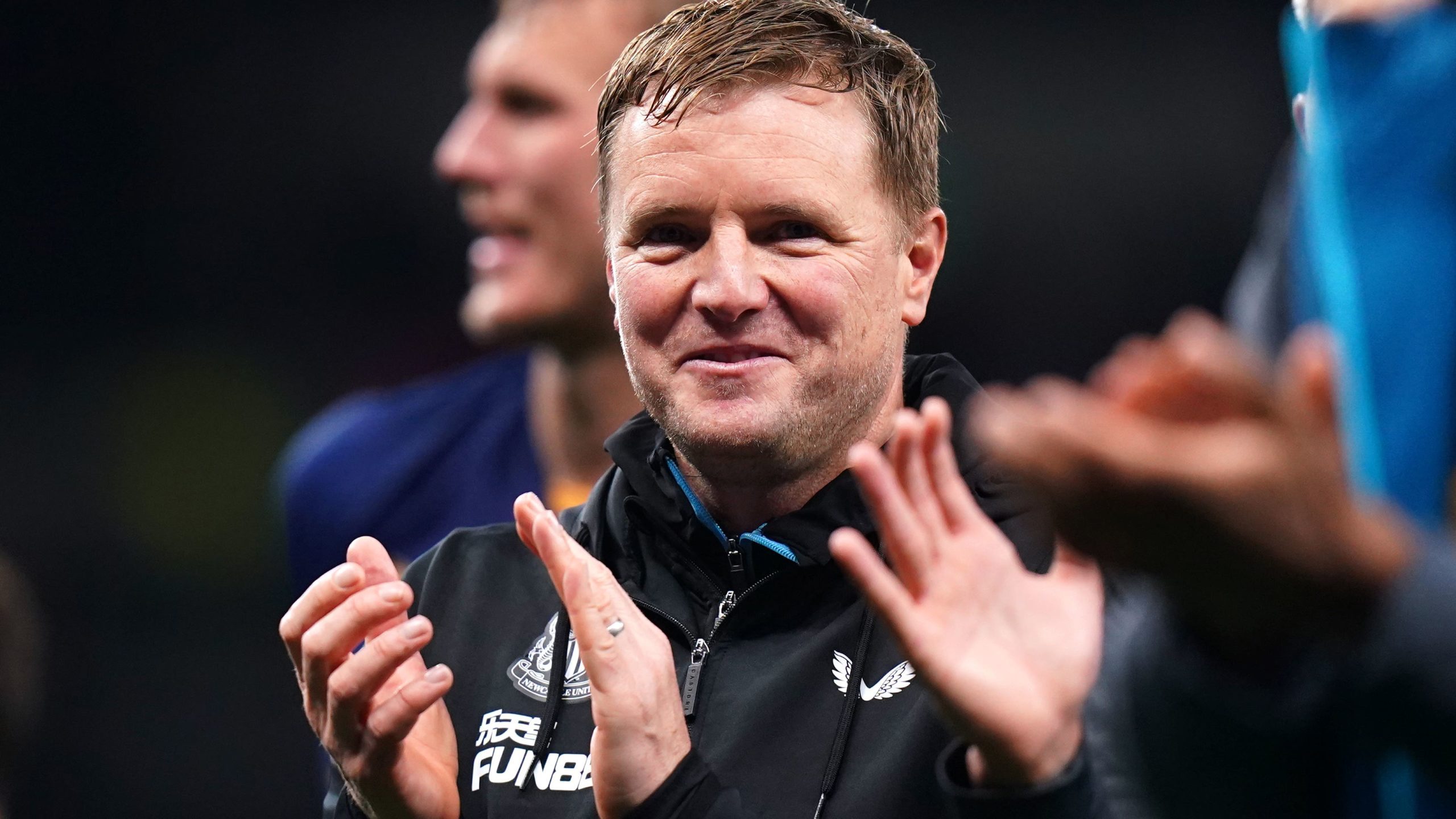 By By Damian Spellman PAOctober 28, 2022No Comments

Liverpool boss Jurgen Klopp recently included the Magpies in a list of clubs he suggested have “no ceiling” as a result of the wealth at their disposal following last year’s 80 per cent Saudi-backed takeover.

Newcastle have invested heavily – to the tune of around £210million – in the two transfer windows since Amanda Staveley’s consortium took control at St James’ Park, but head coach Howe has insisted money alone is not the only reason the club is currently sitting in fourth place in the Premier League table.

He said: “Money doesn’t guarantee success. It certainly helps, but it doesn’t guarantee anything. You can recruit very badly and these days, that will cost you a huge sum of money, so it’s about a mixture of things.”

Howe will mark a year in post on November 8, but remains in the early stages of his mission.

He said: “Time flies. It’s incredible to think as the months have ticked by that it’s nearly led to a year for me here. We’ve enjoyed it, but it’s gone so quickly.

“I do feel there’s an element of just starting with the team and we’ve got so much more to achieve and more to do. But I if am sat here in another year’s time, I’d probably be saying exactly the same thing.”

The Magpies entertain Aston Villa on Saturday with the visitors’ new boss Unai Emery due to take up his duties officially next week.

Emery, of course, might have been sitting in the home dugout at St James’ Park had he taken up the club’s offer of employment before they turned to Howe, but the 44-year-old will not be distracted by that as he attempts to guide his team to a fifth league win in six attempts.

He said: “Unai is a fantastic manager with an unbelievable record in various countries in Europe especially, so I think it’s a brilliant appointment by Aston Villa.

“But for me, I’m very, very proud to be leading this team and looking forward to the challenges ahead.”

Newcastle will once again be without record signing Alexander Isak, who has had injections in a bid to resolve the thigh injury which will sideline him until after the World Cup.

However Allan Saint-Maximin, who has been undergoing treatment three times a day including nightly sessions at home as he works his way back from a hamstring problem, could be involved.

Howe said: “I think I’ve seen this time a real huge, steely determination in him to get back fit and in the best physical condition possible. I can’t speak highly enough of how he’s attacked this stage of his rehab.”