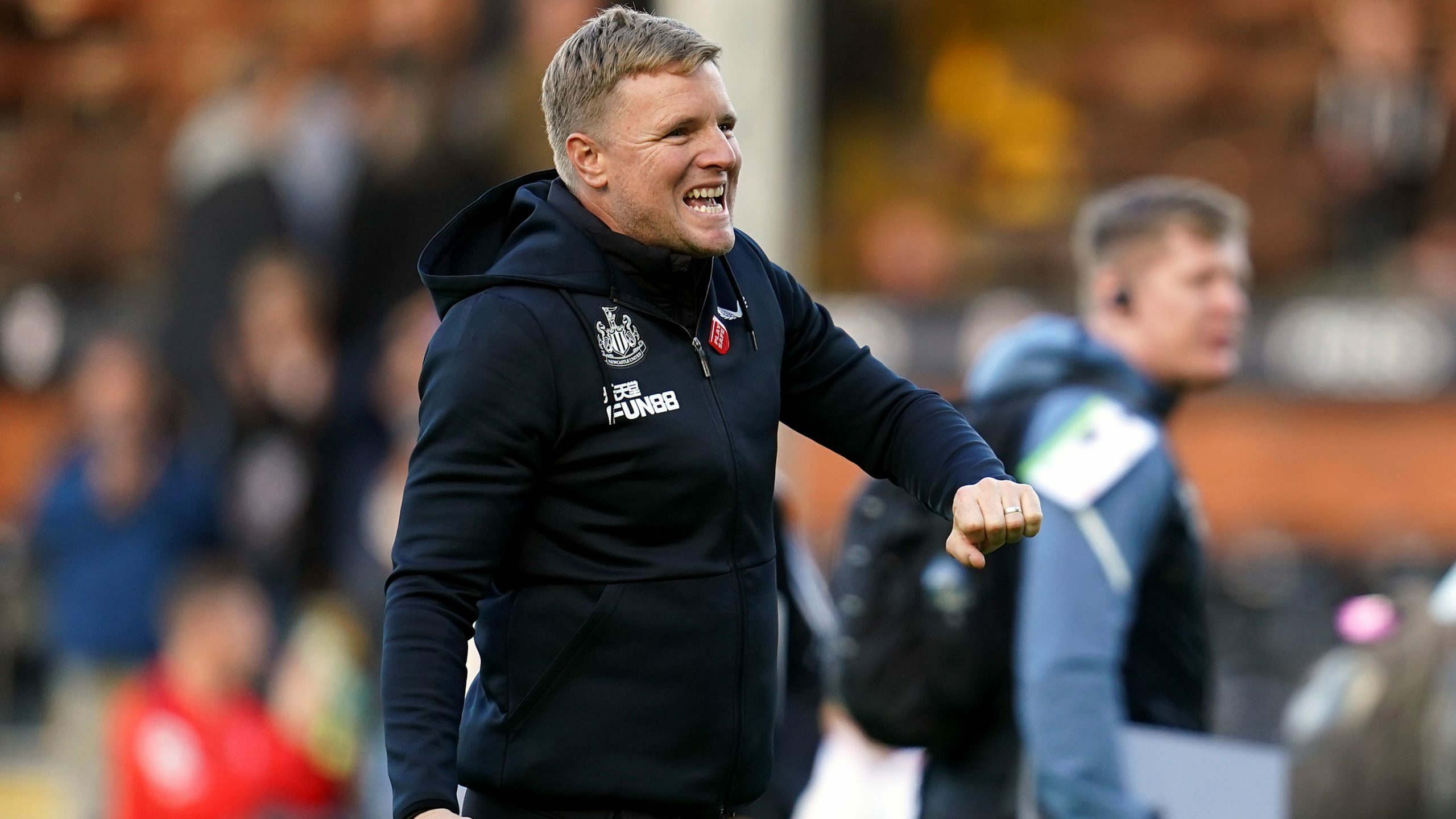 By By Damian Spellman PAOctober 15, 2022No Comments

The Magpies head into the weekend sitting in sixth place in the Premier League table, just a point behind Manchester United, whom they face at Old Trafford on Sunday at the start of a week which could go a long way towards establishing their credentials for this campaign.

Howe’s men, who have beaten Fulham 4-1 and Brentford 5-1 in their last two outings, travel to United and Tottenham either side of Everton’s midweek visit to St James’ Park, and the head coach is treating a difficult run of fixtures as a barometer of their development to date.

Asked for his response to suggestions Newcastle are contenders for European qualification, he said: “That sits with me fine. If people want to do that and link us with those positions, then I’ve got no issue with that.

“We have to remain very level and calm internally now. Yes, I know our form has been good consistently for a period of time, but form can change and my job is to keep everyone grounded internally, keep the players very focused on the short-term objectives.

“We have a group of games now coming up before the World Cup and we need to continue to be successful and to pick up points, and, if we can do that and go into the turn of the year in a good position, then rightly so.

“But it can change. The league is very condensed. It only takes a bad run of form then to knock you off your target, so I’m very relaxed about the situation at the moment.

“I know we need to pick up points in these tough games we have coming up.”

The Magpies have lost only once to date this season – and that only to Fabio Carvalho’s late strike at Liverpool – but have drawn five of their nine league games.

“It’s a big week for us, I’m not going to hide from that. The two away games are very tough, they’ll be big challenges for us, so it will give us a good marker of where we are.

“Getting points at this early stage of the season is hugely important as well because the league is starting to take shape and we want to be in and around where we currently are.”