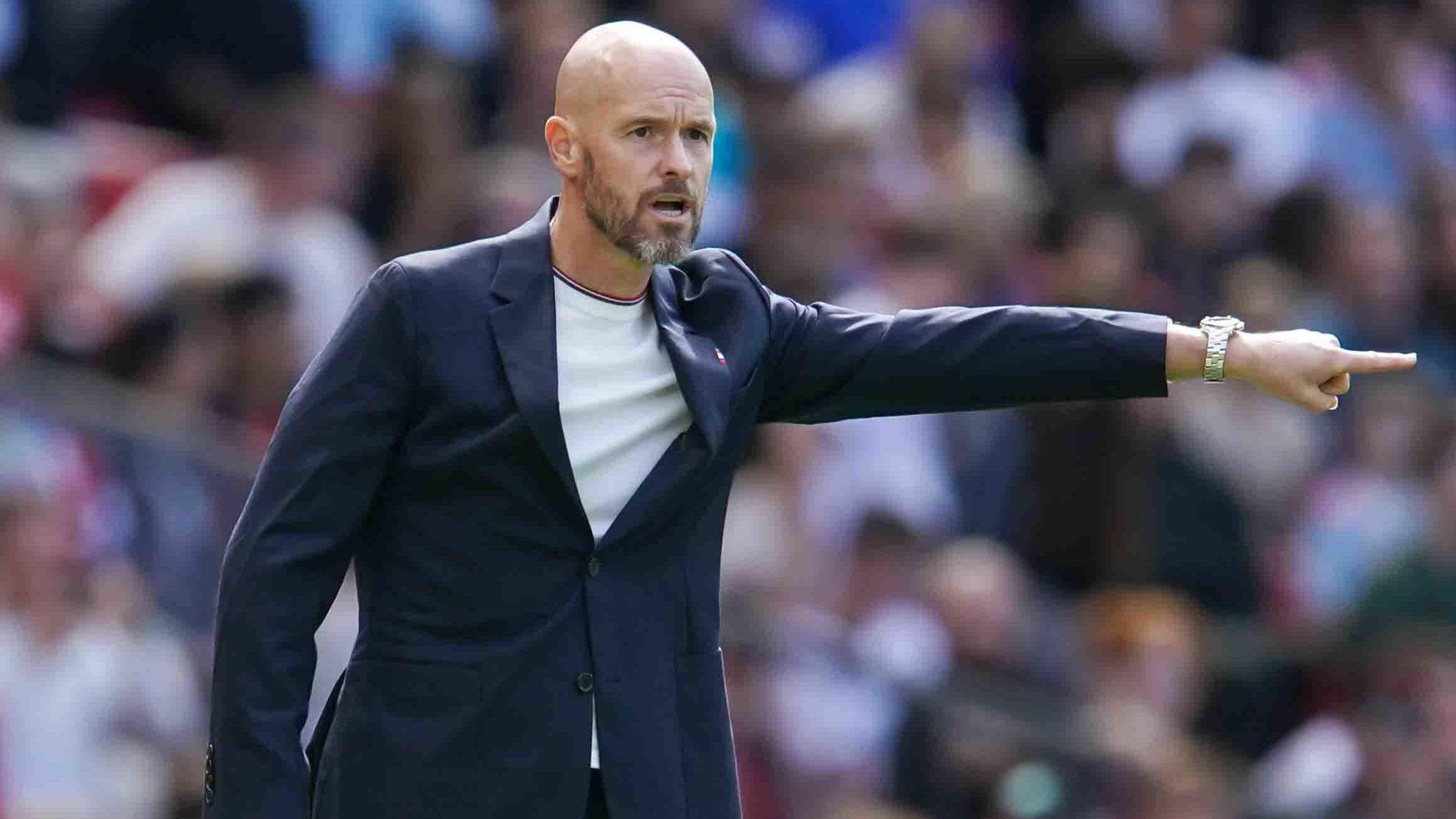 Erik ten Hag refused to be drawn on whether more money was made available following Manchester United’s derisory start to the season but he hailed the club for their flexibility in the transfer market.

United opened their Premier League campaign with a humbling defeat at home to Brighton and sat bottom of the standings after being mauled 4-0 at Brentford in a baptism of fire for new manager Ten Hag.

Since then, United have completed a £60million deal for midfielder Casemiro and winger Antony is poised to become the club’s second-most expensive signing of all-time – after Paul Pogba – as an initial £80.6m fee has been agreed with Ajax.

While Ten Hag has corrected course with wins over Liverpool and Southampton in the last couple of weeks, there have been questions as to why United did not complete their transfer dealings before the season began.

When asked if lying at the foot of the table after their first two fixtures was the catalyst for United flexing their financial muscles recently, Ten Hag replied: “It’s difficult to answer that question.

“It’s hypothetical how things go and you never know how things would go if you are earlier or later. There are many factors which make it complicated. It’s also a process: can you get them or not?

“There was always money. They made adaptations because of the market – and the club did that well. It’s clear we have strengthened the squad.

“As a manager you always want more. What I demand from my players, I have to show it by myself. You always want to maximise but at a certain point you also have to be satisfied at what is there.”

While United have a deal in place for Antony, with medical and player terms still to be finalised, Ten Hag also has his sights set on goalkeeper Martin Dubravka, who has fallen out of favour at Newcastle.

Ten Hag, who has also signed Tyrell Malacia, Lisandro Martinez and Christian Eriksen this summer, does not envisage any more deadline-day deals on Thursday, when the transfer window closes at 11pm.

Ten Hag said: “We have more options in several positions. We are really happy with the players we brought in, they give us a good feeling, they are quality football-wise but as people they suit Manchester United.

“All the top clubs in the Premier League spend a lot of money in the summer, if you want to compete at the top, you don’t have a choice.

“If you want to play for the first four positions you have to do it. I think we have the ambition, especially in the long-term, to play for trophies. We had to do this, I think.”

Cristiano Ronaldo has had a peripheral role at United this term, starting just once despite being their top scorer with 24 goals last season, and there is persistent speculation he is seeking a move away.

He recently hit out at the “lies” surrounding his United future but Ten Hag expects the Portuguese to stay put until at least January, insisting they see eye-to-eye after “several” discussions.

Ten Hag, who will be targeting a third successive win when his United side visit Leicester on Thursday night, said: “We are happy with him, he is happy to be here and we want to make the season a success together.

“It is clear. We are on one page and he knows what the demand is. You can see in training, it’s clear he has the capabilities.

“He will fit in, I don’t have to explain he’s a great player, he has great capabilities so he will fit in every system or in every style.”