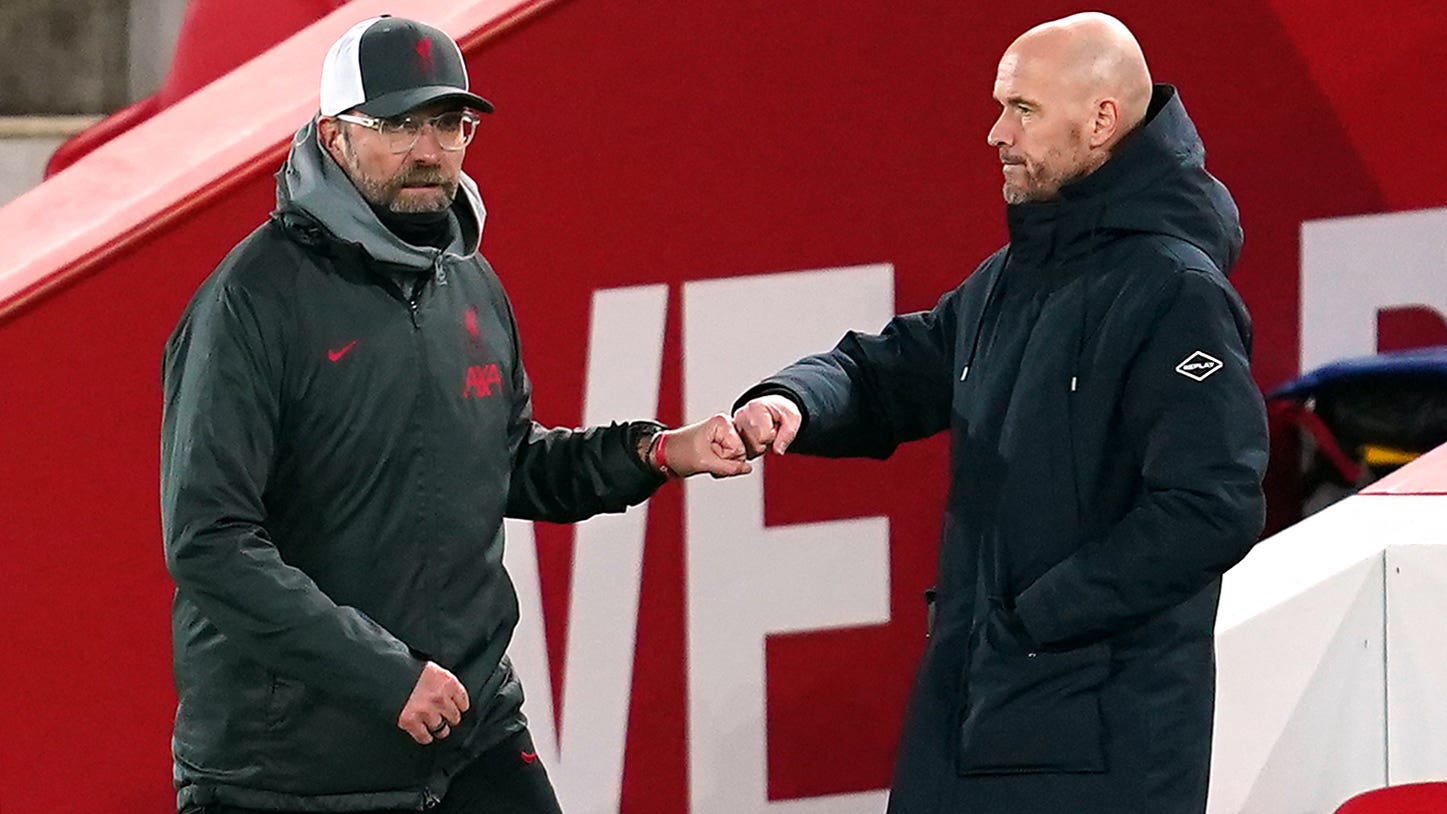 United’s new boss has lost his first two matches and now faces their arch-rivals at Old Trafford on Monday.

Klopp was reluctant to comment on the difficulties the Dutchman has had but said in comparison to his own early days Ten Hag has had it tougher.

“I think for me it was easier because I didn’t come for the start of the season, we didn’t have a transfer window,” he said.

“I actually thought after one day it’s my team, so I felt really responsible for all the performances from the first game. But it’s easier.

“And now, I don’t think you can really compare it, different times. My arrival is probably seven years ago – it’s a long time in football, a lot of things changed since then.

“But it’s not easy, definitely not, especially when you have to ‘rebuild’, or however they see it, but change a lot of things (in a) team. That’s not easy.”

Ten Hag has struggled to introduce the high-tempo press he wants his team to play and while they beat Liverpool 4-0 in a pre-season friendly – a match in which Klopp used three separate teams over 90 minutes – two defeats from their first two Premier League matches have shown how difficult it will be to change things.

“It’s obvious what he wants to do, he wants to build up from the back,” added Klopp, who had to do a similar job in terms of tactics when he arrived in 2015.

“We played them in the pre-season obviously. There, you could see and feel the high-press idea and these kind of things.

“We were, for sure, not ready for that game in the pre-season. We made some mistakes but they used them really well.

“The individual quality of United up front is ridiculous. I heard (Anthony) Martial can play probably: he played against us obviously a really good game, so another boy with technique and speed.

“(They have) football quality in midfield, whoever lines up he will have (Christian) Eriksen, (Bruno) Fernandes, Donny van de Beek, Fred and (Scott) McTominay.

“There’s real quality there and then it’s just about how we deal with that. I saw their two games and now we have to try to figure out if he (Ten Hag) will change and what he will change.

“We go from there. If we have no idea then we just have to learn it in the game.”