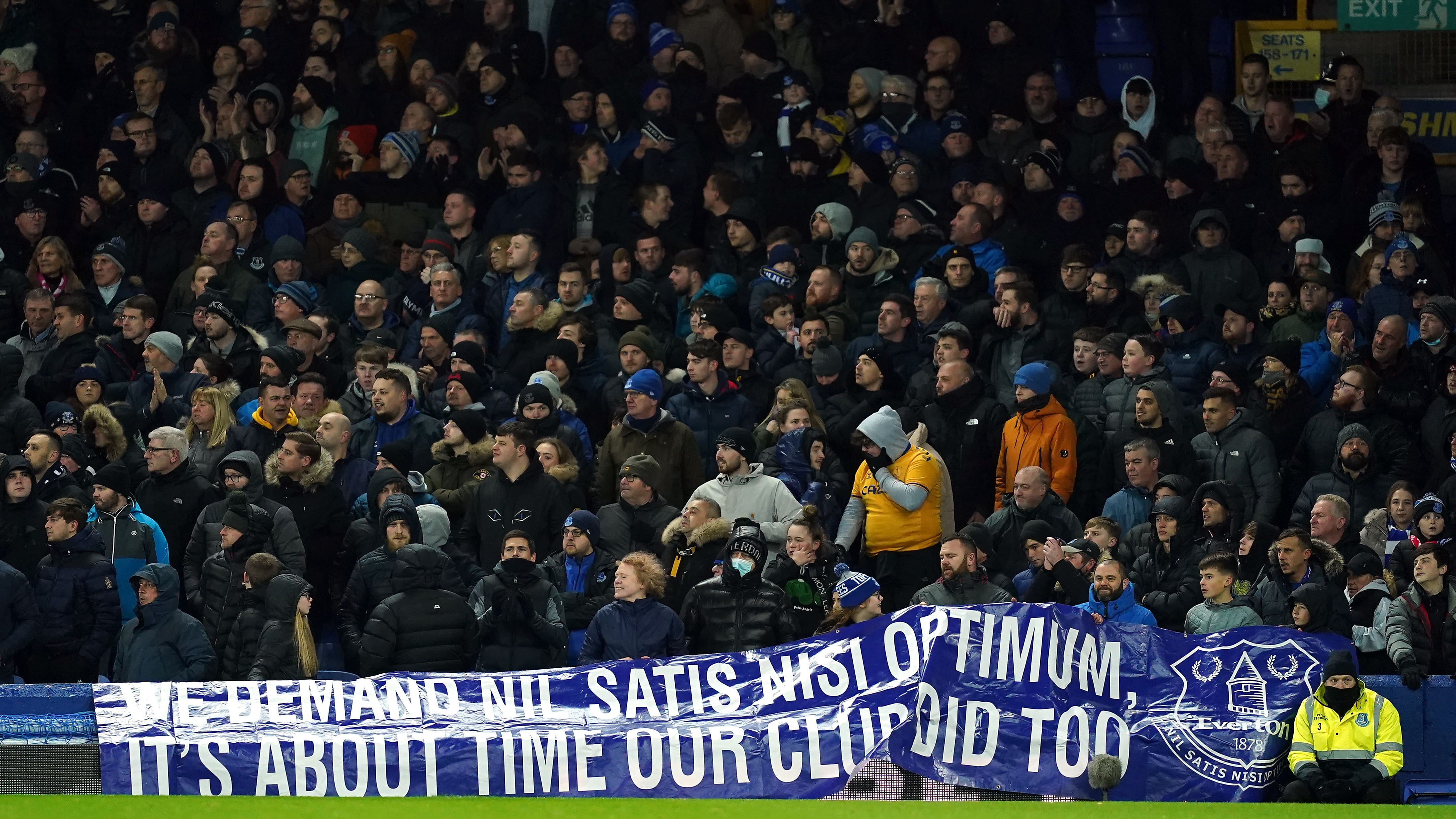 By By Carl Markham PAJanuary 2, 2023No Comments

Unhappy Everton fans are planning to stage a sit-in demonstration at Goodison Park next month to protest at their unhappiness with the “incompetent” management of the club.

Frank Lampard’s side ended a run of three successive Premier League defeats with a creditable draw at Manchester City on Saturday but five points from the last nine matches have left the Toffees just a point above the bottom three.

With the club facing the prospect of a second successive relegation battle, having avoided the drop in their penultimate game last season, a fan pressure group is taking action.

Last season the 27 Campaign (a reference to the number of years Everton had gone without a trophy) organised a number of protests and having rebranded as NSNOW (a name taken from the club’s motto Nil Satis Nisi Optimum) they are planning more demonstrations.

The protests are set to begin in the match against Arsenal on February 4, which is Everton’s first at home after the closure of the transfer window and is being televised live.

“We invite you to join us in expressing our discontent with the incompetent management of our beloved football club by the current owner and board of directors,” the group wrote in an open letter to fans.

“For too long our club has fell behind our competitors on and off the pitch.

“We believe that it is time for change and that only by holding those in power accountable can we hope to see our team thrive on the pitch once more.

“Therefore, we will be convening immediately after the final whistle to make our voices heard and demand better leadership for the future of our club.”