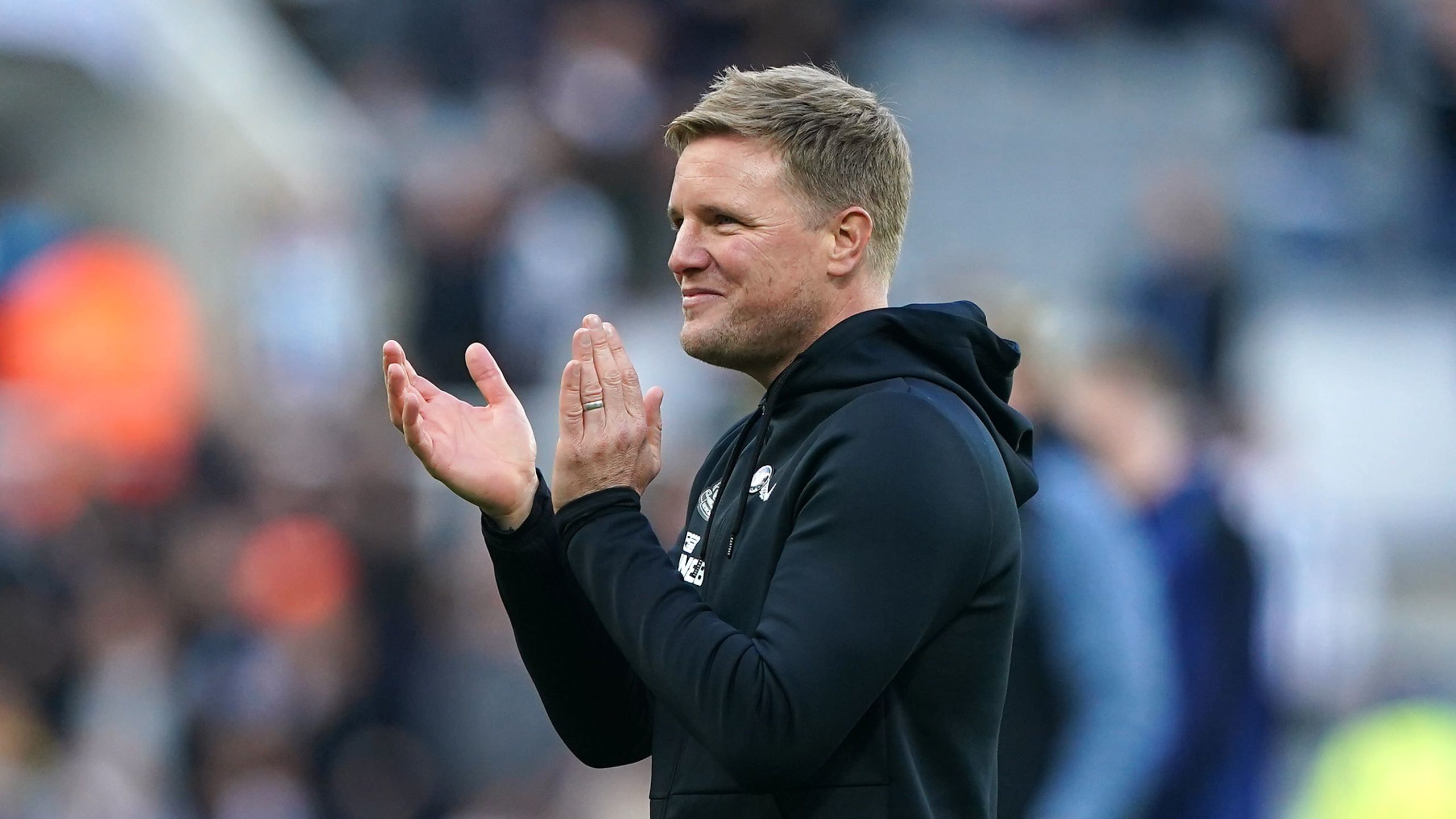 By By Damian Spellman PAOctober 22, 2022No Comments

Newcastle boss Eddie Howe is watching even more football this season than he did last after moving his family up to Tyneside, and it has helped him witness just how much passion there is for the high-flying Magpies.

The 44-year-old, who takes his side to Tottenham in the Premier League on Sunday, spent his first few months as Newcastle head coach living in a hotel while his wife Vicki and their three young sons stayed on the south coast, where the family had lived during his time in charge at Bournemouth.

However, they have now been reunited in the north-east and that has brought fresh responsibilities.

Asked what impact the move has had on his life, Howe said: “It’s changed my evenings, for sure, where I’d be otherwise watching another game!

“There’s been a lot of travelling to different football arenas with my two sons. My eldest two sons are both part of teams and it’s been great to get round the local area to meet different people and to have a greater understanding of the youth football round here.

“It just hits me how passionate all the kids, boys and girls, are for Newcastle.

“Before my son played last night, there’s a girls team – I’m not exactly sure what age they are – and all of them have got Newcastle kits on. The passion just hits you straight away, so that’s been great to see. That’s what I’ve been spending most of my evenings doing.”

Howe’s presence on the touchline at grassroots games may cause something of a stir, but he has enjoying meeting fellow parents and hearing their views on the job he and his players are doing after an encouraging start to the season.

He said: “They’ve been very good, actually. Everyone’s been very friendly, very welcoming. They respect that I’m there to support my sons, but they’ve still had the urge to talk about Newcastle and I fully respect that and understand that.

“It’s been healthy for me to get out and about to share those Newcastle stories of how proud everyone is of the team at the moment.”

The man handed the task of coaching Howe’s sons could be forgiven for being daunted by his scrutiny.

However, as a member of Manchester United’s famous Class of ’92 alongside the likes of Gary and Phil Neville, Ryan Giggs, Nicky Butt, David Beckham and Paul Scholes, Paul Gough has taken it all in his stride.

Howe said: “Do you know what? I’ve been so impressed with him. I want to give him a special mention, Paul Gough, brilliant coach.

“He was part of the Class of ’92, actually, at Manchester United, so he’s got a football background and I’ve really enjoyed watching him coach my sons. He’s top class.”