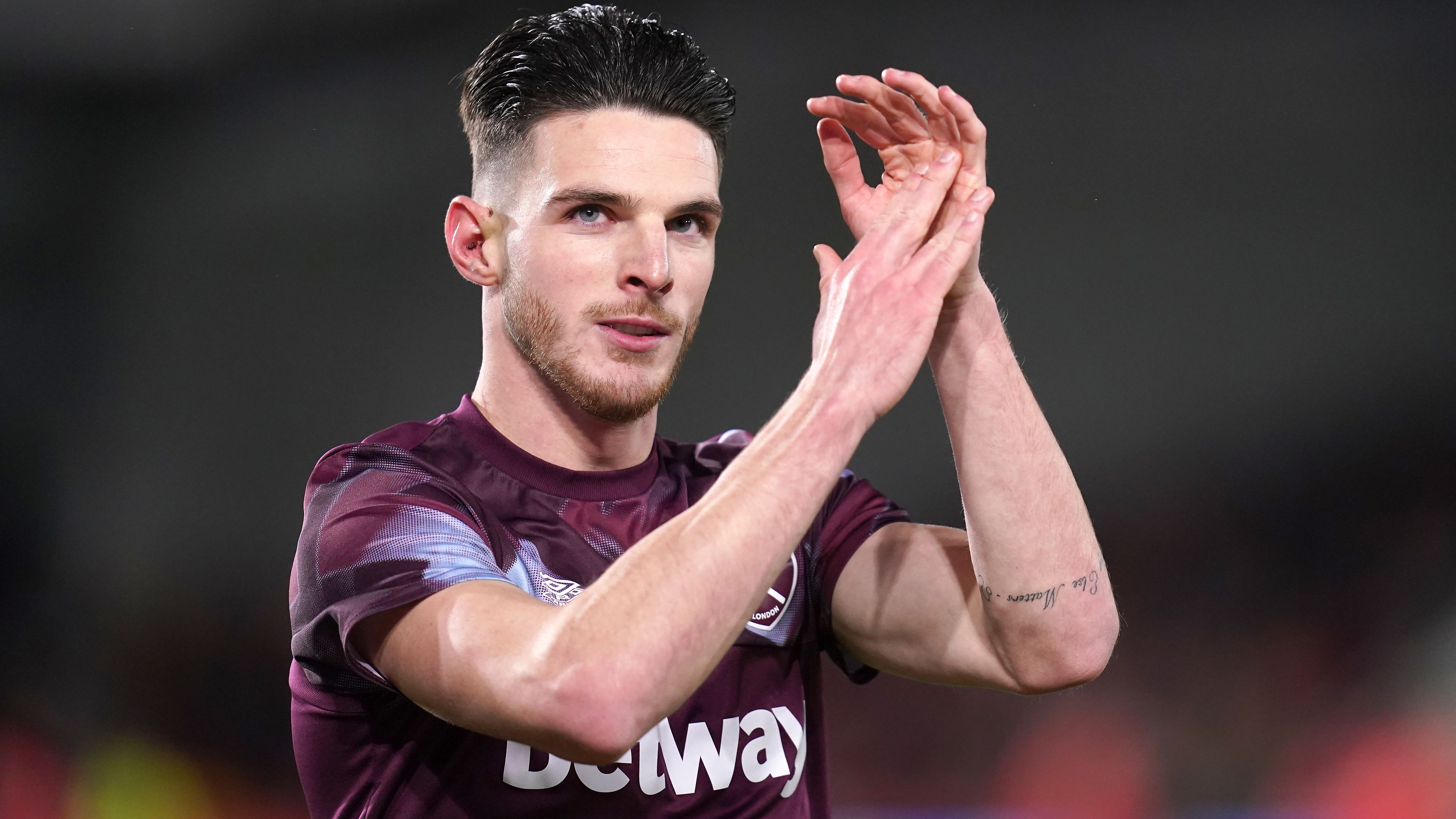 Declan Rice is leaning towards joining Arsenal this summer because of the prospect of playing for Mikel Arteta, who has drawn up plans for the West Ham midfielder, according to The Guardian. The paper says Arsenal have made the 24-year-old their top transfer target and are increasingly confident of beating Chelsea to his signature.

The Daily Telegraph writes that Everton have held talks over the future of manager Frank Lampard. The paper reports the club were preparing to sack the 44-year-old but there was no confirmation from them.

Elsewhere, Belgium forward Leandro Trossard‘s agent has claimed Tottenham were in talks to sign the 28-year-old before he joined north London rivals Arsenal. Spurs lodged a bid for the Belgian first, but their offer of £12million was quickly rejected by the Seagulls who expected more than double.

And the Daily Mail reports Everton are wanting to sign Chelsea midfielder Hakim Ziyech to aid their battle against relegation. A number of clubs are also showing an interest in the 29-year-old.

Vitor Roque: Gazzetta dello Sport reports that Manchester United have joined Paris St Germain in the chase for the 17-year-old, who has a £52.5m release clause in his Athletico Paranaense contract.

Keylor Navas: Mundo Deportivo says Nottingham Forest are looking at bringing in the 36-year-old PSG keeper, although Bournemouth and Leicester are also reportedly interested in the Costa Rican.