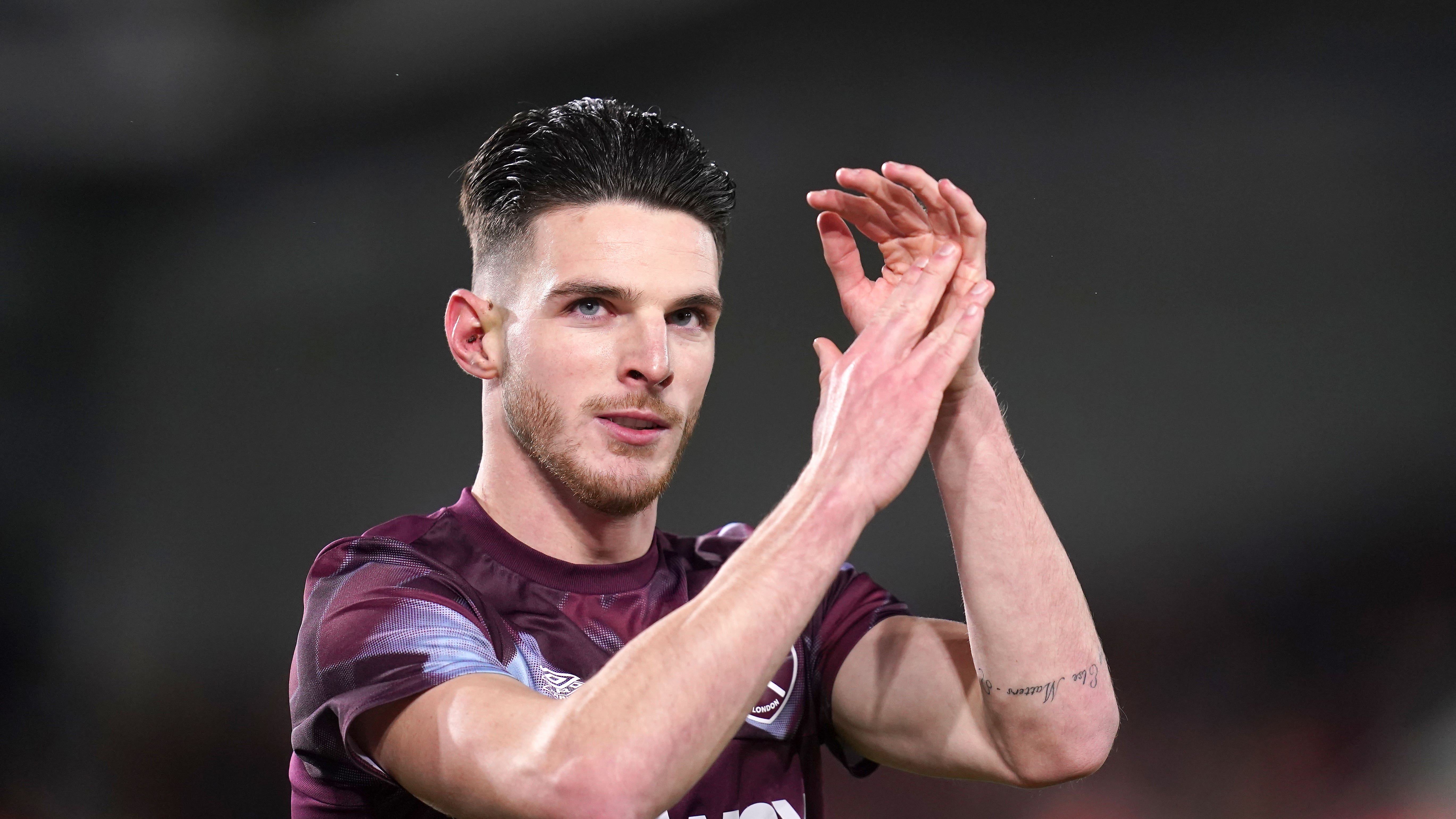 Declan Rice has become Arsenal’s top target this summer, according to the Times. And the paper adds that the Gunners are growing in confidence that they will beat Chelsea in signing the England midfielder. The 24-year-old’s contract with West Ham runs until next year and he has been unwilling to sign a new deal.

Brighton are understood to have made enquiries about Argentinian forward Valentin Castellanos. The 24-year-old has scored five times in 18 appearances for Girona, where he is on loan from their sister side New York City FC. The Independent says the Seagulls will need another attacker following the expected departure of Leandro Trossard to Tottenham, with the Mendoza man considered a fitting replacement.

Chelsea will reluctantly allow Hakim Ziyech to leave this month due to their need to cut non-homegrown players before the Champions League next month, reports the Telegraph. Newcastle want to sign Blues midfielders Conor Gallagher and Ruben Loftus-Cheek, but the paper says only Morocco winger Ziyech, 29, could be allowed to depart Stamford Bridge for the north.

Nico Gonzalez: TuttoMercato reports Newcastle are now in the mix along with Leicester to sign Fiorentina’s Argentina forward, with his club setting a £40m price tag on the 24-year-old.

Raphinha: The Brazil winger, 26, has no intention of leaving Barcelona for Arsenal in January, says Mundo Deportivo.

Anthony Gordon: Chelsea and Tottenham are no longer interested in the 21-year-old Everton forward, according to Caught Offside.