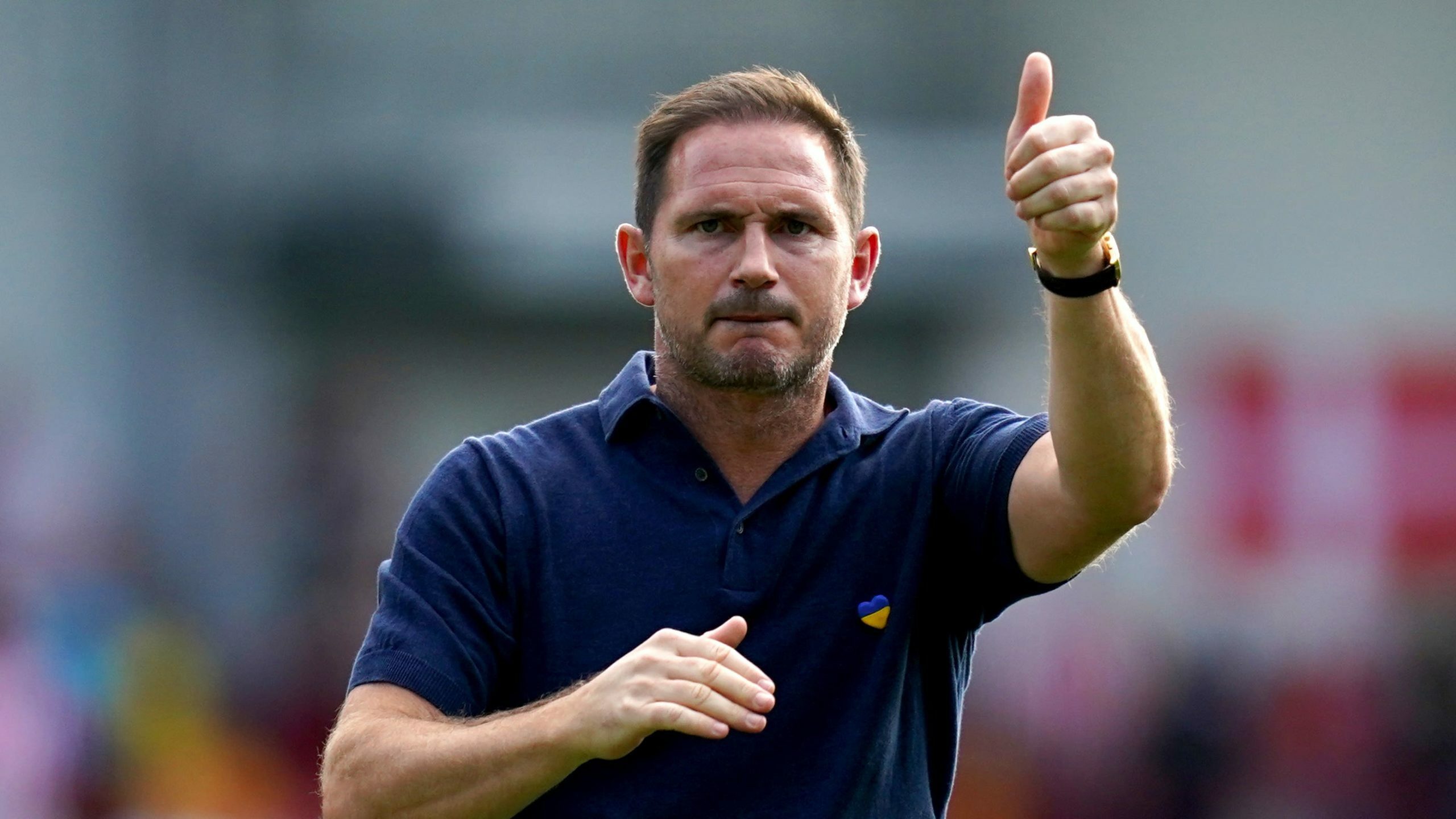 By By Carl Markham PASeptember 17, 2022No Comments

Everton are still waiting for their first win of the season but manager Frank Lampard is remaining patient.

The Toffees have accrued just four points from their six matches, scoring only four times, but Lampard believes changes to personnel made over the summer are yet to take full effect.

Everton bolstered their defence with the signings of of James Tarkowski, Conor Coady and Ruben Vinagre and made significant improvements to the midfield with the arrivals of Amadou Onana, Dwight McNeil, Idrissa Gueye and James Garner.

“From where we were at the end of last season, we had to add through the core of the team (in the transfer market),” said Lampard, whose side face West Ham on Sunday.

“We’ve deserved more points than what we’ve got – that doesn’t mean anything but it’s nice to feel the confidence of being solid and feel like we’re going in the right direction.

“It can take time for certain elements of the team to grow but if we can keep more clean sheets – and be more tight and more difficult to beat – that’s a big starting point for us.

“We feel confident in ourselves, with the way we’re playing. We probably haven’t had the rub of the green here at Goodison.

“I feel we can see a strength within the team, but it can take time to translate the performances into results.

“We just have to keep working in the right direction and believe that will come.”

Lampard also still has a number of injury issues to contend with as defenders Yerry Mina, Mason Holgate and Ben Godfrey continue to be absent.

Andros Townsend, meanwhile, has been sidelined by an anterior cruciate ligament injury since March, but the forward sees “light at the end of the tunnel” in his rehabilitation.

“It’s been nice to build myself back up again and try to get myself to a level I never was before,” Townsend told evertontv.

“That’s been the only thing on my mind – how can I get back bigger, better and stronger?

“I’ve been working on strengthening my hamstrings and my calves. I’m in the best shape I’ve ever been body-fat wise and weight-wise. Hopefully that stands me in good stead when I do return.

“I’m just over five months in now (to his rehabilitation) and there is still time to hit those markers and progress how I want, so I believe there is light at the end of the tunnel.”