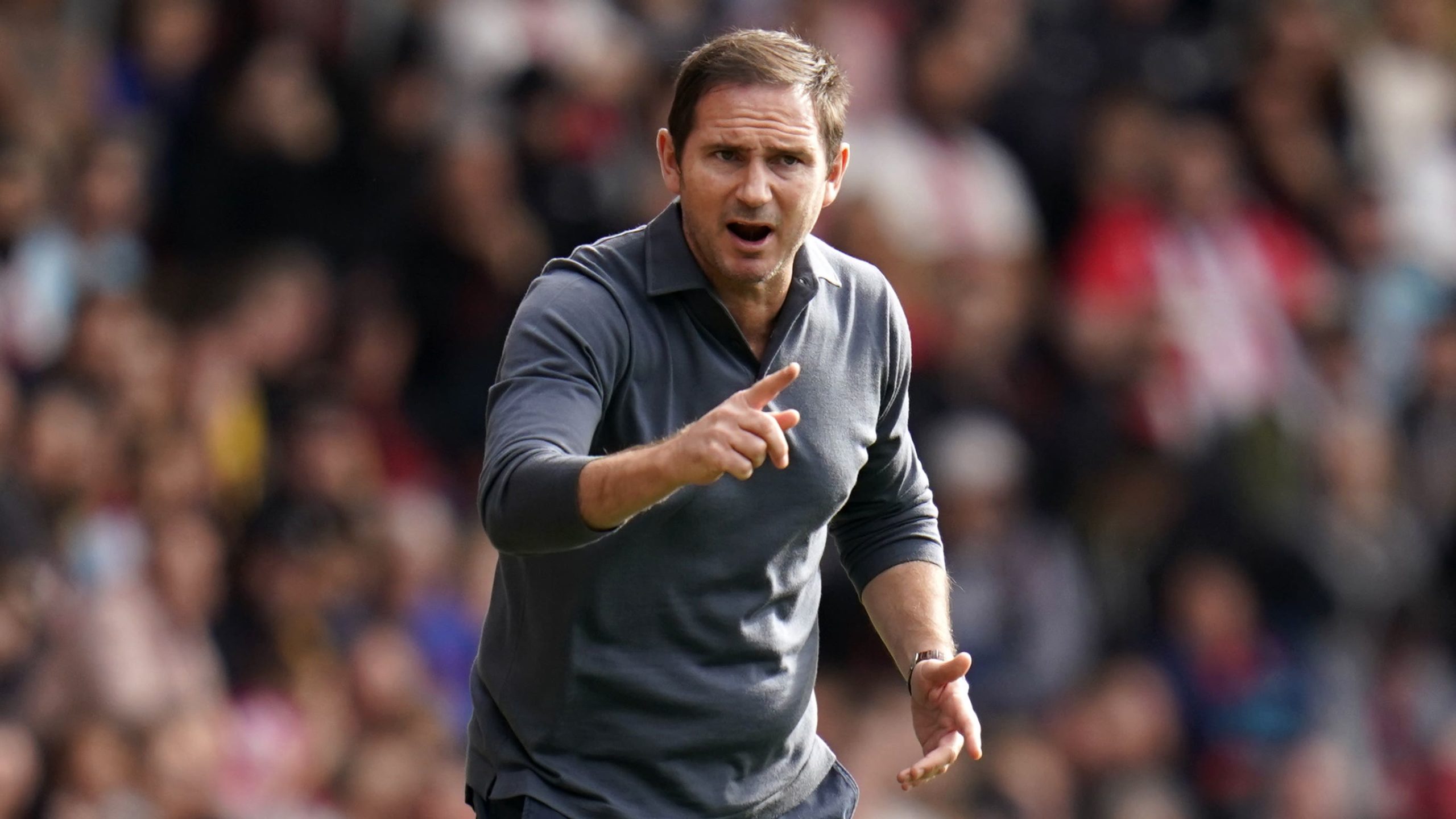 Everton’s recent revival has been built on a new-found defensive stability but manager Frank Lampard accepts if that cannot be maintained then their problems could resurface.

Last season’s relegation battle saw the Toffees concede 66 goals and put them in the predicament which only saw Premier League safety secured in the penultimate match of the season.

However, following the summer signings of centre-backs Conor Coady and James Tarkowski, they headed into this weekend’s round of fixtures with the top-flight’s best defensive record with just seven conceded.

That has helped them build a six-match unbeaten league run and, after starting without a win in their opening half-dozen fixtures, they host Manchester United on Sunday just two points behind their opponents.

“I’m very happy because it’s a base that can help you win games,” Lampard said of the change defensively.

“I’m also happy for the lads, because when you work as a team collectively it’s a really nice stat to hold onto.

“What we have, for sure, is a great spirit and organisation and we work hard on the training pitch in trying to have that solid base.

“This Premier League is unforgiving, though, and if we drop those standards, then those nice things can change.

“We must take pride in that (record) and try to get even better, because we can certainly improve defensively.”

Everton are unbeaten in three against United, winning their last meeting at Goodison Park in April.

The visitors have had some decent results, beating arch-rivals Liverpool and Arsenal, but also some aberrations against Brentford (4-0) and last weekend’s 6-3 hammering by Manchester City.

“I think you have to expect the best version of the team to come and then also try to find the weaknesses – and everyone has them,” Lampard added.

“It is very important for us at the moment, while we are on a run and it feels like an upward curve, that we focus on ourselves.

“We should be able to give a lot of teams trouble if we do our things really well.

“At the moment we are doing them pretty well. Can we do them better? For sure.

“The first feeling of Manchester United is they are always a big threat on the counter-attack.

“We are well aware of the individuals at the attacking end of the pitch but are confident in what we can do first.”