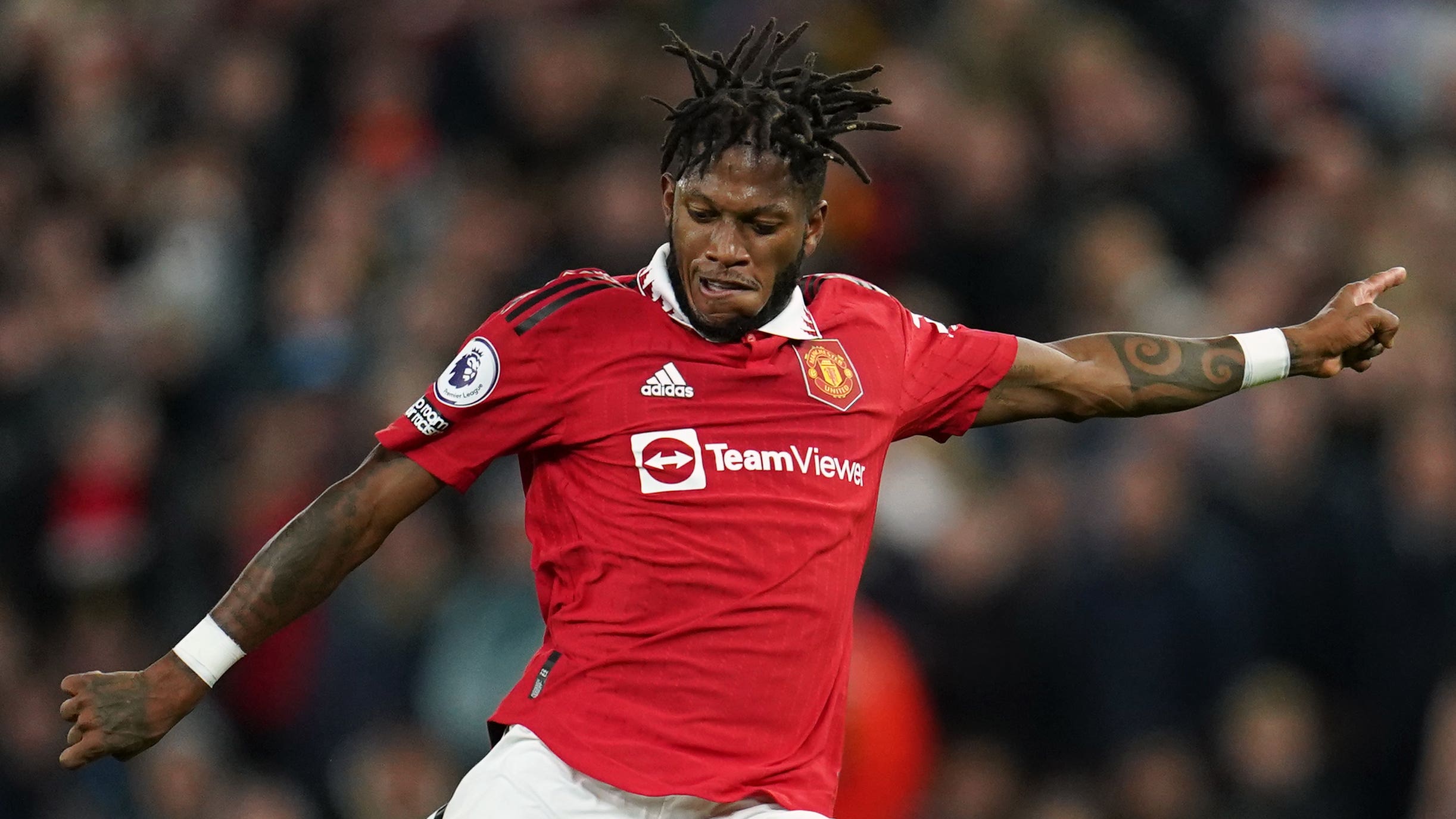 Fred has his sights set on another statement win as Manchester United head to Chelsea buoyed by a magnificent victory against Tottenham that he felt was important on both an individual and collective level.

There have been ups and downs since highly-rated Erik ten Hag took charge in the summer but the meticulous manager’s fingerprints have been clear from the outset.

The Red Devils remain a work in progress but showed on Wednesday what can happen if everything comes together, with Fred’s deflected strike and a brilliant Bruno Fernandes effort securing a 2-0 win against Spurs.

Antonio Conte’s men were fortunate to avoid a bigger defeat as Old Trafford not only witnessed the best performance of Ten Hag’s short reign but United’s best 90 minutes in some time.

“When I missed the ball we recovered it quickly so it worked well.

“We did a good pressing and we built a result with all the hard work that we’ve done. It’s a collective result and a very important one.

“A very good performance. Our team worked hard for this during the season.

“We are adapting with the new coach, the pre-season and now starting the season, game after game. So we talk in the changing room, we help each other.

“(Against Spurs) we started very concentrated since the first minute until the end, and we got a big game and result.”

Asked if that was United’s best performance in years, Fred said: “Not sure if it was the best in years but it was a great game and, as I said, I’m very happy with our actions. And I’m happy with my own action, so we need to carry on.

“On Saturday we have a very difficult game against Chelsea and now we have to rest to do a big game again.”

United have beaten Liverpool, Arsenal and Tottenham at home but now comes Saturday evening’s trip to Chelsea, which offers them the chance to supplant Graham Potter’s side in the top four.

Ten Hag’s Red Devils will need to be at their best to win at Stamford Bridge, where Fred will surely retain his starting spot after putting in a mightily impressive display alongside fellow Brazilian Casemiro.

The latter also shone on only his second Premier League start at Old Trafford, having been eased in since completing his big-money summer switch from Real Madrid.

“I’m very happy playing next to Casemiro,” Fred said. “He’s a big player for the Brazilian team, we’ve already played a long time together in that team.

“It’s very important being side by side with him and playing with him improves my football.

“A big player like Casemiro can play there and Scott McTominay is also a big player. They are both very important.

“I can’t say anything about Casemiro – everybody knows his qualities and how important he is for the team, and Scott is also a great player.

“We have big games at this club all of the time; it’s a midfield where we have big players. We have to be good to help the team all the time and this is the most important thing.”

Casemiro was not the only Brazilian to join Fred at Old Trafford this summer as 22-year-old Antony moved from Ajax for an initial fee of 95 million euros (£82.1m) that could rise by a further five million euros (£4.3m).

“Antony is a very good player, very young,” Fred said. “He arrived and took his place in the team which is difficult. He has big qualities.

“He didn’t score (against Spurs) but soon he will get goals again. He’s already shown he can score for this team.”

Fred will no doubt aid his compatriots’ adaptation to life in Manchester, which he has called home since joining United from Shakhtar Donetsk in 2018.

The 29-year-old has not always hit the heights fans expected from him during that period but his outstanding display against Spurs earned recognition from the stands as ‘Fred Will Tear Us’ echoed around Old Trafford.

“I don’t know them,” he said of Joy Division with a laugh. “I’m very happy with the song, with the supporters.

“I’m just very happy with the team and the supporters. The fans were fantastic, they made a difference.”