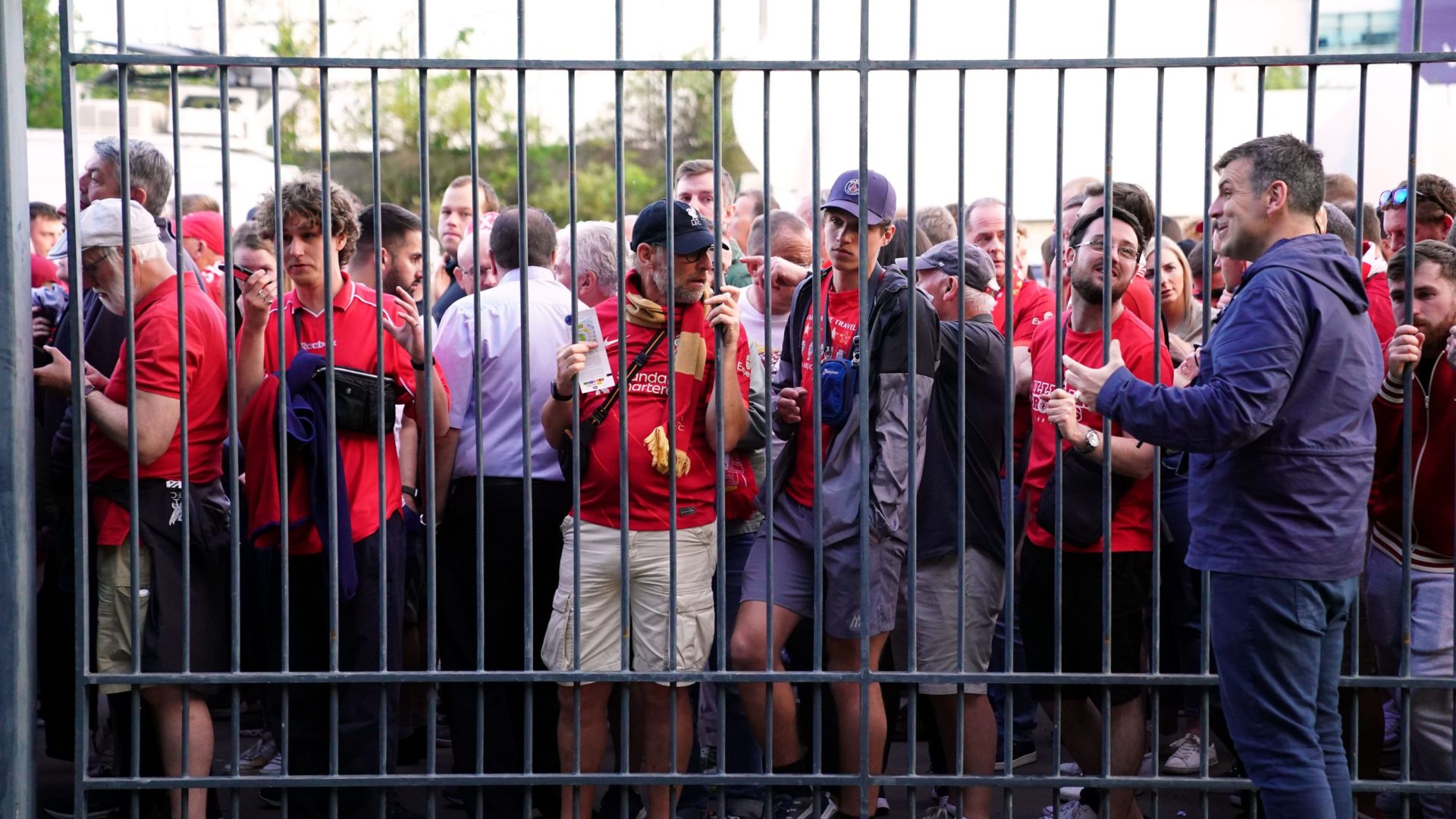 A French government report into the problems at the Champions League final last month has highlighted “multiple failures” in the management of the crowd in Paris.

Having initially blamed ticketless Liverpool fans for the chaotic and worrying scenes that saw supporters corralled and teargassed outside the Stade De France ahead of their clash with Real Madrid, police chief Didier Lallement conceded earlier this week the operation had been a failure.

He also admitted he had no evidence for previous claims that up to 40,000 Liverpool fans without tickets or with forged tickets had descended on the stadium.

The 30-page government report, which was released on Friday, came to different conclusions, instead focusing on systemic failures and “the presence of malevolent individuals” in the vicinity of the stadium.

Large numbers of Liverpool fans have reported being attacked and having possessions stolen outside the ground.

The report read: “The dysfunction was the result of, despite careful preparation, multiple failures in the guiding and the management of the crowd, in the insufficient communications between the RATP (transport operator) and the PC (public order body), in the lack of suitable routes to the ground, in the lack of coordination and failed dialogue between all parties when it came to recognising the warning signs in terms of the presence of malevolent individuals who assembled in large numbers near the stadium to commit delinquent acts.”

The report also set out five recommended steps to avoid similar incidents in the future.

Paris is due to host the Rugby World Cup next year and the Olympics in 2024.

The recommendations include: setting up a dedicated government body to oversee major sporting events, a flexible system of crowd control and optimising the management of routes to major events, a more secure ticket system and a modernised traffic system around the Stade De France.

Kick-off for the Champions League final was twice pushed back because of the problems getting fans into the stadium.

The report reveals that 2,700 Liverpool fans with valid tickets did not make it into the stadium. They will have the cost of their tickets reimbursed.