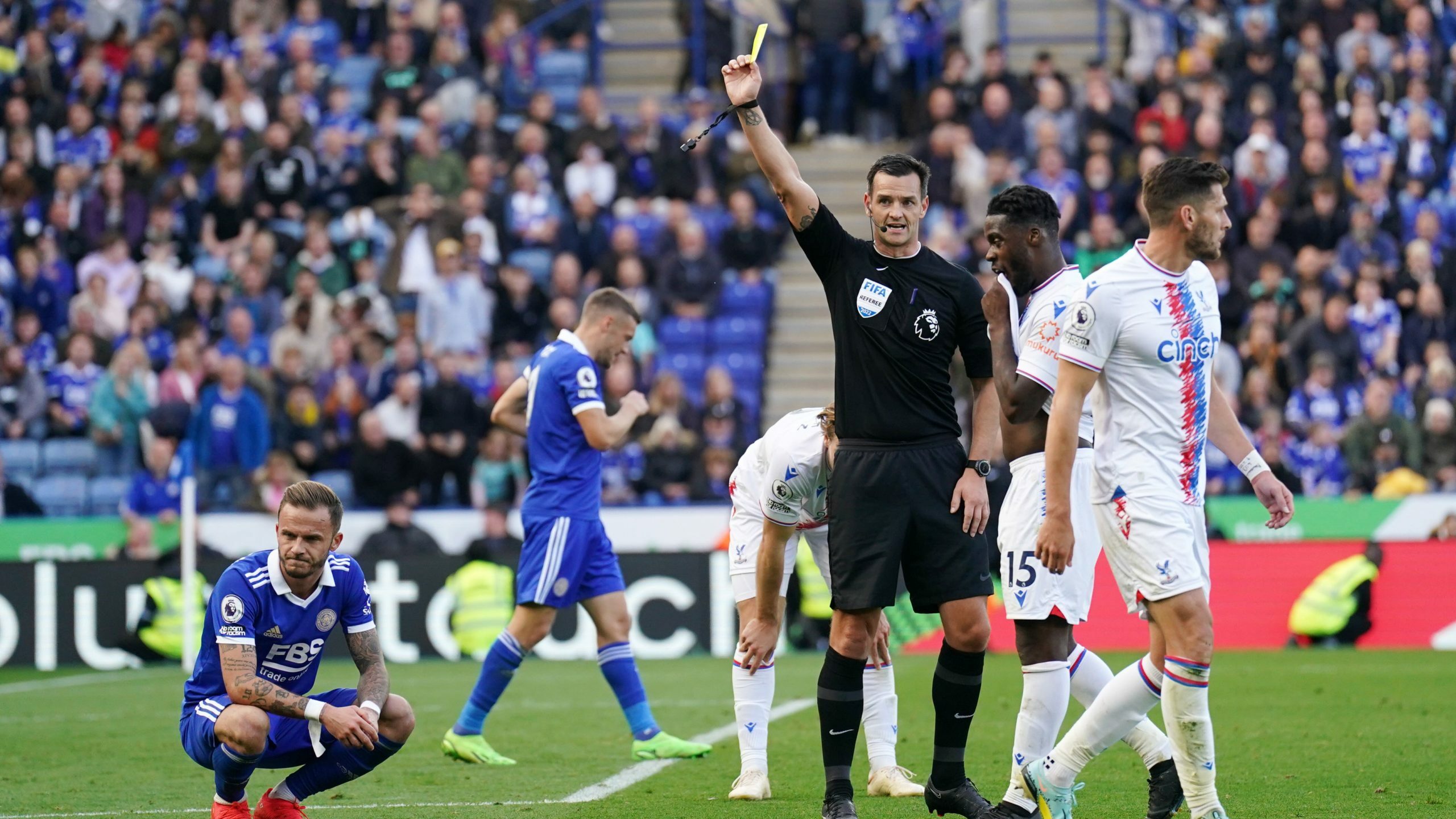 Frustrating afternoon for James Maddison and Leicester in Palace draw

James Maddison missed the chance to make a lasting impression on England boss Gareth Southgate as Leicester were held to a 0-0 draw by Crystal Palace.

Maddison has been vocal in his desire to go to the World Cup with the Three Lions and Southgate was in attendance at the King Power Stadium less than a week before he names his provisional squad for next month’s tournament.

The 25-year-old Maddison was heavily involved in the Foxes play, but missed two decent opportunities, was not at his creative best and was also booked for diving in the lunchtime stalemate, meaning he will miss the midweek game with Leeds.

Maddison can now only wait nervously to see whether Southgate will take a punt on him, but he remains an outsider to be in Qatar.

Not many people, including the Three Lions boss, will remember this game for long, where some Leicester fans chanted for under-pressure boss Brendan Rodgers to be sacked.

The Foxes had the better of it but were unable to make a breakthrough and will view this a missed opportunity to get three points on the board as they remain in the bottom three after 10 games.

Palace were not at their best going forward and mustered just one shot on target in a forgettable affair.

The Foxes started well, with a dangerous Maddison free-kick palmed away by Vicente Guaita.

The Palace goalkeeper had more work to do in the 16th minute as he came out to block Harvey Barnes’ effort after the Leicester forward burst into the area and then he had to beat away a fierce shot from Patson Daka who had been played in by Kiernan Dewsbury-Hall.

Leicester have been vulnerable from set-pieces this season and they could have found themselves punished on the half-hour.

Eberechi Eze sent in a free-kick that was perfect for Marc Guehi at the far post, but the England international could not keep his header down.

Eze was at the heart of everything Palace had and he came closest to breaking the deadlock in the first half when he whistled a 20-yard shot inches over the crossbar.

Leicester started the second half well and Maddison found space in front of goal first the first time in the match, but he rolled a 20-yard effort wide of the post.

Palace were not causing much threat going forward, but they forced Danny Ward into his only save just after the hour.

Ward has attracted plenty of criticism for his performances this season, but got down well to keep out Odsonne Edouard’s low shot.

Maddison had another effort soon after but shot straight at Guaita and then sent in a corner for Timothy Castagne, whose weak header went straight at the Palace goalkeeper.

Leicester were the side continuing to push, but they could not make the breakthrough and their fans showed their frustration with their boss at the end.