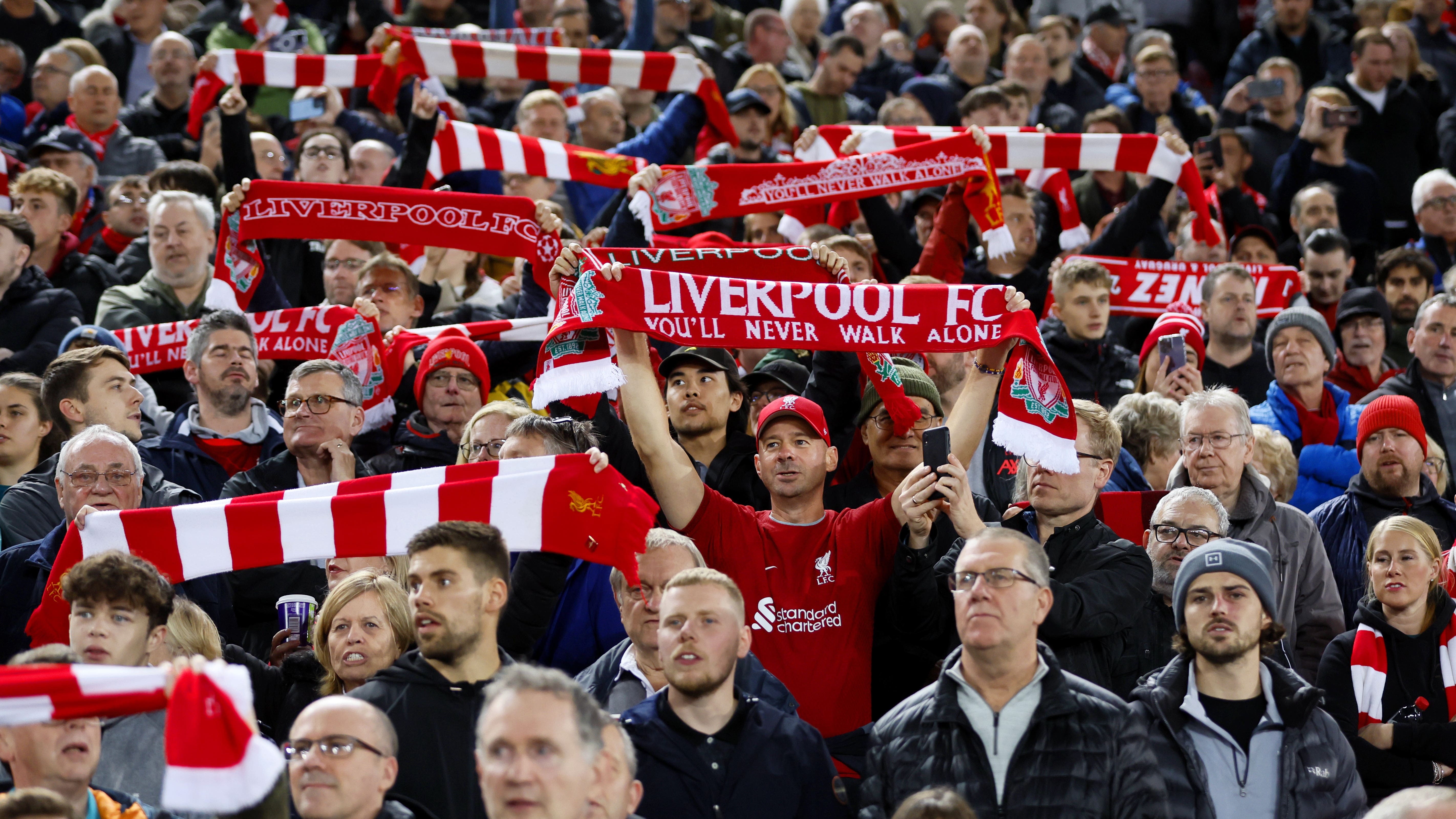 By Press AssociationNovember 15, 2022No Comments

Football Supporters’​ Association chief executive Kevin Miles praised “repentant sinners” Liverpool, who he views as a potential proof-of-concept model for the necessity of proposed reforms to governance within the game.

The Reds were one of six Premier League clubs to initially announce their involvement in the breakaway European Super League in April 2021.

The fallout from that event, including major backlash from fans, accelerated the commissioning of the independent fan-led review of football governance, chaired by Conservative MP Tracey Crouch.

Next week marks the one-year anniversary of the release of that report, which refers to the ESL controversy as a “point of crisis in our national game”.

While Crouch has criticised the slow implementation of the review’s recommendations, Miles was able to point to the Reds reform as one sign of progress while stressing more work and legislation was vital.

“At club level I think it’s a lot more patchy (than with football authorities),” Miles told an audience of stakeholders at an All Party Parliamentary Group for Football Supporters event at the House of Lords.

“We have some clubs who have moved an incredible distance in the right direction in terms of their supporter engagement. Interestingly enough, some repentant sinners among those clubs, in terms of the ones who were involved in the conspiracy for the breakaway.

“I think people have either genuinely learned their lesson, we don’t have a ‘sinnerometer’ to measure the sincerity of those clubs, but they either genuinely regret what they’ve done or realise they have some way to go to redress their image. But we have clubs who have come a long way to establishing clear lines of communication, genuine supporter engagement.”

Miles singled out Liverpool, who in August established a new supporters’ board, legally enshrined in the club’s Articles of Association.

In a statement, Liverpool outlined their legally-binding commitment to “structure strategic engagement with supporters, strengthen dialogue and increase fan involvement in decision-making processes”.

The agreement effectively gives the supporters board veto power in certain areas, and ensures they would be part of future conversations around any proposed breakaway competitions.

Miles’ remarks come a week after UEFA reiterated its opposition the Super League concept following a meeting with A22, the company behind the organisation of the hugely controversial project.

Liverpool’s is a model favoured in Crouch’s report, which lists among its 10 strategic recommendations, endorsed by the Government in April: “As a uniquely important stakeholder, supporters should be properly consulted by their clubs in taking key decisions by means of a Shadow Board.”

Key to the implementation of the recommendations will be the introduction of an independent regulator underpinned by statutory powers. Subsequent changes in Conservative Party leadership have delayed the process, chiefly a White Paper now expected by the end of the year.

Miles stressed the importance of that independent regulator – something he believes is integral to ensuring best practices are both implemented and universally enforced across the football pyramid.

He believes simply relying on the sometimes changing whims and leadership of individual clubs, with what he has found to be wildly varying levels of buy-in, would be inadequate.

“We have seen the full range there as we monitor what is going on at the various different clubs,” Miles said. “We’ve seen some of the best practice and also some of the worst practice, absence of any practice.”

He added: “Despite the best efforts of the executive staff at the various different leagues, as long as it’s the clubs who are making those decisions for themselves about what rules they want to be subjected to, then you are not going to get the lifting of the standards everywhere.”