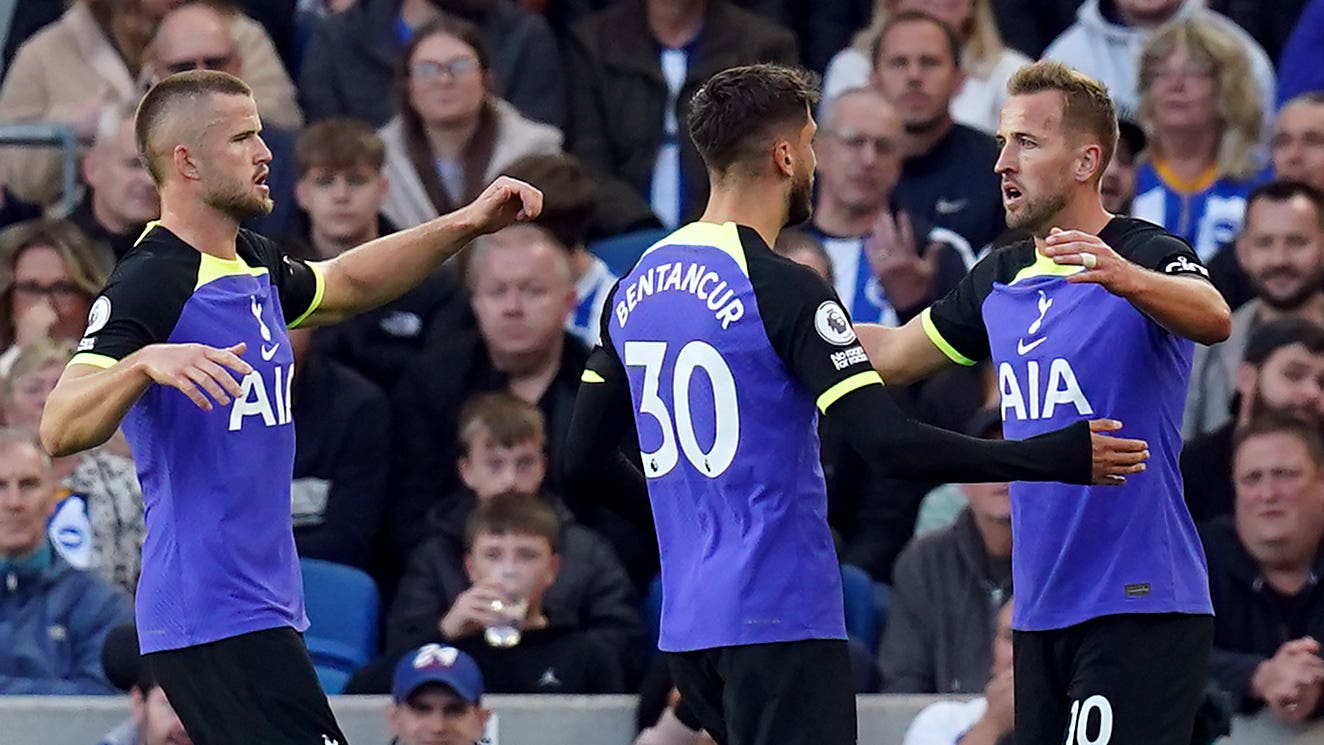 Spurs suffered a derby defeat at rivals Arsenal last Saturday but worse news was to follow on Thursday when it was announced that club fitness coach Gian Piero Ventrone had died at the age of 61.

It left everyone at Tottenham stunned, especially Antonio Conte who had known the highly-respected Italian for almost three decades but his players honoured Ventrone in the best possible way by ensuring they got back to winning ways in the Premier League.

While it spoiled Roberto De Zerbi’s home debut, the new Seagulls boss would have been encouraged by a fine display from his side, who have dropped to sixth in the table.

This was De Zerbi’s first match at the Amex Stadium but another Italian took centre stage ahead of kick-off with a minute’s applause taking place for Ventrone.

The recent death of Spurs’ fitness coach had occurred during an already tough week where defeat at Arsenal was followed by a stalemate against Frankfurt.

Conte ripped up his playbook as a result and switched to a 3-5-2 formation with Matt Doherty and Yves Bissouma handed rare starts.

It immediately paid dividends with Son Heung-min testing Robert Sanchez early on and Doherty firing over from a Ryan Sessegnon cross in the 11th-minute.

Rodrigo Bentancur was the next to go close with a firm effort that was tipped wide by the Brighton goalkeeper with 21 minutes on the clock and, from the resulting corner, the deadlock was broken.

Son’s first delivery was cleared but Pierre-Emile Hojbjerg gave the ball back to the South Korea international, who cut inside Leonardo Trossard and picked out Kane to head home.

It was an intelligent header by Kane, who stooped low to flick in for his eighth goal of the season and pointed to the sky in memory of Ventrone.

Brighton responded well to the 22nd-minute opener with Moises Caicedo stinging the palms of Hugo Lloris before Lewis Dunk headed over from six yards from a third corner in quick succession.

It buoyed the hosts – who had held Liverpool at Anfield in De Zerbi’s debut – and they arguably should have levelled prior to half-time with Solly March sending a 20-yarder wide and Danny Welbeck unable to beat Lloris from inside the area.

After a quiet start to the second period, the contest become end-to-end with Cristian Romero blocking a shot from Adam Webster and Dunk having to make a perfectly-timed last-ditch tackle to prevent Son from racing through.

Kane spun Dunk minutes later but dragged wide from 14-yards to leave the clash finely poised and it was the Brighton boss who made the first change with Kaoru Mitoma introduced with 24 minutes left.

Mitoma almost made an instant impact with a superb jinking run taking him beyond Romero and Eric Dier but Lloris was out quick to dive at the feet of the Japan attacker.

Son created a chance for Kane minutes later but the forward headed wide and by this point Richarlison had been introduced for the visitors.

The offside flag denied Son a fine curled effort with his left foot after 74 minutes and – back down the other end – Welbeck arrowed a shot wide before Doherty’s last-ditch interception thwarted Trossard to ensure Spurs held on.