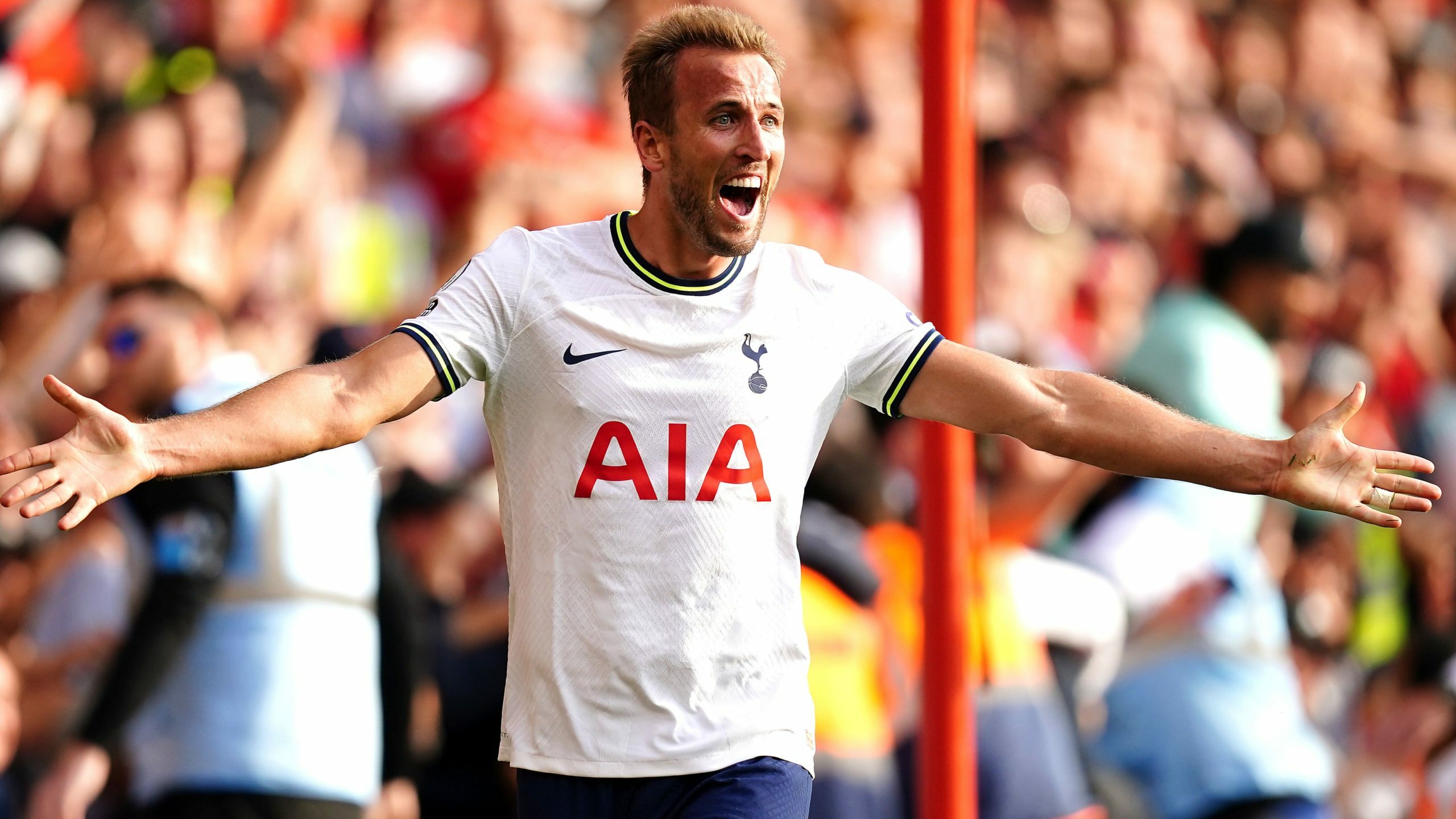 Harry Kane moved joint third in the Premier League’s all-time highest goalscorers list with a brace for Tottenham at Nottingham Forest on Sunday.

Kane joined Andy Cole on the 187 mark and now trails only Wayne Rooney and the competition’s record scorer Alan Shearer.

Here, the PA news agency looks at how the top five shape up.

The only player to score 100 Premier League goals for two separate clubs, Shearer also won the Golden Boot three years in succession from 1994-95, when he helped fire Rovers to the title, to his debut Magpies season in 1996-97. He had three 30-goal seasons, the only man to break that barrier more than once, and passed 20 on four more occasions.

After bursting onto the scene as a teenager with Everton, Rooney scored the bulk of his goals with Manchester United as he chased down Sir Bobby Charlton’s scoring records for the club and for England. Rooney’s goals came in 491 appearances across 17 seasons and he added 103 assists.

Kane edged nearer to two of his England captain predecessors with two goals for Tottenham at Nottingham Forest on Sunday. A three-time Golden Boot winner with five 20-goal seasons under his belt, including 30 goals in 2017-18, he has scored his goals in 286 games while Shearer, Rooney and Cole played over 400. Next on the agenda may be Rooney’s record of 53 England goals.

The most well-travelled member of the top five, Cole made his name with Newcastle and scored the bulk of his goals there and at Manchester United, where he forged a memorable partnership with Dwight Yorke. He won the Golden Boot with the Magpies in 1993-94, his 34 goals that season soon matched by Shearer but never bettered.

The former Manchester City striker held the record for Premier League goals for a single club until passed by Kane earlier this season and remains the league’s record overseas goalscorer. The Argentinian passed 20 goals in a season six times and scored a record 12 hat-tricks, including five goals in a 6-1 win over Newcastle in 2015 – another record shared with Shearer, Cole, Jermain Defoe and Dimitar Berbatov – while his most memorable goal came against QPR to clinch City’s first Premier League title.