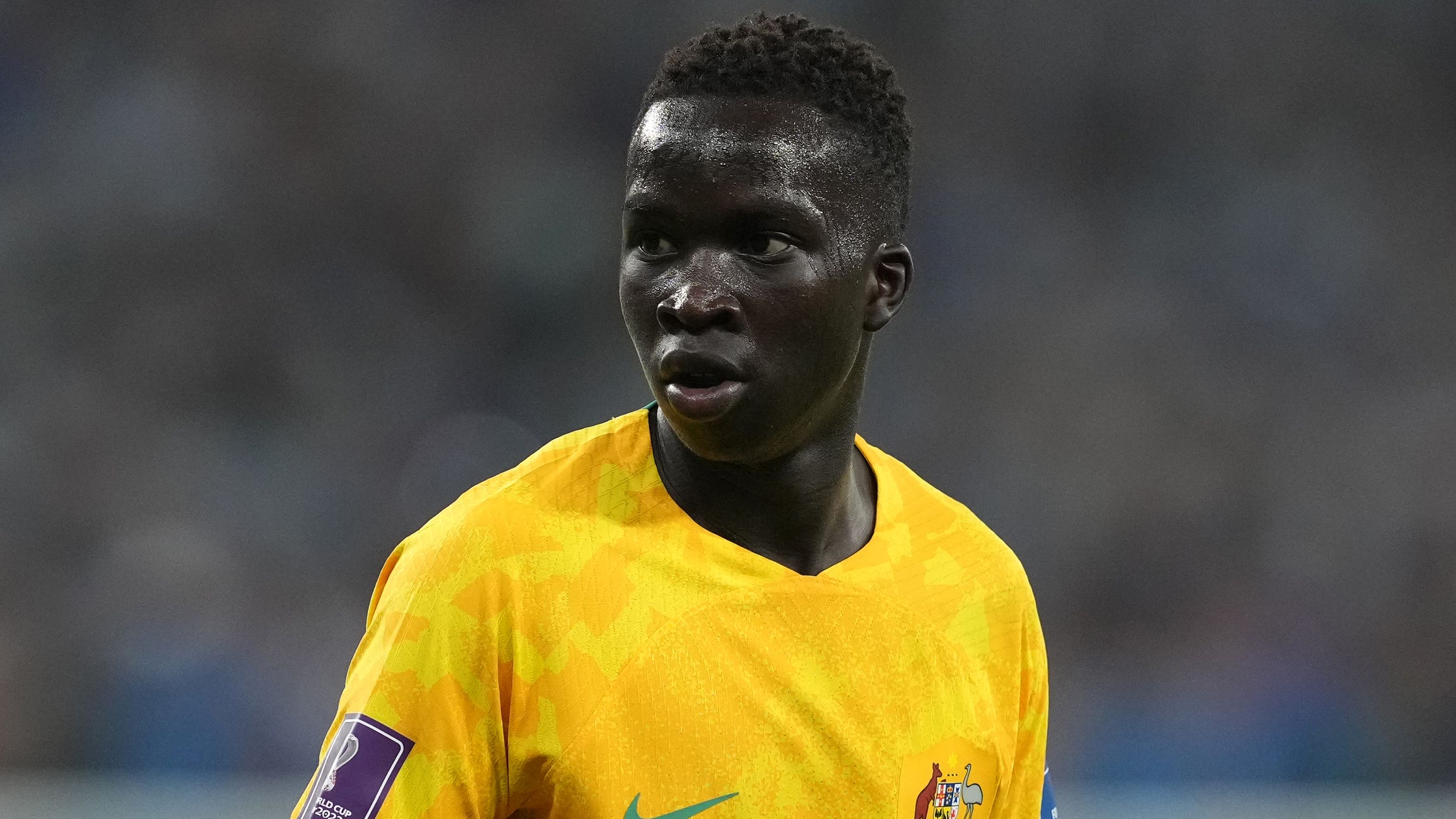 Hearts have signed a player who was “courted by some of the biggest clubs” in Europe after securing teenage Newcastle forward Garang Kuol on loan until the end of the season.

The Magpies beat off stiff competition in September to agree a deal to sign the 18-year-old from Central Coast Mariners before he went on to play for Australia at the recent World Cup.

Kuol made his move to Newcastle this month and the English Premier League club have immediately allowed him to go out on loan to get game time before introducing him to their first team.

Hearts, who already had three Australia internationals on their books in the shape of Kye Rowles, Cammy Devlin and Nathaniel Atkinson, are delighted to have captured the Socceroo.

Sporting director Joe Savage told the club’s website: “We’re thrilled to be able to get this deal done and welcome Garang to Gorgie.

“His talents were courted by some of the biggest clubs in the continent when he was playing in Australia and he went on to play in the World Cup finals, so to be able to bring such an exciting prospect to Hearts speaks volumes about the appeal of our club.

“I have to extend a big thank you to Kwaku Mensah and Newcastle United’s Shola Ameobi and Dan Ashworth for placing their trust in us and helping to bring Garang here.

“We’re all really looking forward to Garang pulling on the maroon jersey and I know our fans will be excited by him too.”

Hearts, who host St Mirren on Friday, will be able to give Kuol his debut once they receive international clearance.

“It’s no secret that we were extremely interested in him and he came up for a look around last week,” said manager Robbie Neilson.

“He was impressed with what he saw and what we’re trying to do here, which is pleasing.

“We’re getting a player who is by no means the finished article but there is a lot of talent there – you don’t get called up to and play in the World Cup for nothing.

“He’ll offer us new options going forward as we look to continue our good form and continue to make progress in the league and in the Scottish Cup, and we’re really looking forward to working with him.”

Kuol is the third player to join Hearts this month following the arrivals of English defender James Hill and Japanese forward Yutaro Oda.