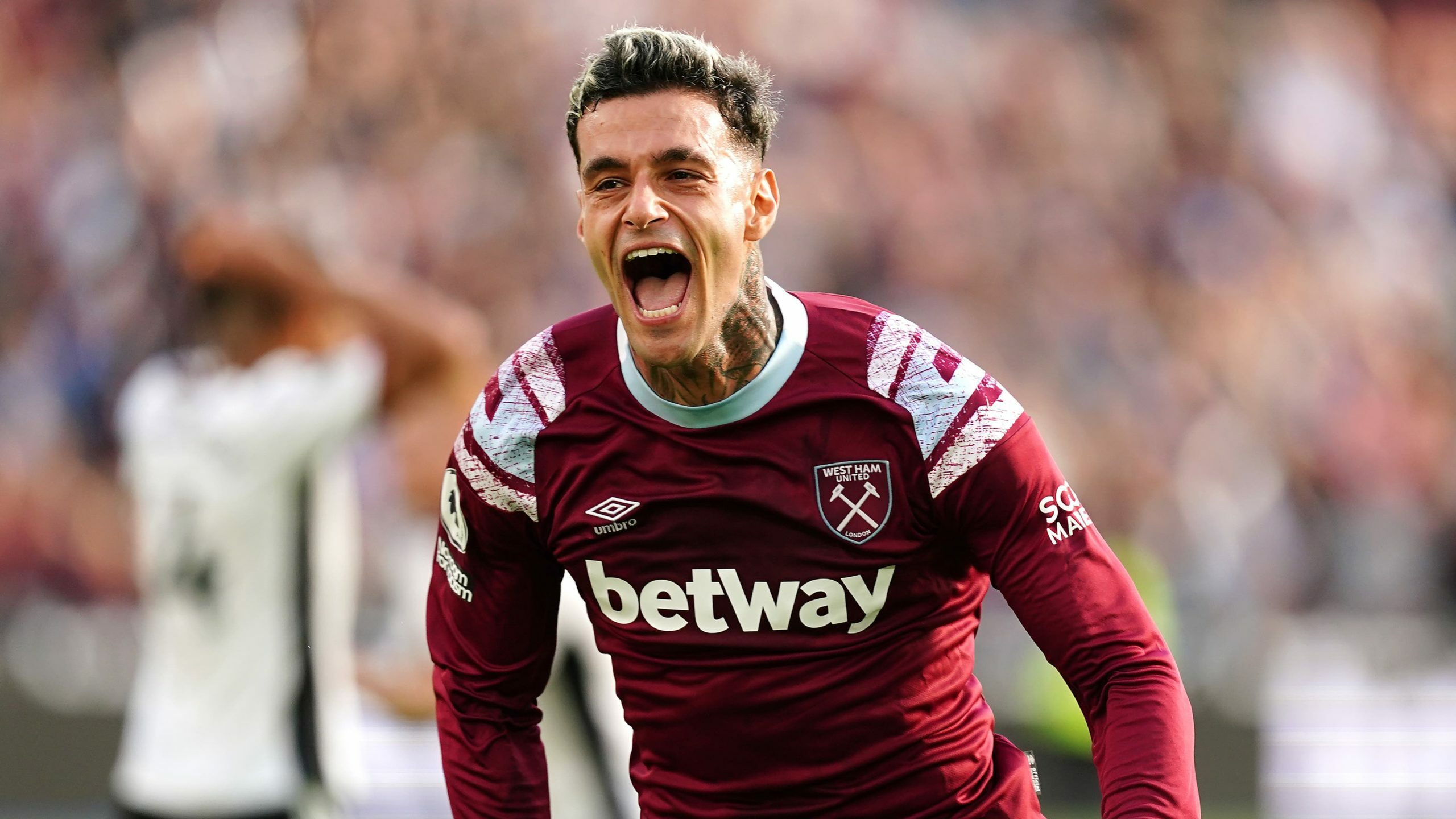 Declan Rice is excited by the promise of West Ham striker Gianluca Scamacca, saying “he’s going to be unbelievable”.

The 23-year-old Italy international joined the Hammers this summer from Sassuolo and has made an immediate impact, scoring six goals from 15 appearances in all competitions so far.

England midfielder Rice believes Scamacca offers the club something they have been missing, telling talkSPORT: “I can tell you now, he’s going to be unbelievable. He‘s going to be really, really special.

“He’s so exciting, the way he plays. We just need to keep playing to his strengths but he’s one we can be excited about for sure. For me, when I look at him I think, ‘Wow, he’s a player that’s got something’.”

West Ham will be looking to get back to winning ways against Bournemouth on Monday after seeing a five-match unbeaten run ended by a narrow 1-0 loss against Liverpool on Wednesday.

“I think we were impressive in midweek,” he said at his pre-match press conference. “I think we’re back to our levels and we’re close to showing exactly what we can do.

“Of course, you’re always looking for things to be better, and our finishing could probably be better, but we’ll be looking to get a positive result on Monday.”

Maxwel Cornet and Craig Dawson have an outside chance of featuring, leaving Lucas Paqueta and Nayef Aguerd as the only definite absentees.

Aguerd was a big summer signing from Rennes but he suffered an ankle injury that required surgery in a pre-season friendly against Rangers and is yet to make his competitive debut.

That moment is approaching, though, with Moyes revealing he is hoping to field the Morocco defender in the Europa Conference League, either against Silkeborg on Thursday or FCSB the following week.

“I think playing in the Premier League between now and the World Cup may be more difficult,” Moyes told football.london.

“If I can get him fit for any part of Silkeborg, or any part of (FCSB), that would be great. It might just come a bit quick, the first one certainly, but I’m hoping that maybe these two games are a possibility.”