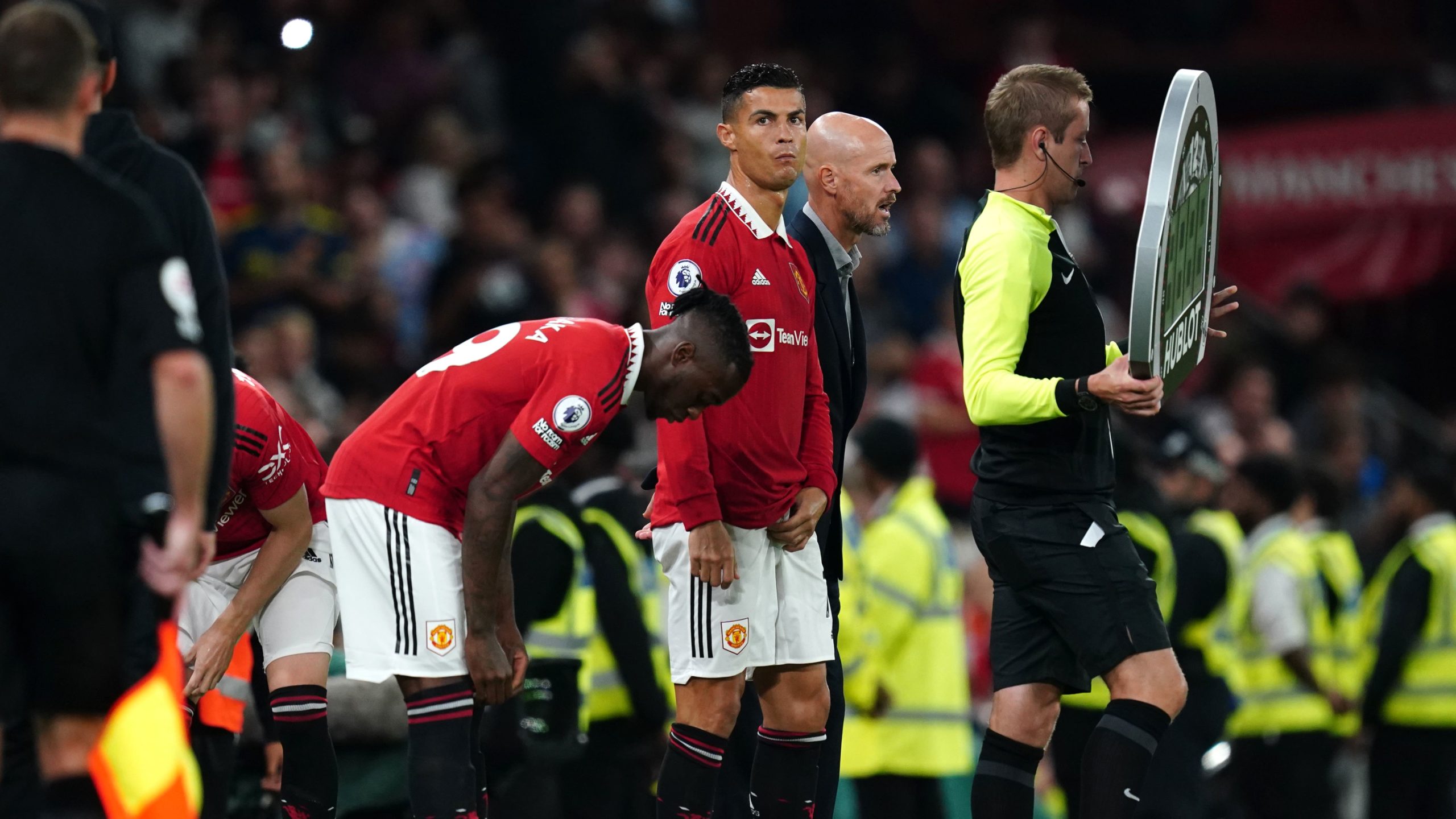 By Press AssociationAugust 23, 2022No Comments

Premier League teams continue to take advantage of the new rule allowing up to five substitutes per match, after the first three rounds of fixtures this season.

Manchester United, Brentford and Crystal Palace have used 14 of the 15 substitutions available to them so far, while every team bar Leicester and Nottingham Forest have made at least four changes in at least one game.

Here, the PA news agency looks at how teams have used their resources so far.

United made their full five changes in each of their first two games and though Erik Ten Hag settled for four – Anthony Martial at half-time then Cristiano Ronaldo, Aaron Wan-Bissaka and Donny van De Beek late on – in the overdue win over Liverpool, he still jointly leads all Premier League managers thus far.

Brentford and Crystal Palace have likewise used all-but-one of the substitutes available to them, with Chelsea and Leeds also using at least four in every game. That was also true of Liverpool until Jurgen Klopp dipped just three times into an inexperienced bench as injuries bit against United.

Manchester City used their full five substitutes in comfortable wins over West Ham and Bournemouth but curiously just one, the injury-enforced introduction of Ruben Dias for Nathan Ake, while battling from 3-1 down in Sunday’s thrilling draw at Newcastle.

Leicester’s lack of an outfield signing this summer, coupled with the uncertain futures of Wesley Fofana and Youri Tielemans, have left Brendon Rodgers short on numbers in the early stages of the season.

Tielemans was among three substitutes used against Southampton at the weekend, while Patson Daka has been summoned in all three games so far, but the Foxes’ average of 2.3 changes per game is the lowest in the league.

Three other teams have averaged three changes per game – surprisingly including Forest, who have made exactly three in each game despite their summer spending spree.

Taiwo Awoniyi, Orel Mangala, Morgan Gibbs-White and Cheikhou Kouyate have all been handed debuts from the bench, though five fellow newcomers have started all three games. With the likes of Emmanuel Dennis, Remo Freuler and Omar Richards still waiting in the wings, increased bench activity is surely to be expected.

Everton and Wolves also average just three changes per game, though Everton made four against Aston Villa – albeit with three of them deep in injury time – and Bruno Lage used all his options as Wolves chased the game against Tottenham.

Well over a third of substitutions so far this season have come after the 80-minute mark in games, including almost nine per cent in the 90th minute and injury time.

That includes seven of Fulham’s 10 changes – four of those coming in stoppage time – and eight of Leeds’ 13, while Arsenal, Newcastle and Tottenham have also made at least half their changes in those late stages. Liverpool’s 85th-minute introduction of Kostas Tsimikas at Old Trafford left only Leicester unrepresented in that time frame.

Barely 16 per cent of changes have come before the hour mark, though that includes six of Manchester United’s 14 and four of Everton’s nine. The Toffees are unique in making two first-half changes, after injuries to Ben Godfrey against Chelsea and Abdoulaye Doucoure against Aston Villa.