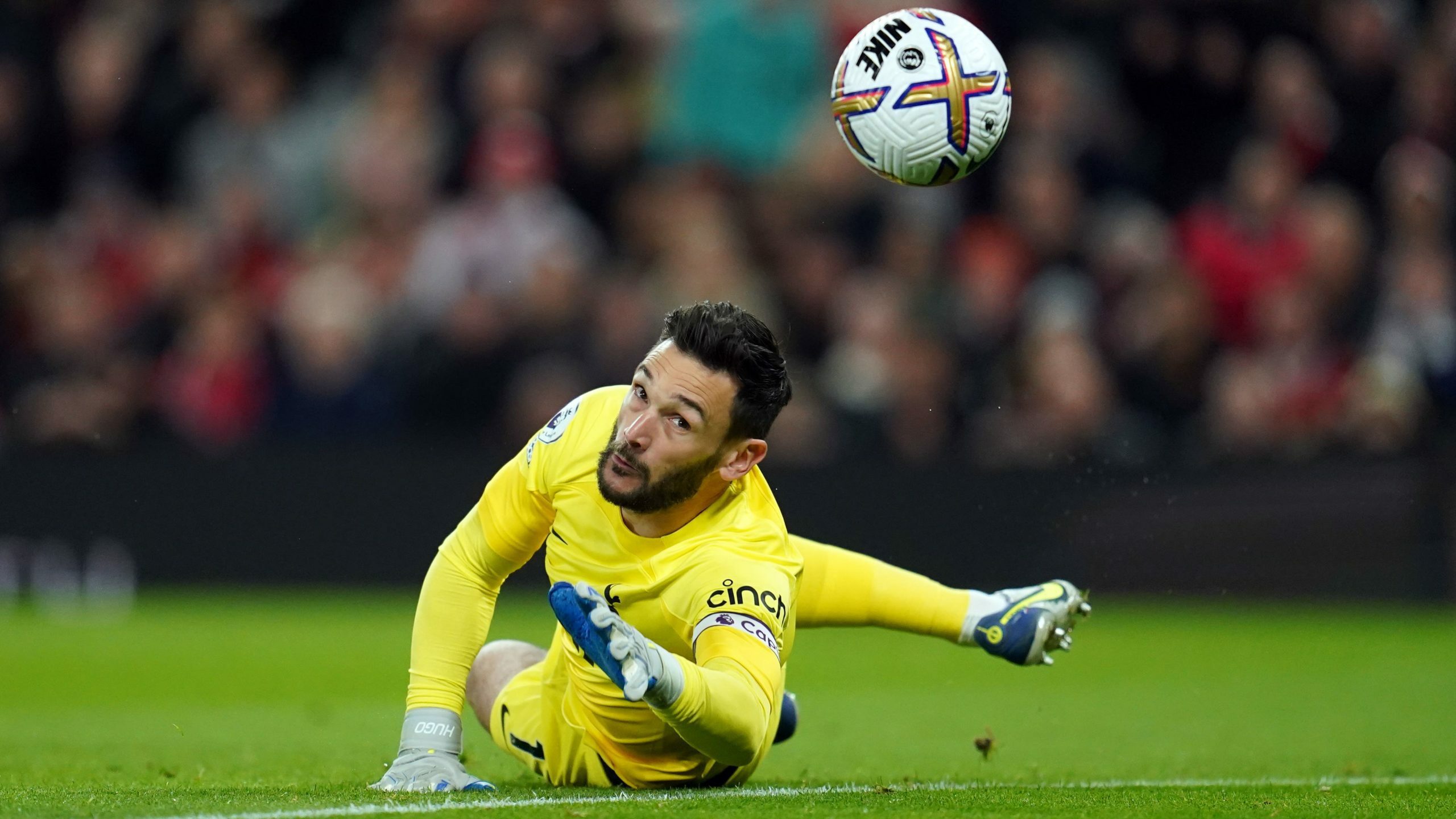 Tottenham captain Hugo Lloris says not too much should be read into his side’s inability to win games at their top six rivals this season.

Wednesday night’s 2-0 defeat at Manchester United, which would have been far worse had it not been for Lloris’ heroics, followed a humiliating 3-1 loss at Arsenal earlier this month and a 2-2 draw at Chelsea, where Spurs needed an injury-time equaliser from Harry Kane to steal a point.

Those results follow an early pattern this season that has yet to see any of the big six club win games at another big six stadium.

Lloris, who was eventually beaten by a deflected Fred effort and a sumptuous Bruno Fernandes strike in the second half at Old Trafford, said: “It’s not everything dark and everything bright, it was in between. I believe that the best team today won, that’s the only thing I can say.

“It’s too early to analyse because – I know you’re going to say after Chelsea, Arsenal and now Manchester United – we have to see also when they come to our stadium how it will be. But yes it’s frustrating to lose a tough game.

“I would like to say Arsenal game is on the side because we were all agreed that we missed that game, we were too passive for different reasons.

“Today was not the case, against Chelsea was not the case. You can mention something it’s like we struggle a bit in the final third, to bring the ball into the box, to make the last pass, to create big chances during that type of game.

“We also miss important players that can affect the game, players like (Dejan) Kulusevski, Richarlison. They are offensive players and in that type of game they can create difficulty to the opponent.

“I think we are capable to play better and you have to also give credit to Manchester United’s performance as today they were the best team.

“We need to analyse the game and continue the process. It’s still a long way and then we have to make sure we get the three points against Newcastle. We have to bounce back straight after a defeat like this.”

It was another step in the right direction for United as they followed up impressive victories over Liverpool and Arsenal, even if the win was overshadowed by Cristiano Ronalso petulantly walking down the tunnel before the end of the game when it became clear he would not be coming on.

Ronaldo may have been sulking, but there was nothing to take the joy away from defender Lisandro Martinez, who marshalled Harry Kane and Son Heung-min with ease.

He was rewarded with fans in the Stretford End singing for him and it brought him close to tears.

The former Ajax defender told the club’s official website: “To be honest, it’s very emotional for me.

“I’m at one of the best clubs in the world. This stadium, the atmosphere is amazing. When I heard the fans singing, I wanted to cry.

“This result is for my grandmother and my grandfather, who are not with me now, but I always feel that love with me.”