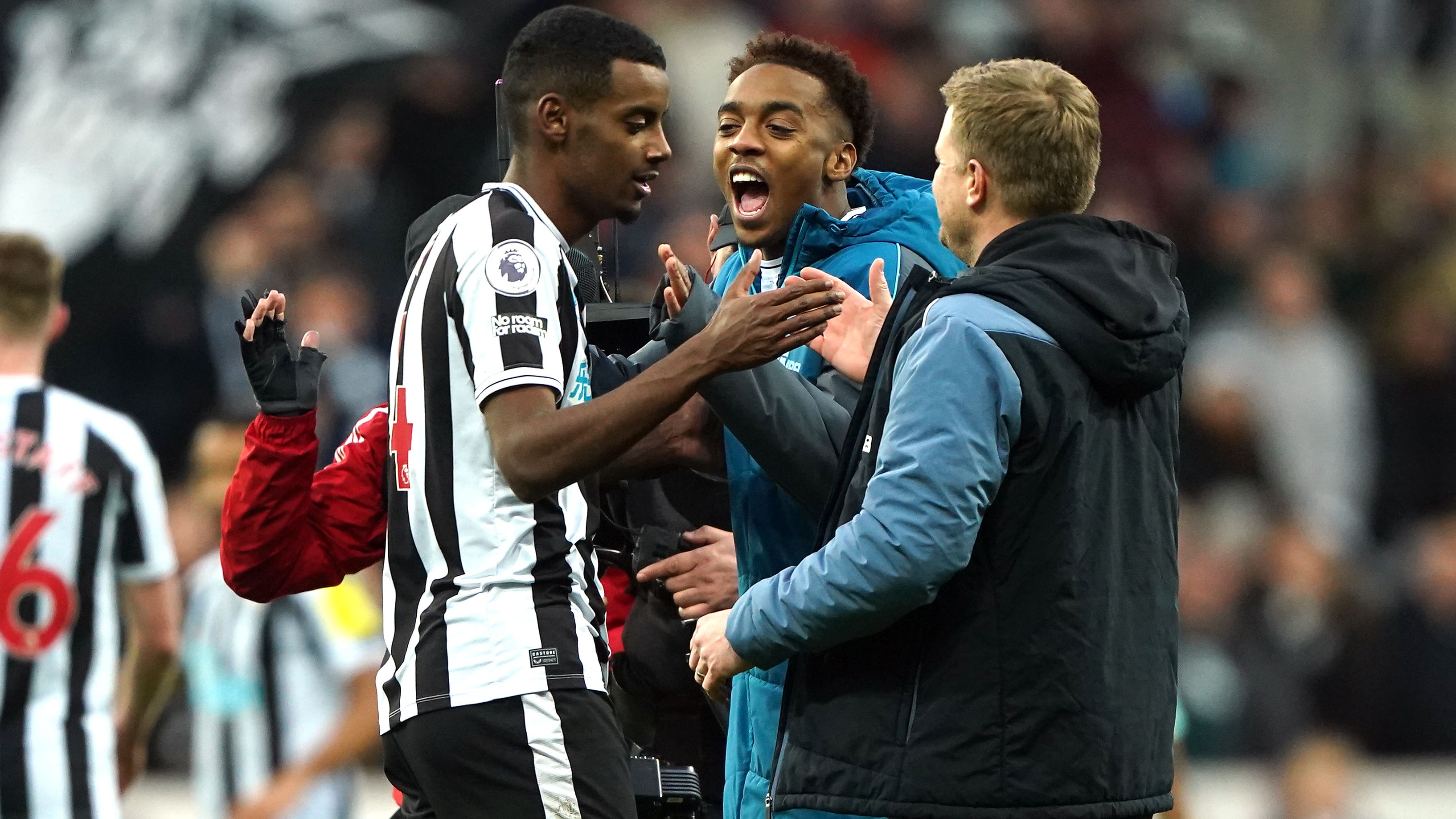 By By Damian Spellman PAJanuary 16, 2023No Comments

Record signing Alexander Isak was happy to be in the right place at the right time to keep Newcastle’s bid for a top-four Premier League finish on track.

The £60million striker came off the bench to head the Magpies to a 1-0 victory over in-form Fulham on Sunday and send them back above Manchester United into third place in the table.

It was the 23-year-old Sweden international’s third goal in four league appearances either side of a four-month injury lay-off, and it could hardly have been better timed with just a minute of normal time remaining.

He said: “It felt great and it was always special coming on and scoring a late winner. I could not miss that one.”

Isak’s winner was reward for the Magpies’ persistence on an eventful afternoon at St James’ Park.

The home side were dealt a potentially seriously blow when key midfielder Bruno Guimaraes limped off at half-time having failed to run off an ankle injury which head coach Eddie Howe later revealed was a concern.

However, the drama did not end there as Newcastle continued to create but not take chances and were almost made to pay.

Referee Robert Jones, much to Fulham boss Marco Silva’s consternation, did not point to the penalty spot for Dan Burn’s tug on Andreas Pereira or when Bobby Decordova-Reid went down under Kieran Trippier’s challenge seconds later, but a VAR review on the second incident handed former Magpie Aleksandar Mitrovic the chance to put the visitors ahead.

The Serbia international beat keeper Nick Pope from 12 yards, but only after his right-footed penalty had looped up off his left boot and was duly disallowed, meaning Isak’s point-blank header from Callum Wilson’s cross was enough to secure the points.

The Swede said: “I just sensed that the ball was going to go in at some point because we had some pressure on them. We knew eventually the ball would bounce right and I was there at the right time.”

Silva, who saw his side lose the reverse fixture 4-1 in October after Nathaniel Chalobah’s eighth-minute dismissal, was aggrieved that Burn has not suffered a similar fate, a decision he felt would have changed the game.

He said: “We can win, we can lose in the same way, but the game would be completely different if you play the game with 10 players.

“I think you all agree with me, 10 will be completely different from that moment.”