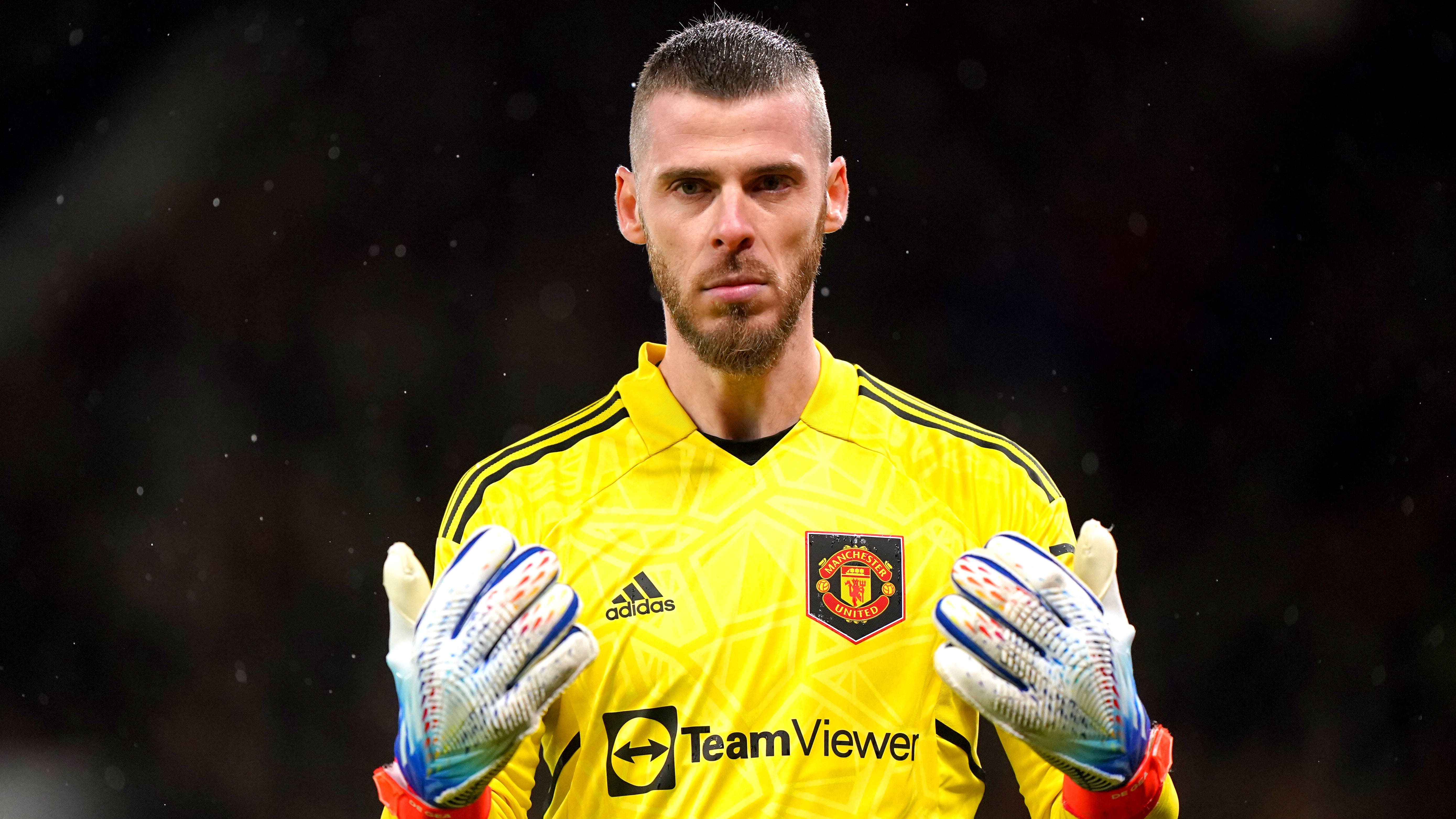 By By Ian Parker PAJanuary 4, 2023No Comments

David De Gea has expressed his wish to stay at Manchester United for the rest of his career as talks over a new contract continue.

The 32-year-old’s current deal runs out at the end of the season, with United holding the option of a one-year extension, but there have been talks over a longer-term contract.

“I’m very relaxed,” De Gea said when asked about his contract situation. “I just focus on training, perform as best as I can. But, for sure, it’s going to end in a good way.

“I hope (to stay for the rest of my career). I was saying this is my club, I’ve been here many, many years and it’s a huge honour to be here and I’m so happy here.”

United are currently looking to bring in extra competition for De Gea after Martin Dubravka returned to Newcastle and have been linked with a move for Crystal Palace’s Jack Butland.

De Gea showed his importance to United again in Tuesday night’s win over Bournemouth as he made key saves from Philip Billing and Jaidon Anthony to keep the score at 2-0 before Marcus Rashford got United’s third to seal the win.

Another clean sheet means United have not conceded at home in the league since their 3-1 win over Arsenal in September – a record which will next be tested by Erling Haaland, Kevin De Bruyne et al when Manchester City visit on January 14 following FA Cup and Carabao Cup fixtures.

“That’s how it should be to come here – it should be a tough place for the teams, let’s see in the future,” De Gea said.

“We are playing really well, we have to keep the momentum as much as we can and prepare every game as a final and recover well. We have to recover really well because we play a lot of games (this month).”

That defensive record has been key to United’s surge up the table since they began the season with back-to-back defeats.

United stayed in fourth on Tuesday after Newcastle’s draw at Arsenal, but are level on points with the Magpies and only one behind City ahead of their trip to Chelsea on Thursday.

With 13 wins from the last 16 in all competitions, their form is a match for anyone – a testament to the impact Ten Hag has had this season.

“He’s doing well,” De Gea said. “He puts every player in the same direction and we feel like a proper team. Everyone wants to win, everyone wants to play for this club and that’s massive.

“He brought a great spirit to the team, we are playing really well and this is the way we have to show and keep the momentum as well.”

And De Gea also revealed Ten Hag’s exacting standards when asked about the manager’s verdict on what proved to be a comfortable victory.