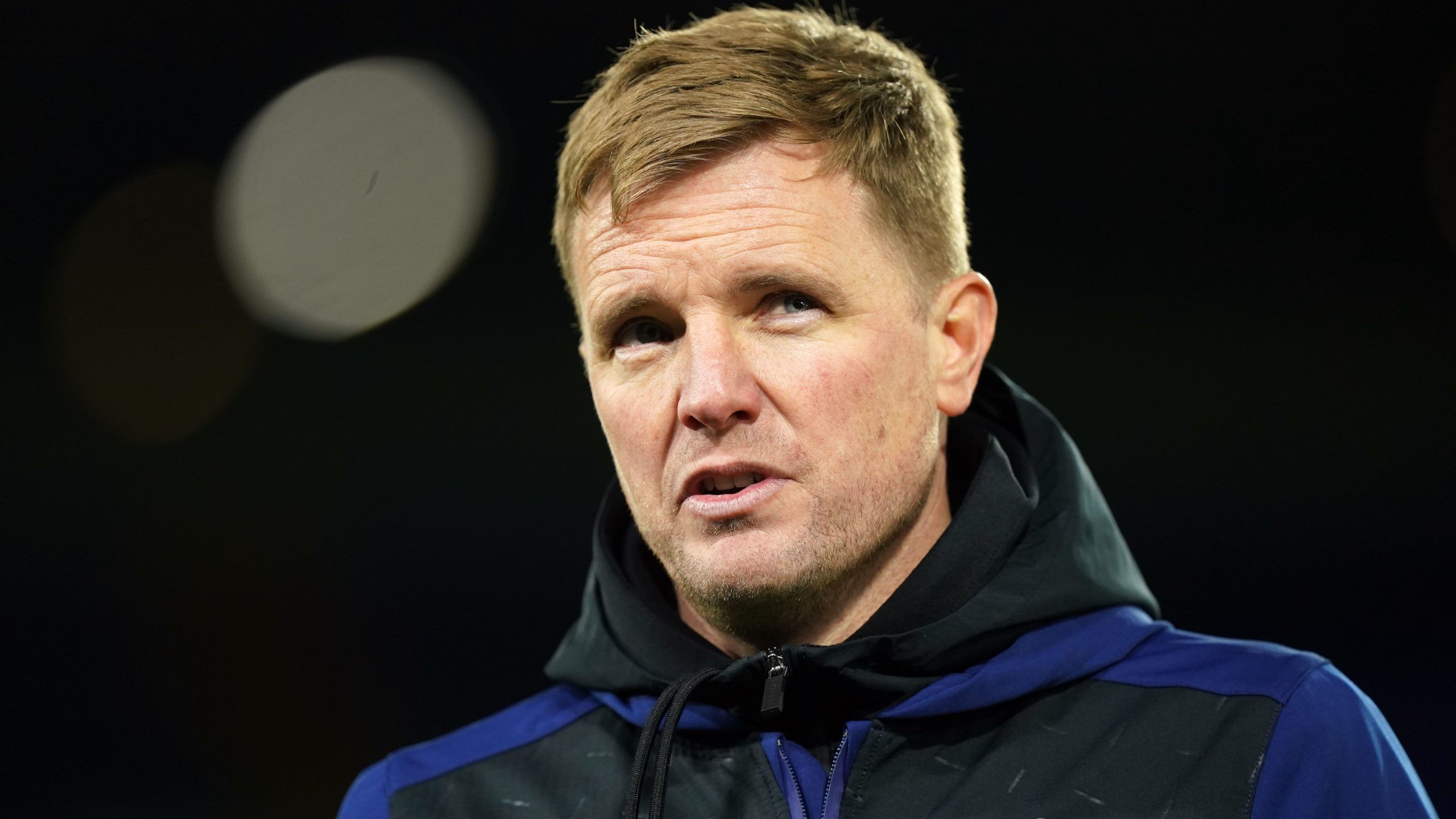 By By Damian Spellman PASeptember 30, 2022No Comments

Newcastle head coach Eddie Howe is not yet ready to step into Gareth Southgate’s shoes should he lose his job as England manager.

Southgate is without a win in six competitive games after a disappointing Nations League campaign which saw his side condemned to relegation.

Howe was swiftly installed as the bookmakers’ favourite to replace the England boss should this winter’s World Cup go badly for him and is currently vying with new Chelsea head coach Graham Potter at the top of the odds list.

However, asked about the speculation at his pre-match press conference on Friday, the 44-year-old said: “Gareth has done an incredible job, and I mean that from the bottom of my heart.

“I have been lucky enough to go in and see him work and I have a lot of time for him and Steve Holland. They have been amazing for England. You have to remember where England were before he took over and what he has done for the country.

“I never say never, never say no it won’t be something I am interested in. But in the short term, it is not on my radar at all. It is all Newcastle and trying to make this team better.

“I have always said I love the day to day coaching, love being with the players on the training ground, international football you get that taken away for long periods. At this moment in my life, that is not something I want to do.”

In the meantime, Howe will concentrate on the task of ending the Magpies’ disappointing run of form – they have not won in the Premier League since the opening day of the campaign despite investing heavily in new talent in the summer – when they head for Fulham on Saturday.

He will do so hoping to have Bruno Guimaraes, Allan Saint-Maximin and Callum Wilson back in the squad after injury, but with Chris Wood and Alexander Isak unlikely to join them.

Howe will also have England internationals Kieran Trippier and Nick Pope at his disposal with both having hit the headlines for different reasons this week.

Southgate’s ringing endorsement of January signing Trippier amid comparisons with Liverpool right-back Trent Alexander Arnold raised eyebrows in certain quarters but not with his club boss.

Howe said: “He’s just an excellent professional to have around the group, his leadership skills, he’s a role model for the younger players, the way he trains and applies himself every day, and I’m sure Gareth sees that when he’s with England.

“He’s a really positive personality and I’m sure Gareth will lean on him in that respect in terms of using his experience to help the group.”

Pope returned to his club after England’s 3-3 draw with Germany amid scrutiny in his part over the late equaliser which cost his side victory, but with Howe firmly in his corner.

Howe said: “I have spoken with Nick. He’s in a good place. He is aware of how special those games are for him and his career. Where he has come from, to experience those moments is brilliant.”

Meanwhile, the Magpies have reached an agreement over a deal to sign 18-year-old Australian Garang Kuol.

The Egypt-born striker, who made his senior international debut against New Zealand last week, will join the club from A-League side Central Coast Mariners in January.