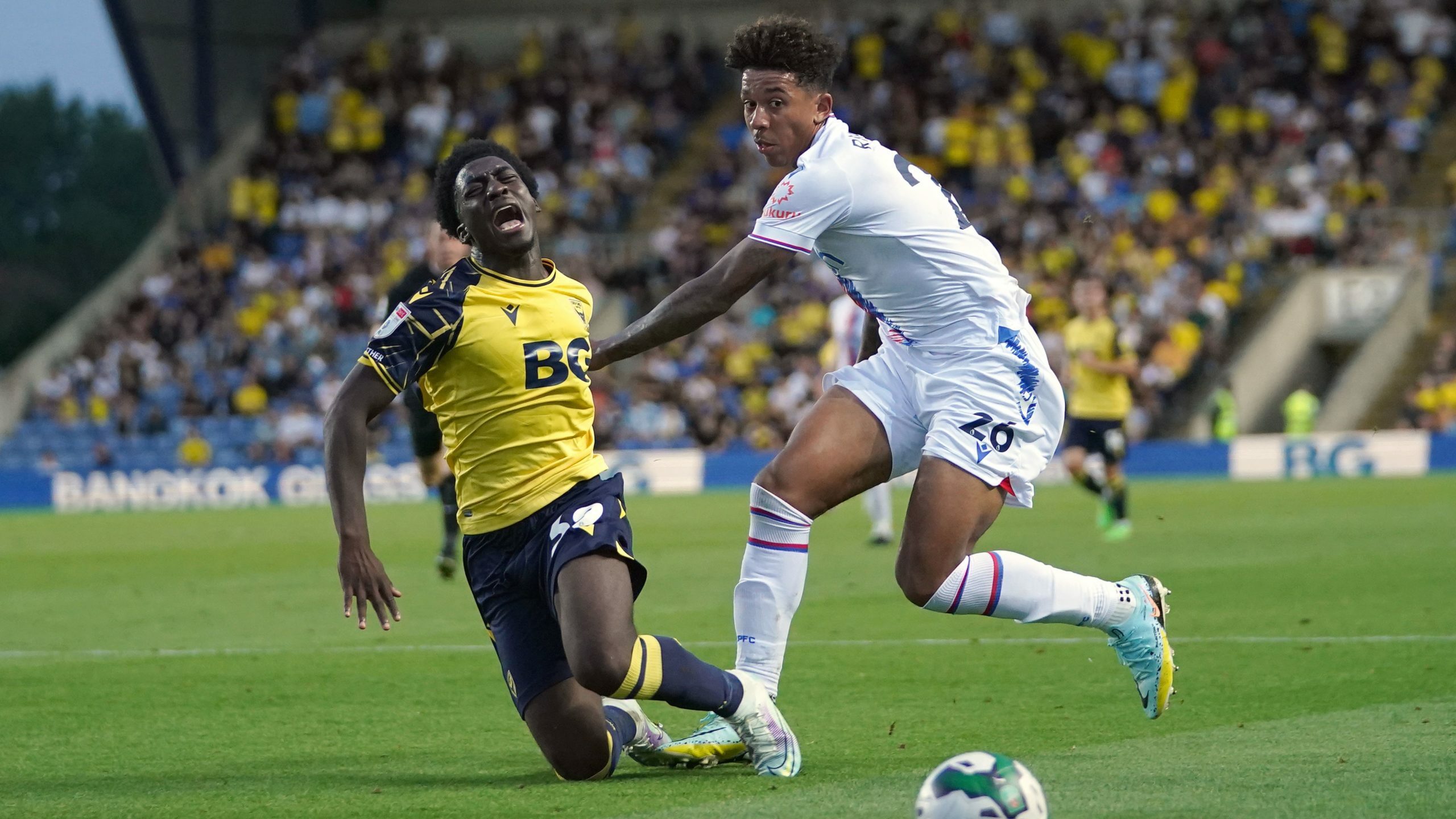 By By Jim van Wijk PAOctober 4, 2022No Comments

Crystal Palace defender Chris Richards accepts he will always be an easy target for online abuse – but maintains no matter how the trolls may try to degrade you, they will never define who you are.

The 22-year-old American joined the Eagles from Bayern Munich during the summer, and has made three Premier League appearances so far this season.

In an interview with the Palace club website as part of the No Room For Racism campaign, Richards reflected on the continued vile abuse which comes through on social media and also impacts directly on his family.

“I just try to tell (myself) that these messages I receive: it’s not a problem I have with these people, it’s a problem that they have with me,” Richards said.

“I try to think of it as: ‘I go about my day, I’m fine just doing my own thing’. It’s a problem they have in their day, in their mind all day long.

“I can receive those messages and not think twice about it – but it’s harder for my family and friends to see those things, because they want to protect me. When they see stuff about me it connects to them as well.”

Richards accepts he will always be open for attack from racist trolls.

“You’re not always going to be on your best game, and so sometimes after tough games you receive messages,” he said.

“I think definitely being a player of colour, you kind of expect to receive more messages based on your skin colour than your performance.

“(Replying) makes that person feel more powerful – they know that those words have got to you. I try my best not to lash out, but it’s a little bit harder with my family.

“I’ve had that talk with them, that after games they shouldn’t listen to what people say.”

Richards added: “People try to degrade you, but they don’t know you. Don’t let their words define you. You very much have your own mojo, your own personality to you.

“Don’t let a few words ruin something that very much isn’t something to worry about.”

Born in Birmingham, Alabama, Richards recalled the difficulties he faced growing up as he worked towards being a professional footballer, eventually joining Major League Soccer club FC Dallas.

“Alabama in general is a very traditional state. It was the active centre for the civil rights movement, so people still have a certain way of thinking back home,” the American said.

“I come from a biracial family: my mum is white and my dad is black. Growing up it was a little hard at some points. There were certain parts of Birmingham where you don’t necessarily feel accepted.

“People around me in Hoover always made me feel welcome, but sometimes when we would play teams from out of state or from other regions in the south, it is still very traditional ways of thinking so you would expect a little bit more (racist abuse).”

Richards signed for Bayern following a successful trial during 2018 and also had a loan spell at Hoffenheim ahead of his switch to Selhurst Park.

The defender believes Palace – with Patrick Vieira the only black manager in the Premier League and a diverse dressing room – provide a welcome united front in the continuing battle for equality.

“It is something I never grew up with. In Hoover I was pretty much the only black kid that was playing soccer,” Richards said.

“So once I came to Europe you see a lot more, then especially a team like Palace – I feel like we represent London best.

“We have different ethnicities, different people from different places and so I think it’s really refreshing to see.

“It makes me feel more connected with the people around me, because I know that I’m not alone when I’m receiving those messages. These people have my back.”