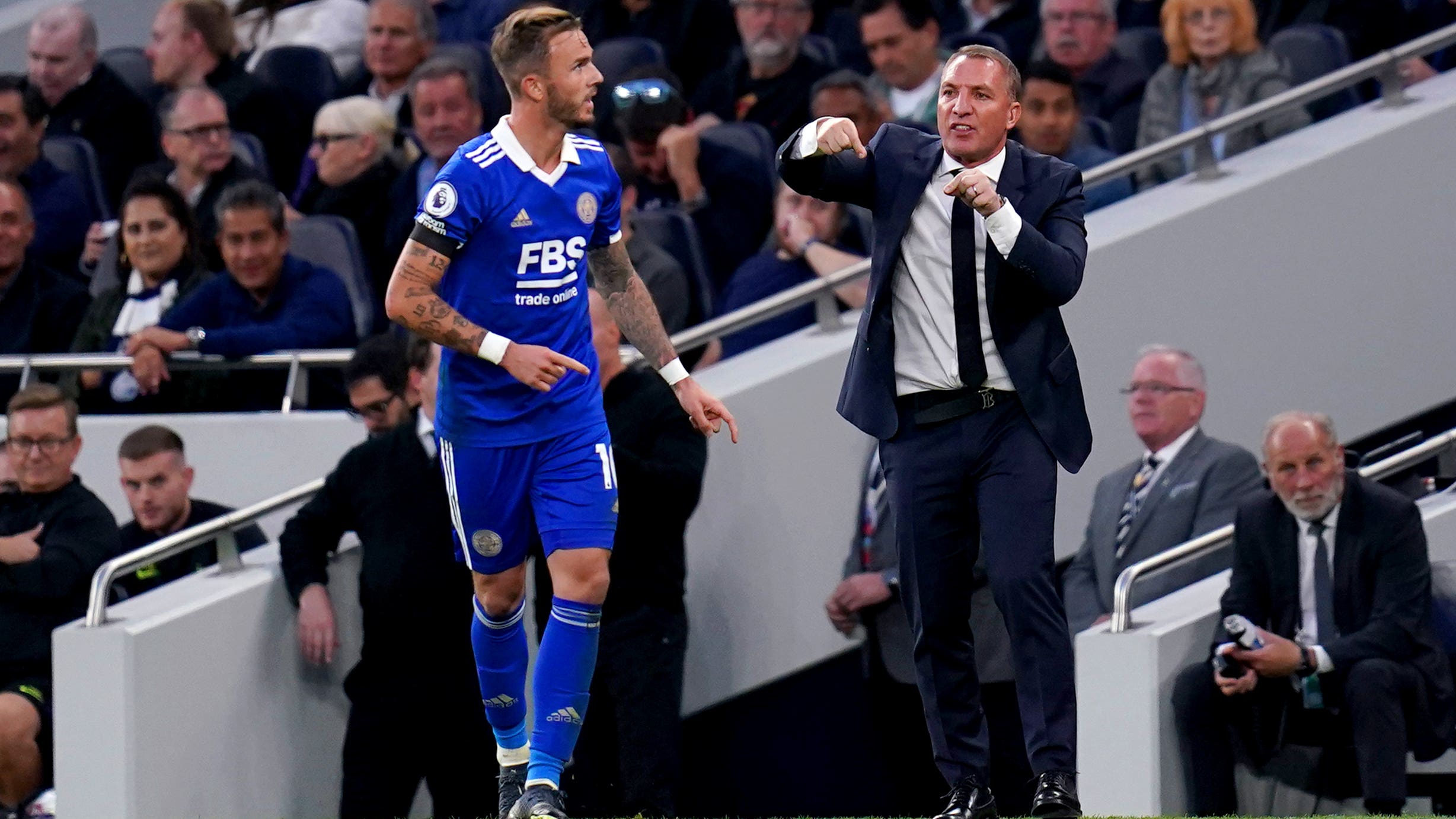 Leicester boss Brendan Rodgers does not know what more James Maddison can do to force his way into England’s World Cup squad.

The 25-year-old has won just one cap for the Three Lions and has not been called up by Gareth Southgate since 2019.

Based on that, his chances of making the squad for the Qatar tournament that begins in six weeks look fleeting, but his form for the struggling Foxes this season is making people sit up and take notice.

Maddison has scored five goals and made two more in just seven games and put in an inspired display against Nottingham Forest on Monday.

It was after that match Maddison said in a television interview he had not given up hope of making the squad, while also hitting back when Gary Neville asked for his thoughts on the suggestion he has not been picked because people think he “wouldn’t be a good traveller”.

But Rodgers said: “I’ve never heard that, but in fairness to Gary, he’s probably assessing it from his own experiences.

“Maybe thinking that it can be something that can be labelled at someone. But James Maddison would be the last person you’d say that would be the case about.

“He’s a team player who has this incredible individual quality.

“Look at how many positions I’ve played him in, he’s always produced the best for the team.

“His talent’s done all the talking, I can’t speak highly enough of him, I’ve seen his numbers, what more can he do?

“He’s a really open, honest guy. He’s matured into one of the best players in the Premier League.

“He’s an incredible asset for me as a manager. He’s done his talking on the pitch for a long time, he can’t do much more than keep knocking on the door.

“By the time the World Cup squad is announced, I hope he’ll have done enough to get into the squad, even though he hasn’t been involved in the build-up.”

If Maddison does make it to the World Cup, it is likely to put him in the shop window for interested clubs in January.

Rodgers does not know how discussions over a new contract for the midfielder are going, but he understands other clubs will want to sign him.

“It’s only natural you want your absolute best players to be here, and we keep saying that, but we keep losing them,” Rodgers said.

“He’s never a player you would want to lose. But I can only focus on him now and day by day.

“The beauty of James, and it’s the same with this England scenario, it hasn’t affected him. That’s where you see the level of maturity.

“What we’ve seen in the past is, sadly, players are linked with all sorts of clubs because an agent has to create a market, and then when it doesn’t come off, you see the player then go down.

“It’s never been like that, and James has been linked with loads. But he’s also a realist. He also knows he’s in a good place to develop and learn, and he knows he can focus on day-to-day life and improve. What will be in the future will be, but it will only be on the back of playing well.”