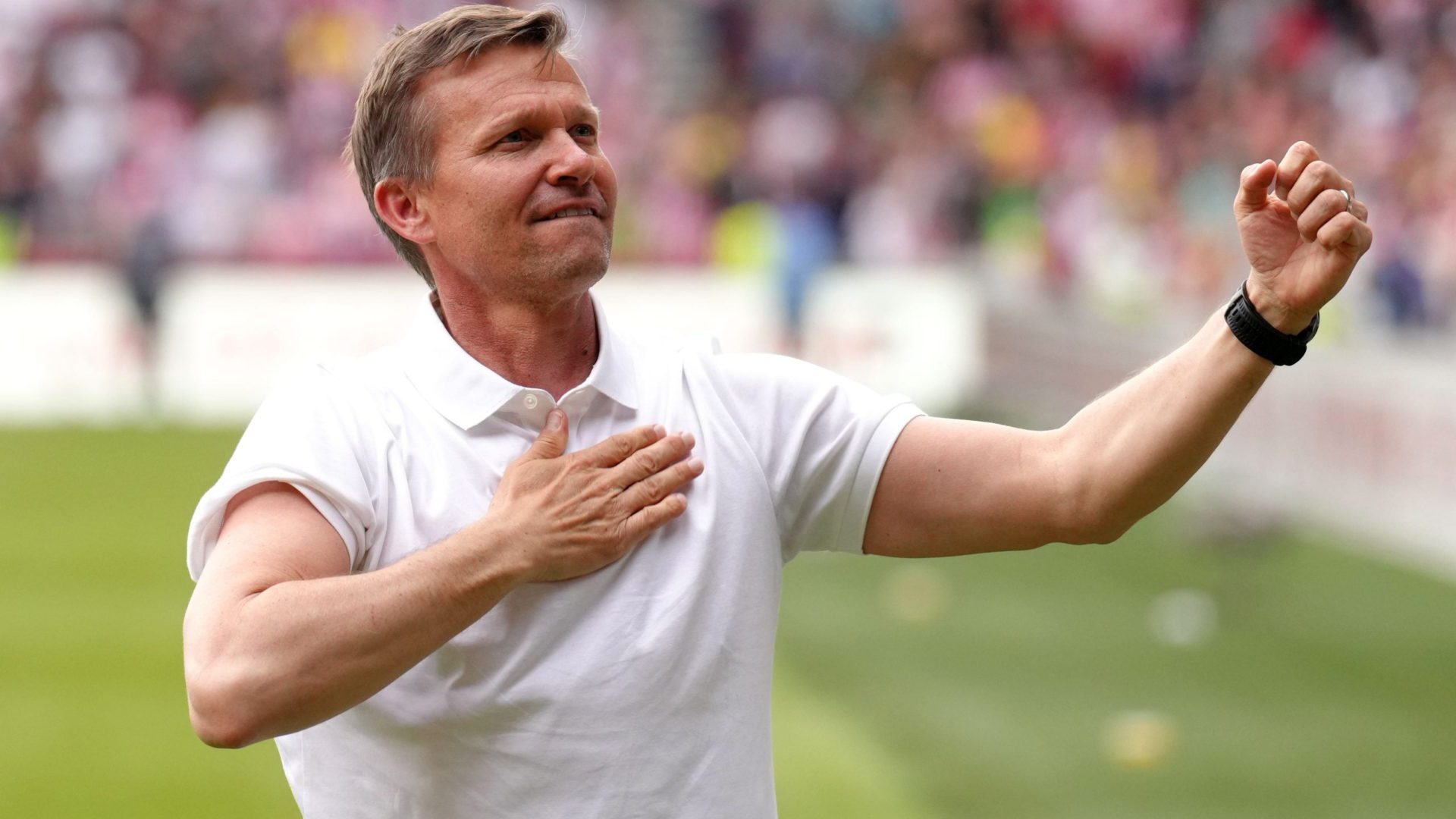 Jesse Marsch insisted he always believed Leeds would stay in the Premier League after they clinched safety on the final day of the season with a 2-1 victory against nine-man Brentford.

Leeds went into the match at the Brentford Community Stadium needing to better Burnley’s result at home to Newcastle and did so as the Clarets went down 2-1.

Leeds took the lead in the second half through Raphinha’s 56th-minute spot-kick and, after substitute Sergi Canos headed an equaliser for the Bees, Jack Harrison fired an injury-time winner to ensure Leeds beat the drop.

“I believed that we were going to do this,” insisted Leeds boss Marsch afterwards.”There wasn’t one day I didn’t believe and that’s why I never talked about being in the Championship.

“For me this business is is about belief, and about exuding it as a leader, and the other part that I had as an advantage was the group of players that we have.

“And I believe that over time with all the things we’ve been through that, that it’s made us stronger, not weaker. ”

Marsch shied away from any personal plaudits from fans for his part in Leeds’ final-day escape act.

“This is about our club and who we want to become and the unity that we have as a group.

“Don’t worry about me. If you want to criticise me, that goes with being a coach.

“What’s most important is that we are Leeds United, and the United part of our name is who we are at all moments, at all times. That will always be the case.”

“I think it was a bad football game to be fair,” he said.

“I don’t think there was any natural width and Leeds had everything at stake.

“If you had seen our dressing room afterwards they were disappointed and very angry, so you can see how much they wanted to win.

“Congratulations to Leeds staying in the Premier League – fair play to them.”

Canos picked up a needless yellow card for taking his shirt off to celebrate his equaliser and it proved crucial to the outcome.

A foul on Raphinha soon after saw him pick up a second booking and his dismissal left Brentford with nine men. They had already seen Kristoffer Ajer forced off through injury after all their substitutions had been used.

Deep into added time, Leeds were finally able to capitalise on their numerical advantage, as  Harrison’s drive from distance was deflected in.