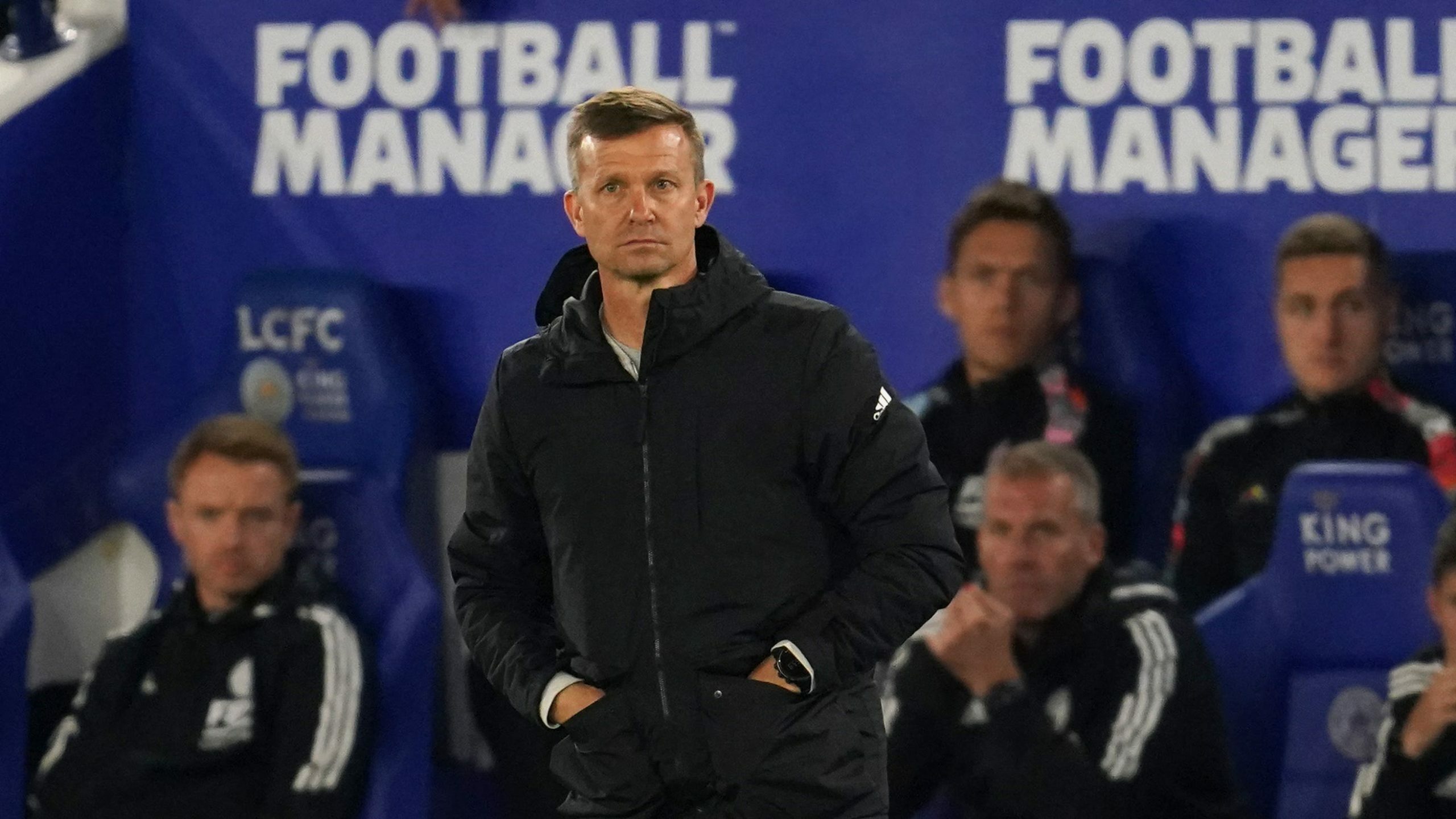 Under-fire boss Jesse Marsch insists he retains the support of the Leeds board despite their poor form.

United only sit outside the Premier League drop zone on goal difference after Robin Koch’s own goal and Harvey Barnes’ strike condemned them to a 2-0 defeat at Leicester.

Luis Sinisterra hit the bar for Leeds but the visitors fell away dramatically in the second half as the Foxes climbed off the bottom of the table.

The travelling fans vented their fury at the end of a seventh winless game with some even chanting former manager Marcelo Bielsa’s name, forcing Marsch to defend himself.

He said: “The board, we are totally unified. That’s not an issue. One of the things I saw before I came was the way the board supported Marcelo for many years. I can only say I felt that same support.

“Everybody’s p****d off. We’re all feeling like we’re letting ourselves down but we’ve got to be ready to stop the bleeding and fight for each other on Sunday (against Fulham).

“It’s the first time I’ve heard that from fans. They have the right. I’m here doing what I can to help.

“It’s nothing against the fans, maybe I should go over to them next time no matter what, I need to say sorry to them. I know I’m supported by the club.

“There were parts of the first half which were quite good but we lost the ball and almost their first time down the pitch they get a weird own goal.

“It was a big hole we dug for ourselves. It wasn’t as if it was terrible but we let ourselves down.”

Leeds had already probed for an opening before they fell behind by shooting themselves in the foot after 16 minutes.

Marc Roca lost the ball to Dennis Praet and, after a good advantage when Jamie Vardy was fouled, he tried to find Barnes in the box, only for Koch to turn his cross past Illan Meslier.

Leeds tried to hit back and Sinisterra hit the bar after a quick break before Crysencio Summerville curled wide.

But Barnes – who now has six goals in his last six games against United – continued his scoring streak 10 minutes before the break.

The industrious Praet was involved again, winning the ball which rolled to Vardy and he flicked the ball to Kiernan Dewsbury-Hall on the edge of the area.

Barnes had been left criminally unmarked by Leeds and Dewsbury-Hall easily found him to beat the exposed Meslier.

Leeds were unable to recover, with Danny Ward blocking Liam Cooper’s second-half effort, and Leicester are now just a point behind Leeds after a second win in four games.

Boss Brendan Rodgers said: “I thought it was a very good performance. We should have won at the weekend, we didn’t but it was a continuation of that.

“It was a very confident performance. It was a third clean sheet at home, we have to keep making small steps.

“Harvey is always a threat, his pace and directness is so important for us. He was someone I said a few years ago needed to score more goals. He was outstanding.

“If you looked at us tonight you would not have thought we were in that position. We have to play with fight.”