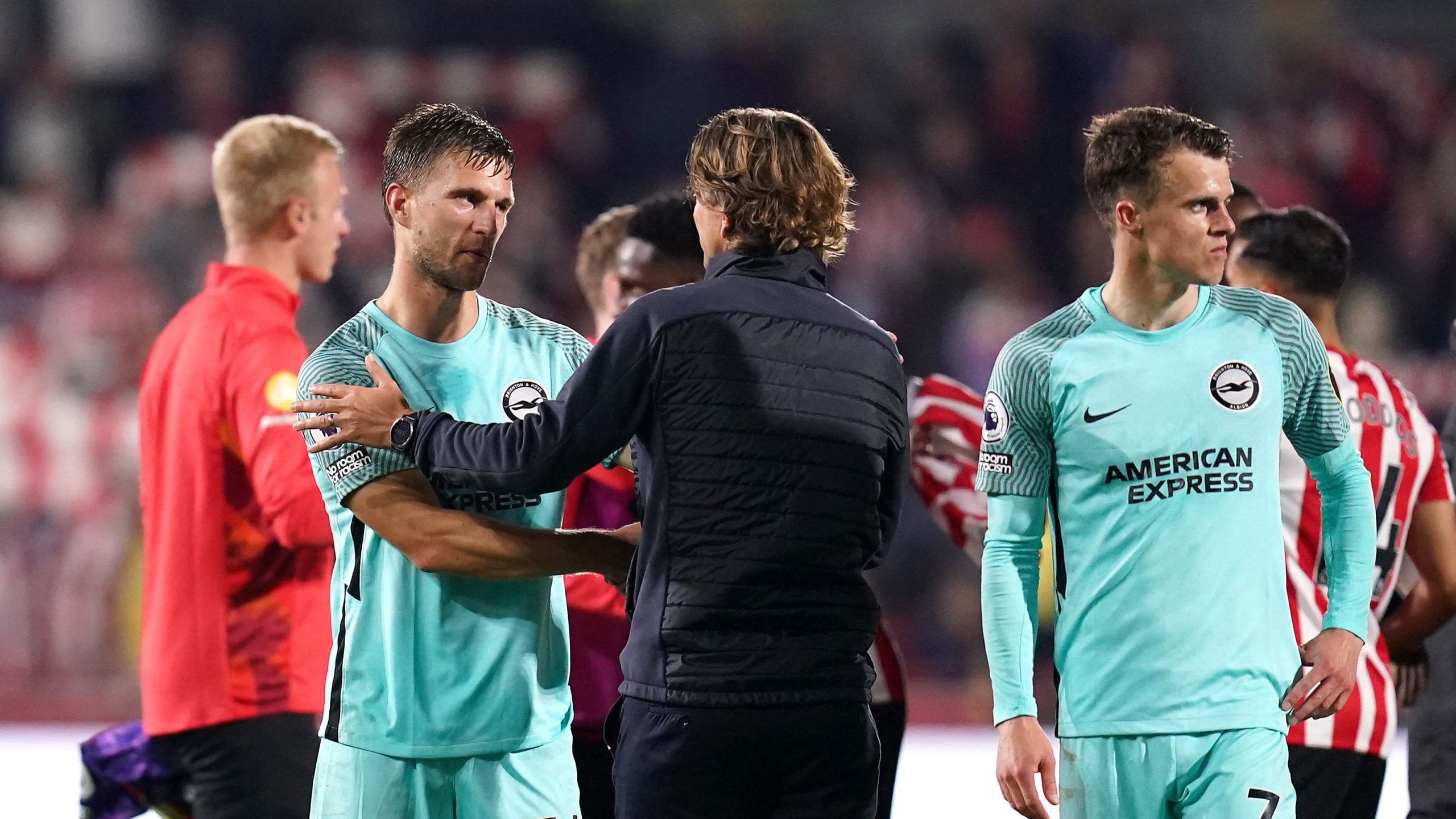 The Seagulls drew 3-3 at Liverpool in the Italian’s first match in charge but have since suffered a narrow defeat against Tottenham and lost 2-0 at Brentford in the Premier League on Friday evening.

“There is not too much wrong with us,” said Holland defender Veltman.

“We had a great result against Liverpool and we deserved a point against Tottenham and we were a bit unlucky on Friday, so there are no concerns going forward – and we have a chance quickly against Nottingham Forest to get a result.

“We didn’t play badly, even though we lost. We had some good chances but their keeper had an amazing day so sometimes you have to accept that. They scored twice, that was the difference.

“We knew going there that it was going to be a bit of a fight. We knew they would press but our fighting spirit was there. I thought a draw would’ve been a fair result.”

England World Cup hopeful Toney opened the scoring with a clever backheel and then scored his 20th penalty from 20 attempts for the Bees after he was fouled by Veltman.

Brentford boss Thomas Frank admitted his side were not at their best.

“But we were facing a very good Brighton team that is well drilled and in a good place. It was a fantastic win.”